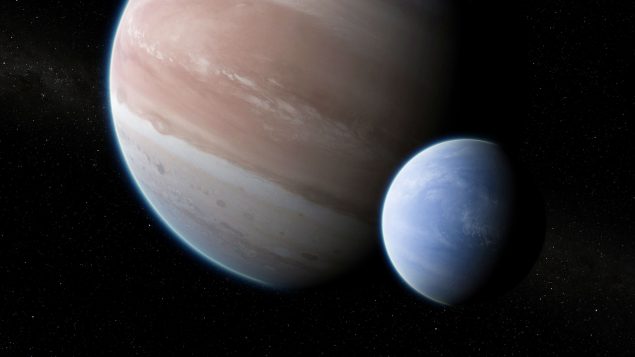 This illustration by Dan Durda shows the exoplanet Kepler-1625-b with a hypothesized moon. (Jordan Stead/AP Photo)

Further evidence of a moon outside our solar system

For the first time, astronauts last year thought they may have found a moon outside our solar system, and recent observations lend credence to the existence of this exomoon. This moon is thought to be the size and mass of Neptune.

“This tells us a lot about the…formation of planets and planetary systems. It tells a lot about how unique or how common, in fact, that our solar system is–that the setup of having planets with moons may be something quite common,” says Andrew Fazekas, an astronomy columnist with National Geographic. Astronomers suspected but this technical feat bolsters the theory. And, if the existence of this exomoon is confirmed, it could mean we should be looking for life not only on planets but on moons as well.

Evidence of this exomoon was observed through a dimming of light from the exoplanet Kepler-1625b about 7,800 light years from earth. It’s though this occurred as a moon passed across the face of the star blocking its light.

This was first observed through the Kepler telescope and then confirmed by the Hubble telescope on October 28th and 29, 2017. Astronomers are requesting more time on Hubble in May 2019 to try to confirm their results.

Their work was published in the journal Science Advances. 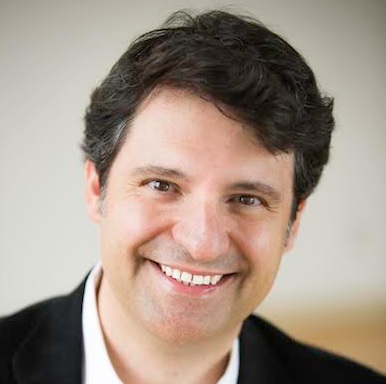 Andrew Fazekas, the Night Sky Guy, is an astronomy columnist with National Geographic and the author of Star Trek: The Official Guide to Our Universe.

Andrew Fazekas says evidence of an exoplanet confirms the belief there are other systems like ours out there.