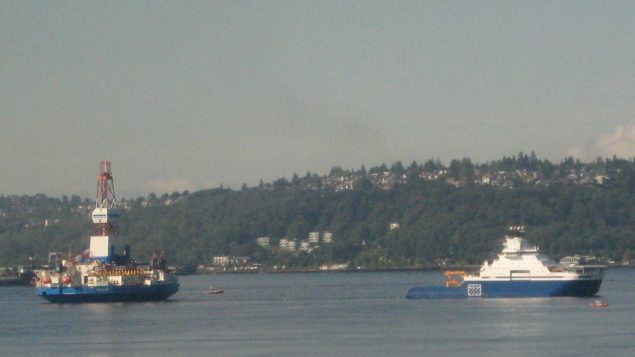 The federal government says it is open to talks with territorial governments, industry, and Indigenous governments and communities on the future of offshore oil and gas development in the Canadian Arctic, raising hopes among some that Ottawa is ready to review its ban on offshore drilling.

Northern Affairs Minister Dominic LeBlanc and Natural Resources Minister Amarjeet Sohi announced Thursday that Ottawa will negotiate a Beaufort Sea oil and gas co-management and revenue-sharing agreement with the governments of the Northwest Territories and Yukon, as well as the Inuvialuit Regional Corporation (IRC). 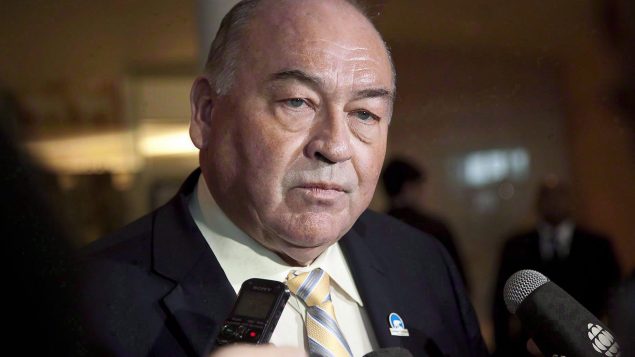 Northwest Territories Premier Bob McLeod talks to media after being picked as premier for a second term in Yellowknife, Northwest Territories, Wednesday, Dec.16, 2015. McLeod says a federal decision to stop issuing offshore oil and gas licences in the Arctic was made without consultation with the people whose economy stands to pay the price. (Bill Braden/THE CANADIAN PRESS)

Leaders of Canada’s three northern territories – Nunavut, the Northwest Territories and Yukon – were not consulted by Ottawa prior to the announcement and they were furious, said Heather Exner-Pirot, the managing editor of the Arctic Yearbook and a Research Fellow with the EU Arctic Forum.

In one of his first moves as the newly elected president of the United States, Donald Trump announced plans to reverse the Obama policy and open the American Arctic to drilling.

The joint Trudeau-Obama announcement in 2016 had come as the Liberal government was about to launch its Arctic Policy Framework co-development process, making it very difficult for the federal government to say that they were entering it in good faith, Exner-Pirot said.

After a year and a half of consultations and negotiations on the Arctic Policy Framework, the federal government heard again and again about northern dissatisfaction with the unilateral imposition of the moratorium, Exner-Pirot said. 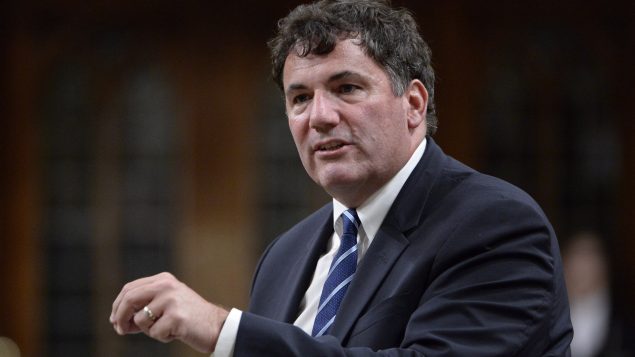 Leblanc, who visited Yellowknife in August, emphasized that that Liberals heard northern concerns loud and clear.

“During extensive consultations, our partners were very clear: they want to be involved in the management of Arctic offshore oil and gas resources, and they want to see economic prosperity and jobs that will benefit Indigenous peoples and all Northerners in the future without affecting the health of their environment,” LeBlanc said.

Sohi said in a release that the government has been working with both the territories and the energy industry.

“We heard loud and clear that the protection of the Arctic environment and the sustainable, inclusive development of the region for the benefit of Northern residents and all Canadians are critical to growing Canada’s economy.”

“As a resource-rich jurisdiction, the strength of the Northwest Territories economy and the wellbeing of its residents depends on the sustainable development of its natural resources,” McLeod said in a statement. “That includes the responsible development of the NWT’s significant onshore and offshore oil and gas resources.”

As part of the devolution of powers agreement signed five year ago, between the federal government and the territory, Ottawa had promised to negotiate the shared management of offshore oil and gas resources with the NWT and Inuvialuit Regional Corporation (IRC), McLeod said.

Thursday’s announcement to negotiate a Beaufort Sea oil and gas co-management and revenue sharing agreement with the NWT, the IRC and Yukon is concrete progress towards this commitment, he said.

“We are also pleased to note that Northerners will be partners in the co-development of the scope and governance framework for a science-based five-year review of the moratorium on offshore drilling in Arctic waters, recognizing that considerable scientific study has already been completed in the Beaufort Sea, much of it spearheaded by the IRC,” McLeod said.

However, much will depend on oil prices, which still haven’t recovered enough to justify the massive investment in offshore exploration and drilling, said Exner-Pirot.

Interest in the Beaufort Sea offshore drilling in the early 2010s was driven by high oil prices, but it died down as oil prices plummeted following the 2008 financial crisis after reaching a peak of $103.67 per barrel. Imperial Oil, which still holds large exploration leases in those waters, cancelled its drilling program in 2015.

As part of Thursday’s announcement, the government also said it would preserve existing offshore exploration rights for energy companies and remit the balance of any deposits related to licences to affected licence holders.

However, suspension any oil and gas activities will remain in place for the duration of the moratorium.