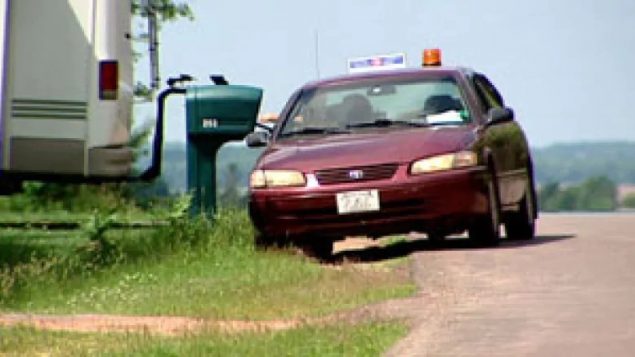 Under the trade deal, Canadians buying small items online from the US will still pay tax if they use Canada Post, but not if they use American courier services. (CBC)

Canada is so huge, it’s difficult even for Canadians to imagine. Distances are enormous, but the Crown corporation Canada Post is mandated to deliver mail to all Canadians, many of whom of course live in rural areas.

In recent years, American-based parcel delivery services such as FedEx and UPS have made big inroads in Canada especially in urban areas.  Because of the expense in time and fuel making delivery to rural areas not profitable, they generally leave that to the publicly-owned Canada Post.

“This is a subsidy for the big private courier companies who don’t deliver to rural Canada,” Brenda McAuley, national president of the CPAA.

The new tentative USMCA free trade deal among the U.S. Canada, and Mexico has an aspect that has angered the Canadian Postmasters and Assistants Association.  In a press release they say they are “incensed” by the deal.

The deal raises the bar for sales tax exemption for online purchases from the U.S. from the current $20 to the new level of $40.

Such purchases would of course be delivered by mail, either by these private companies, or by the publicly owned Canada Post, except that Canada Post has been excluded.

In a press release Brenda McAuley, national president of the CPAA, said, “When people are being forced to pay more for Canada Post shipping, those in cities and towns who have the choice will go elsewhere, slowly starving our post office of the revenue it needs. Rural areas that are less profitable to deliver to will be sacrificed.”

The press realease also says that by “giving preferential treatment to private couriers, they’re cutting our post office out of the profitable parcel business and unfairly penalizing rural Canada in the process” adding,  “I can’t see why the Liberals would do this to Canada Post unless they have privatization in mind,”

The CPAA says it intends to bring their concens to federal politicians before the trade deal goes to debate in Parliament and ratification.

The tentative USMCA also has an aspect of concern to Canadian retail stores. The duty-free level (known as de minimus) has also been raised. Canadians buying online from the U.S, up to $150 worth of goods duty free, and increase from the aforementioned $20 de minimus level. 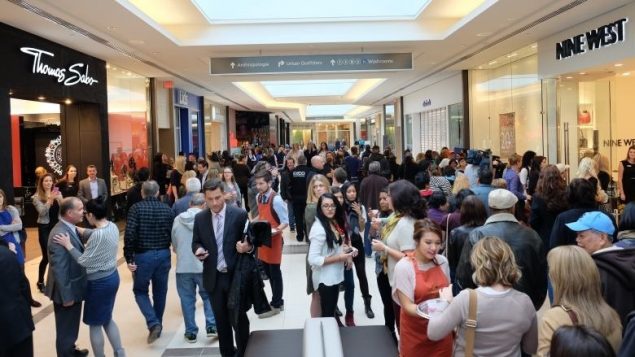 Retailers in Canada are beginning to express concern about potential loss of sales to online US retailers under USMCA. (Teghan Beaudette/CBC)

Canadian Tire, is a major retail chain of automotive, tool, hardware, housewares, and sporting goods.  A short statement by the company on October 1, is perhaps the first shot in retail reaction by saying the federal government should give Canadian companies the same tax break it is offering to American companies.

“Canadian Tire expects and, frankly, assumes that the federal government will create a level playing field by extending the same treatment to Canadian retailers. Doing so will support Canadian retail workers while further reducing prices for Canadian consumers, a win-win solution that Canadian Tire fully supports”.

Other experts have said that the exchange rate between Canadian and U.S. money would likely mitigate any rush by Canadians to purchase from the U.S.

Canadian Tire’s statement aside, there has been no formal complaint from retailers associations as they continue to study the implications of the deal.

The deal will be signed in Canada before Parliament pauses for a winter break. However actual ratification is longer process that requires debate and approval in the House of Commons and Senate. That could take months and a general election is set for June in 2019, meaning there is a possibility the trade deal could become an election issue.