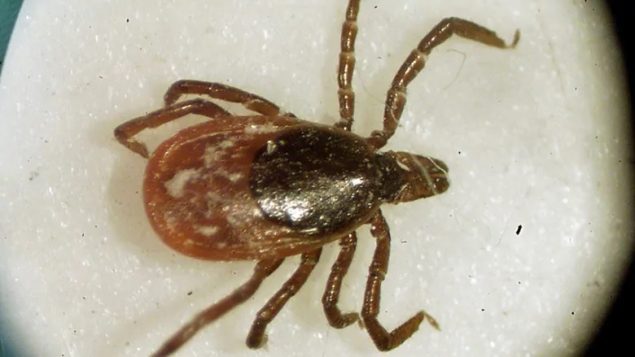 Lyme disease may be vastly under-detected in Canada

A new report by two researchers suggests there may be many more people suffering from Lyme disease than reporte.

The researchers from Mt Allison University in New Brunswick, and from the University of Calgary, said that unreliable blood tests are leading to misdiagnosing of cases.  Typical blood testing for the bacteria carried by black-legged ticks is unreliable particularly in early stages of the disease.

While the same tests are done in the U.S, the Centre for Disease Control (CDC) recognises the limitation and upped their estimates by a factor of ten. Saying that the blood testing in Canada is less accurate, the researchers there could be as many as 30 times greater number of Lyme cases than is reported . The 22-page study was published in the journal Healthcare. 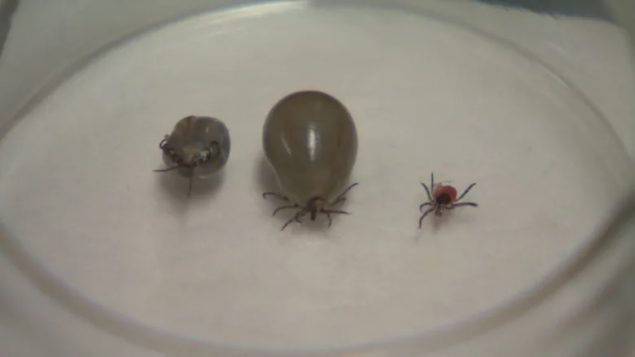 Biologist and co-author Vett Lloyd of Mt Allison University, was herself infected with Lyme five years ago and had to leave the province to get adequate care.

The two researchers took existing data from the Public Health Agency of Canada, and the American Public Health service, along with case reportings of canine infection, and other peer reviewed scientific literature.

The Chronicle Herald mentions that Donna Lugar, director of the Nova Scotia branch of CanLyme, was surprised at the findings, but also notes that she communicates with hundreds of Nova Scotians every year who claim to have the disease but go undiagnosed and untreated. 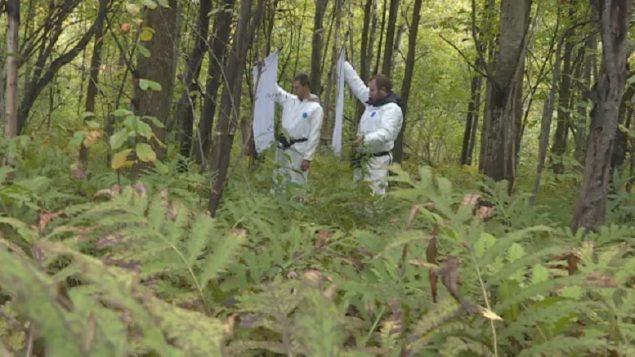 To collect ticks for research data, white sheets are dragged through the brush. When the ticks detect passing movement they latch on thinking its a passing animal. Here researchers from the University of Ottawa hunt for ticks at a conservation this month area as they collect data for a three-year tick population study. (Robyn Miller)

About 20-30 per cent of black legged ticks carry the Lyme bacteria and researchers note that climate change is enabling the ticks to expand their range further into Canada.

In 1990, they were only reported in a very limited area in Ontario, but now can be found in southern to mid-regions throughout Ontario, Quebec and the maritime provinces, as well as in Manitoba and a small area of southern British Columbia.

There were some 1,479 reported cases of Lyme across Canada in 2017, almost a 50 per cent increase from the previous year.

Lyme symptoms include rashes, fevers, stiffness of joints, and if left untreated it can cause facial paralysis and compromise neurological function.