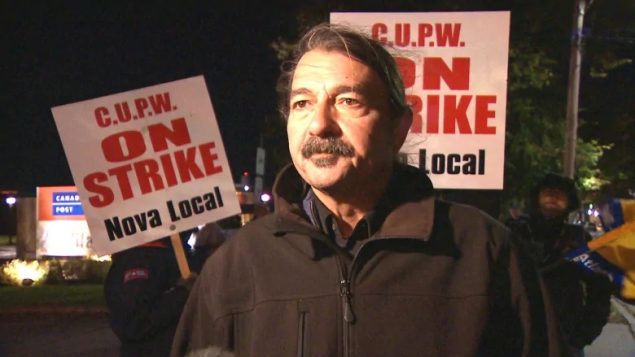 Tony Rogers, president of the Nova Local of the Canadian Union of Postal Workers, says workers are 'insulted' by the contract offers by Canada Post. (CBC)

Canada’s national postal union had begun a series of rotating strikes as they seek a better contract with the public mail delivery service.

The union representing about 50,000 workers began a series fo rotating strikes at four cities across Canada as a pressure tactic in ongoing contract negotiations.

The talks have been going on for about a year and the union says there has been no deal on remaining issues of job security, an end to forced overtime, better health and safety measures and gender equality.

The rotating strikes last for 24 hours, Both sides say mail will be delivered in those locations and in others not affected by strike action but there will be delays. 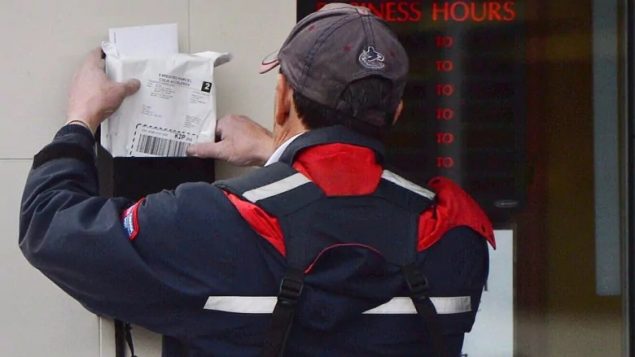 Canada’s new cannabis law means mail delivery of cannabis from online sales could slow down workers on the route due to needing to verify identity and age or recipient, and have them sign for it (Sean Kilpatrick-CP)

With recreational cannabis use now legal, online sales have jumped and many wonder where their packages might be. Although mail deliveries will continue, albeit slower, Canada Post in response has said it has the option of resorting to courier services for parcel delivery if the system gets backed up.

The postal union has already expressed concern about increased pot deliveries and the additional time it takes.  Postal workers must verify the recipient’s name and age  and have them sign for the package, all of which takes time.

A postal spokesman said while workers have been delivering the occasional medical marijuana package, if they have to deliver several it will slow down the delivery of mail,  The CUPW representative said the delivery routes are not designed for workers to spend so much time at the door.