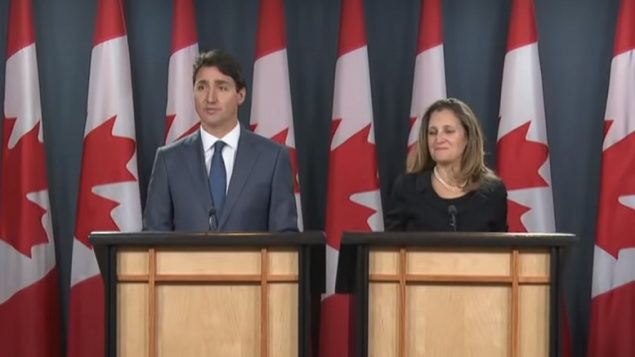 While the Prime Minister happily announced the new deal that replaced NAFTA, known as USMCA, is a win for Canadians, it seems that Canadians are not nearly as impressed by the tri-partite agreement.

A new survey by the Angus Reid Institute shows however a majority seem not to agree.  The poll shows more Canadians are displeased or very displeased with the deal than would agree with the Prime Minister and are pleased with the result.  While the opinions tend to be split along party lines, even many Liberal voters felt it wasn’t such a good deal. 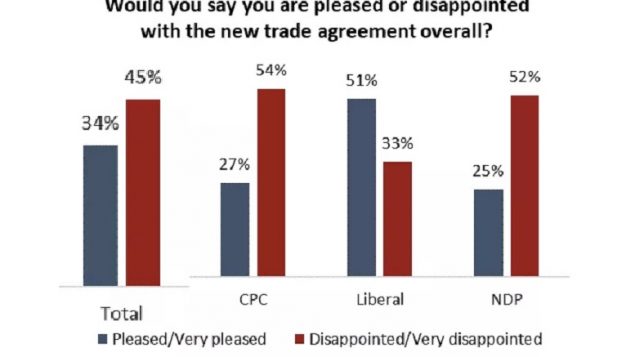 Meanwhile, Canadians opinion of their biggest trading partner has taken a turn for the worse.

Another third (31%) felt that getting this deal was about the same as having no deal, while an almost similar number (34%) thought the deal was worse. 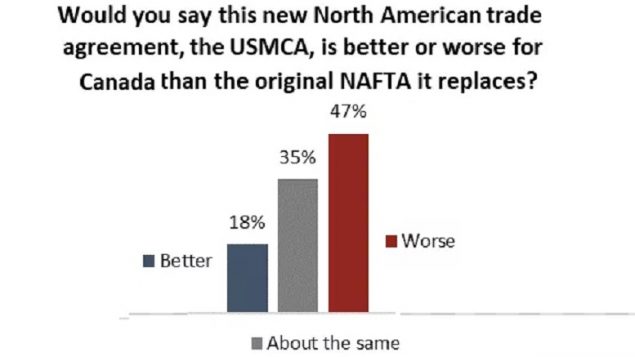 The Prime Minister seems to have suffered the most with 37% pleased with his performance, while 52 per cent said they were disappointed