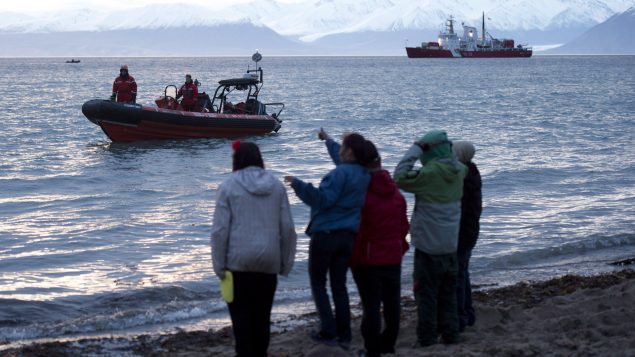 Environmental and Indigenous groups hailed Friday progress made by the world maritime body towards developing a ban on the use and carriage of the highly polluting heavy fuel oil in Arctic waters.

As the International Maritime Organization’s Marine Environment Protection Committee’s (MEPC 73) meeting concluded in London, several member states of the United Nations’ specialized agency supported a move to have a technical subcommittee of the IMO begin work on measures to mitigate risks of using and carrying heavy fuel oil in Arctic waters, including an eventual ban.

At Canada’s insistence, MEPC73 also discussed methodology of assessing impacts of the potential ban on Indigenous and northern communities as well as industry before referring the matter to the Pollution Prevention and Response subcommittee (PPR6), for its next meeting in February 2019.

Loud calls for a ban 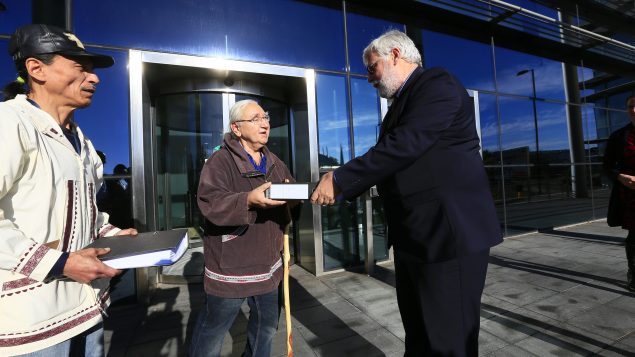 George Edwardson, board member for Inuit Circumpolar Council-Alaska and President of the Inupiat Community of the Arctic Slope (ICAS) hands the first of three binders holding over 104,000 signatures on an international petition calling for Carnival Corporation to end its use of heavy fuel oil in the Arctic and Subarctic to Tom Strang, Senior Vice President of Maritime Affairs for cruise industry giant. (Jiri Rezac/Stand.earth)

Delbert Pungowiyi, President of the Native Village of Savoonga, Alaska, said a ban must be in place as soon as possible.

“Our Arctic communities, wildlife and ocean need it, as they are already stressed by climate change and increased shipping in the region,” Pungowiyi said in a statement.  “The world depends on and benefits from a healthy Arctic Ocean.”

George Edwardson, president of the Iñupiat community of the Arctic Slope and board member for Inuit Circumpolar Council – Alaska (ICC – Alaska), both the Alaska Federation of Natives and the Inuit Circumpolar Council, the international organization representing the Inuit of Russia, Alaska, Canada and Greenland, have adopted resolutions calling for phase out the use of heavy fuel oil in the Arctic.

“The international maritime community must do the responsible thing and listen to Arctic indigenous peoples who depend on a healthy Arctic marine environment,” Edwardson said.

One of the points of the declaration calls for a phase out of HFO in the Arctic in order to minimize impacts on marine animals and fish, to protect the environment and to prevent disrupting Inuit harvesting of marine wildlife, Koperqualuk said Thursday in phone interview from London.

(listen to the full interview with Lisa Koperqualuk)

While the IMO has banned the use of heavy fuel oil in ships operating in the Antarctic waters, the situation in the Arctic is somewhat different, she said.

“This is proper and good for the protection of the environment in the Antarctic where there are no communities,” Koperqualuk said. “But in the Arctic we have many communities, Inuit communities and other Indigenous groups, who may be impacted by the ban on heavy fuel oil in ships that go through the Arctic.”

“Though we really want the ban of heavy fuel oil to be done, for sure, for sure, we also need to make sure that our communities are not negatively impacted and that they don’t end paying for changes that would occur because of the heavy fuel oil ban.”

Sian Prior, lead advisor to the Clean Arctic Alliance, a coalition of 18 NGOs, said they are pleased with progress made at MEPC this week and that work to develop a ban on use and carriage of heavy fuel oil by ships in Arctic waters will now commence early in 2019.

“It is important that this work is concluded swiftly, so that the ban can be adopted in 2021, and phased in by 2023,” she said. “We look forward to considering information from Arctic countries including Canada, United States, Greenland (Denmark), and Russia, on the potential social, economic and environmental impacts of a ban.”