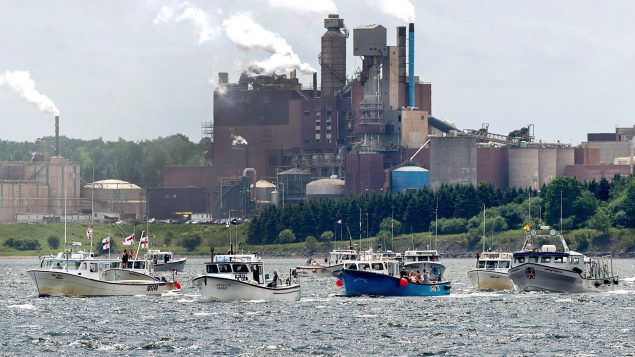 Several fishermen vow to block a boat hired to study a proposed pipeline that would dump effluent from a pulp mill into water off Canada’s eastern shores. Northern Pulp wants to build a pipeline overland and underground that would transfer waste water into the Northumberland Strait about four kilometres offshore.

Many fishermen from indigenous communities and from the provinces of Nova Scotia, Prince Edward Island and New Brunswick are opposed. They says the pipeline would discharge effluent right into lobster, herring mackerel and rock crab fishing grounds. 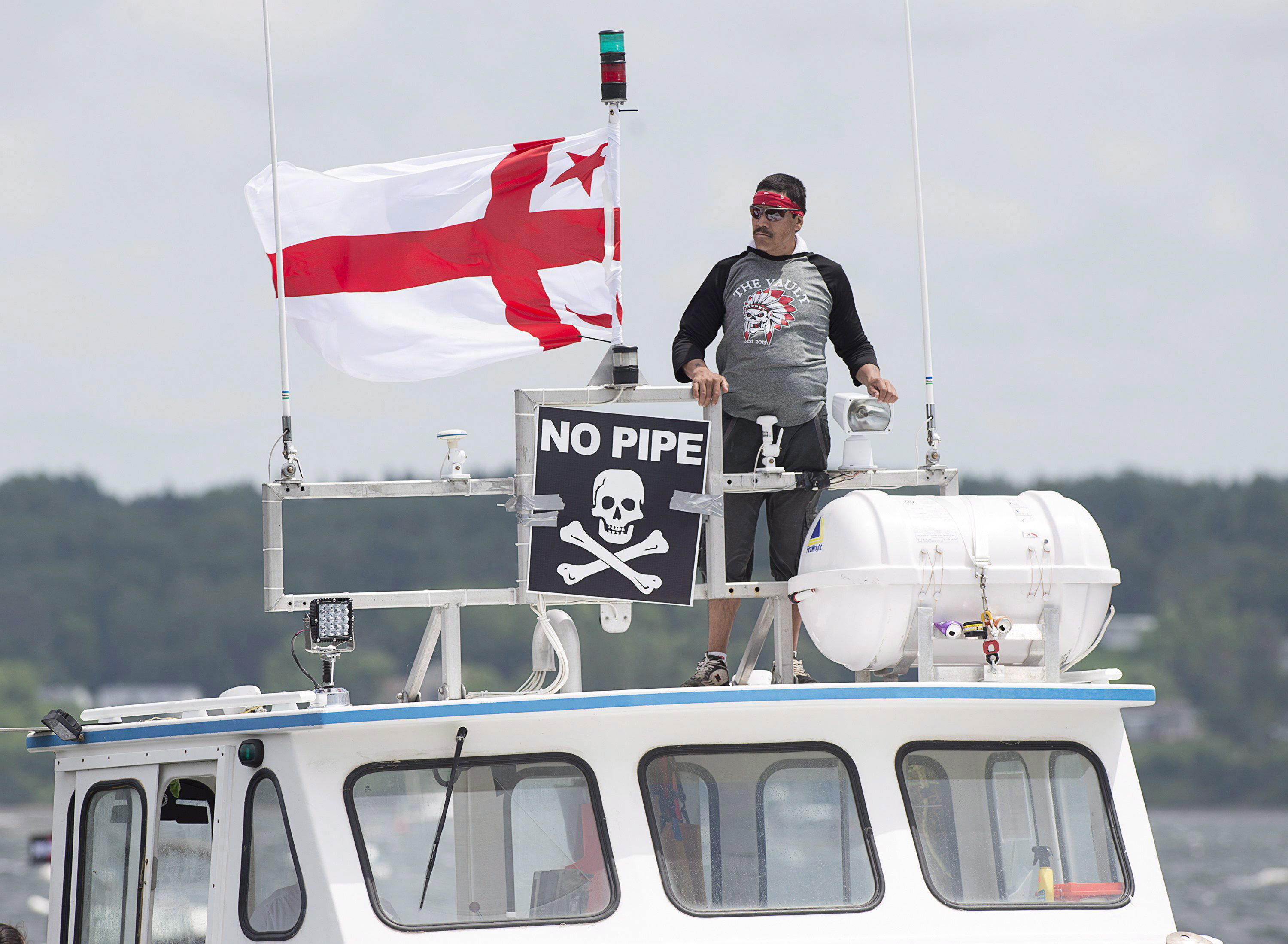 An Indigenous fisherman rides a boat with a banner illustrating his opposition to the pulp mill’s plans to build a pipeline to dump effluent into the ocean. (Andrew Vaughan/The Canadian Press/July 6, 2018)

For years. the mill has been dumping 70 million litres of treated waste every day into lagoons near the Pictou Landing First Nation indigenous reserve. Canadian Press quotes former Nova Scotia environment minister Iain Rankin as calling it one of the worst cases of environmental racism in Canada.

If the mill does not find another way to discharge its effluent it could close down.

There have been several other events to protest the building of the pipeline. Now, fishermen vow to come every day to block the survey vessel from leaving Pictou’s harbour.

With files from CBC and The Canadian Press.