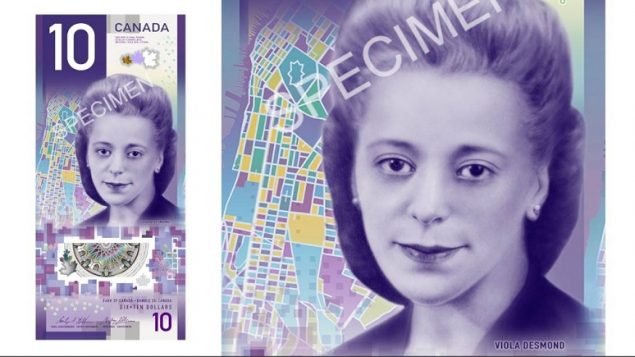 Announced in March, the new $10 banknote will be released next week featuring the image of civil rights icon, Viola DesmondBank of Canada- Canadian Press- handout

After much debate about who should be portrayed on the next series of Canadian banknotes, it was announced in 2016 that Viola Desmond would be among those to be featured.

Years before American Rosa Parks protested for her civil rights in the U.S., Desmond was involved in her own civil rights protest in Nova Scotia Canada.

A successful black businesswoman in 1946, she refused to give up her seat in a segregated movie theatre. Arrested, she argued her case in court but lost, but it nevertheless became the catalyst for change and eventual elimination of segregation laws.

First featured on a postage stamp, her image will now be featured on the popular $10 banknote.

Announced earlier this year, the long-anticipated new banknote will be released into circulation next week.

It will represent some firsts as well. It will be the first time a Canadian woman has been prominently featured on a banknote, and the first time the image will be vertically oriented, which allows for a large portrait. 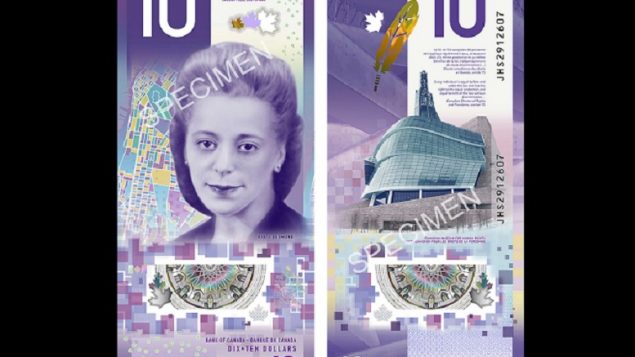 Another view of the new banknote, first to be printed with vertical images, showing Desmond on the face, and the Canadian Museum of Human Rights on the back ( Bank of Canada-Flikr)

It will also feature a map of the north end of Halifax, where Desmond opened her first salon, and location of one of Canada’s oldest black communities.

The reverse side will show an image of the Canadian Museum of Human Rights located in Winnipeg, Manitoba.