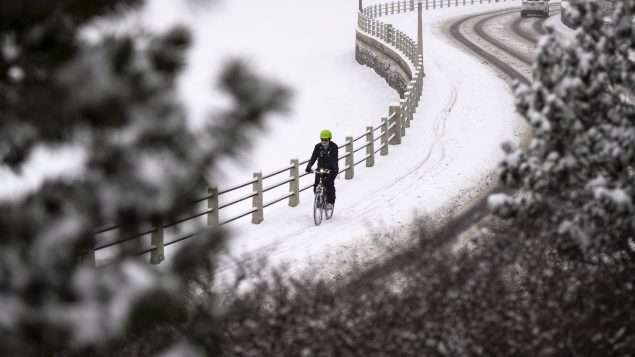 Snow on the Rideau Canal: A cyclist makes their way along the canal's Eastern Pathway after the first major snowfall of the season in Ottawa this morning. Environment Canada released a winter weather travel advisory for the Ottawa region, with an expected snowfall of 10 to 15 cm. THE CANADIAN PRESS/Justin Tang

Snow began falling in Toronto yesterday around 3 pm just before the evening commute.

Then, moving east, the snowstorm blanketed Montreal for the morning commute.

Fortunately it’s a weekend and people can get fully prepared with the shovels and snow brushes necessary for the next 4 months. 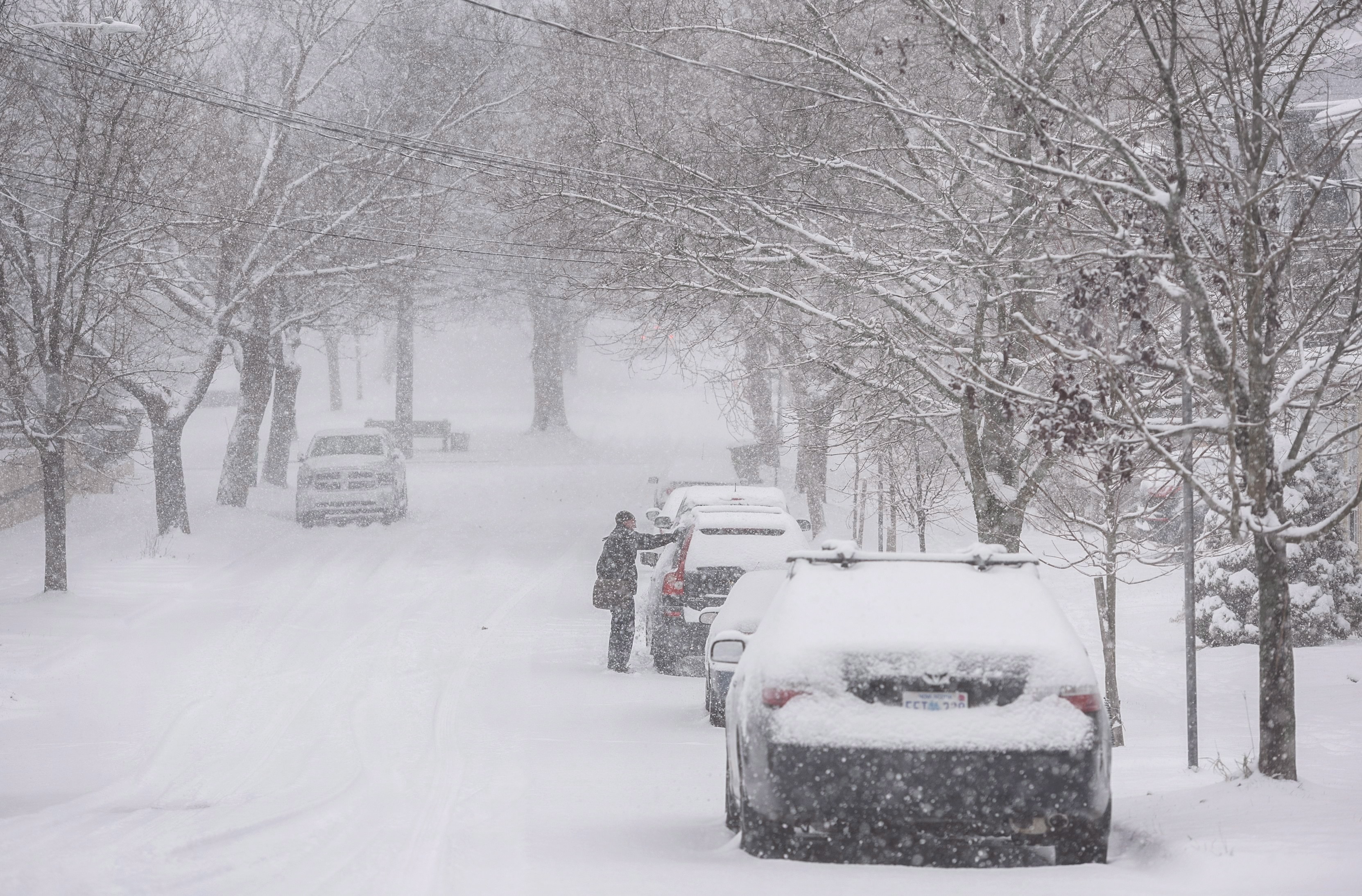 Snow clearing is how many poeple began the day in eastern Canada, like this man in Halifax, as a winter storm brings the first significant snowfall in Nova Scotia today. THE CANADIAN PRESS/Darren Calabrese

Most importantly are the snow tires that help navigate the conditions. In the province of Quebec, snow tires are mandatory on cars, by the advanced deadline this year of December 1st.

For the Maritime provinces, New Brunswick, Prince Edward Island and Nova Scotia, more than 25 centimetres is expected with most schools in the provinces closed for the first “Snow Day” of the season.