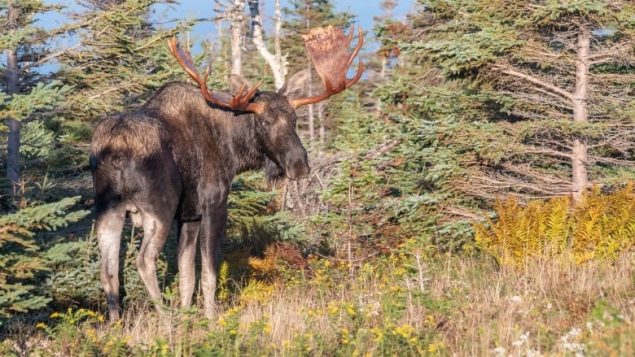 Called “Bring Back the Boreal” (forest), to pilot project involves a moose cull in the Cape Breton Highlands National Park. The five year plan, now in its final year, is an effort to restore the park’s boreal forest to its natural state.

The moose are being blamed for chewing the twigs of growing balsam and fir trees preventing their growth, and therefore preventing regeneration of the forest. 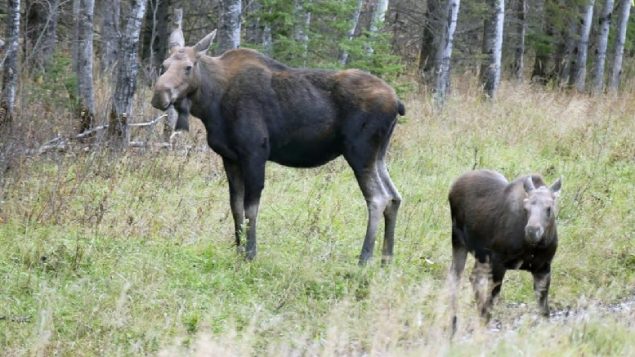 A female and calf. A moose eats between 3 and 8 kilos of plants per day, which often included the young shoots of trees. (Jilian Coubrough via Radio-Canada)

The plan involves using helicopters to spot moose, then fly aboriginal Mi’kmaq hunters to the area, then fly out the carcasses.

The moose killed are not wasted but used by the Mi’kmaq to feed their communities, and the hides are used to make clothing or things like ceremonial drums.

So far 122 moose have been killed in the 20 square kilometer pilot project area out of some 1,800 estimated in the park. 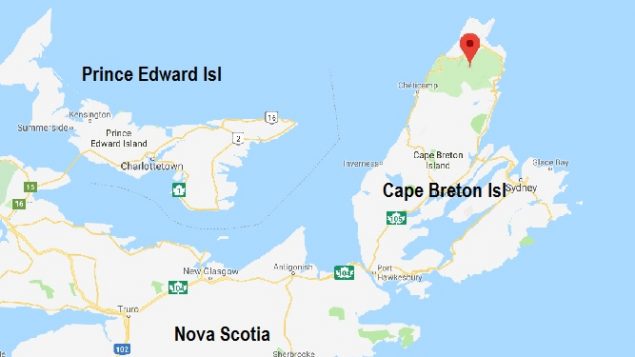 However, after calculating costs for the helicopters, Parks wardens, and police (who dealt with protests) the cost to taxpayers per animal is estimated at $7.900.

Courage disagrees saying predators hunt the old, weak and sick, but the hunters are removing healthy moose from the population. 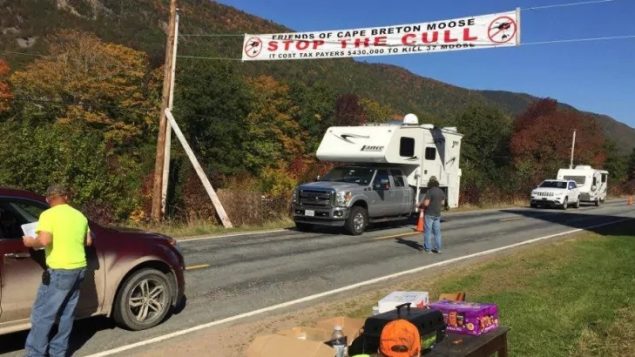 Members of the Friends of Cape Breton Moose hand out flyers on the Cabot Trail in 2016. There have been no protests so far this year. (submitted via CBC)

There have been no protests this year and Rob Howey, resource conservation manager for Parks Canada, has said they are working with local communities to work on the best course of action going forward.

He says the culling effort is achiieving the desired result with significantly less damage to the young trees but adds no decision has yet been made on the future of the cull.

This year’s cull began early this month and is expected to continue until December 3.