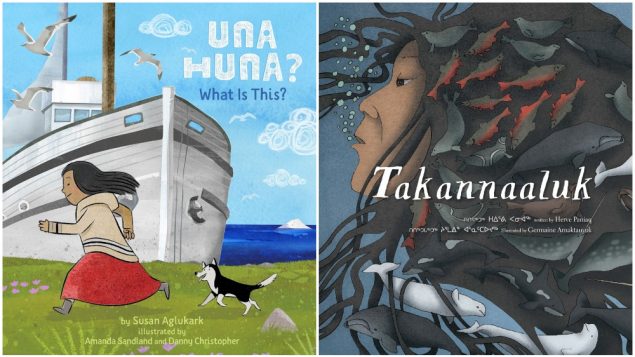 The covers of Una Huna?: What Is This? by Susan Aglukark (left) and Takannaaluk by Herve Paniaq (right), two new children's books from Inhabit Media, a publishing company in Canada's eastern Arctic territory of Nunavut. (Courtesy Inhabit Media)

Eye on the Arctic participated in Espaces autochtones, a show from the Canadian Broadcasting Corporation’s French-language service Radio-Canada,  to talk about the popular books and reading recommendations from independent bookstores and publishers based in Canada’s northern territories. 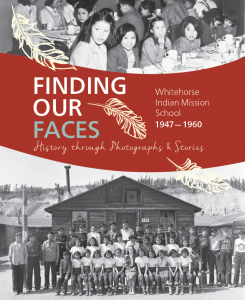 Books about the residential school experience continue to sell well and dominate Indigenous literature says Lise Schonewille, the buyer at Mac’s Fireweed Books in Whitehorse, the capital of Canada’s northwestern Yukon territory. Sugar Falls by David Alexander Robertson, They Called Me Number One by Bev Sellars and Speaking Our Truth by Monique Gray Smith are three books by southern Indigenous authors that the store recommends.

For those interested in Yukon, Schonewille recommends Finding our Faces from the Whitehorse Aboriginal Women’s Circle, a book featuring photos and stories from former students of the Whitehorse Baptist Mission School.

Adeline Webber, a member of the Teslin Tlingit First Nation, and a student at the school from 1952-1960, initiated the search for photos and stories to create a  book for former students and their decedents. It launched in 2015 but was so popular that demand exceeded their initial run. As more people found out about the project, more people got in contact to offer their photos to the project. A second edition was published in October. 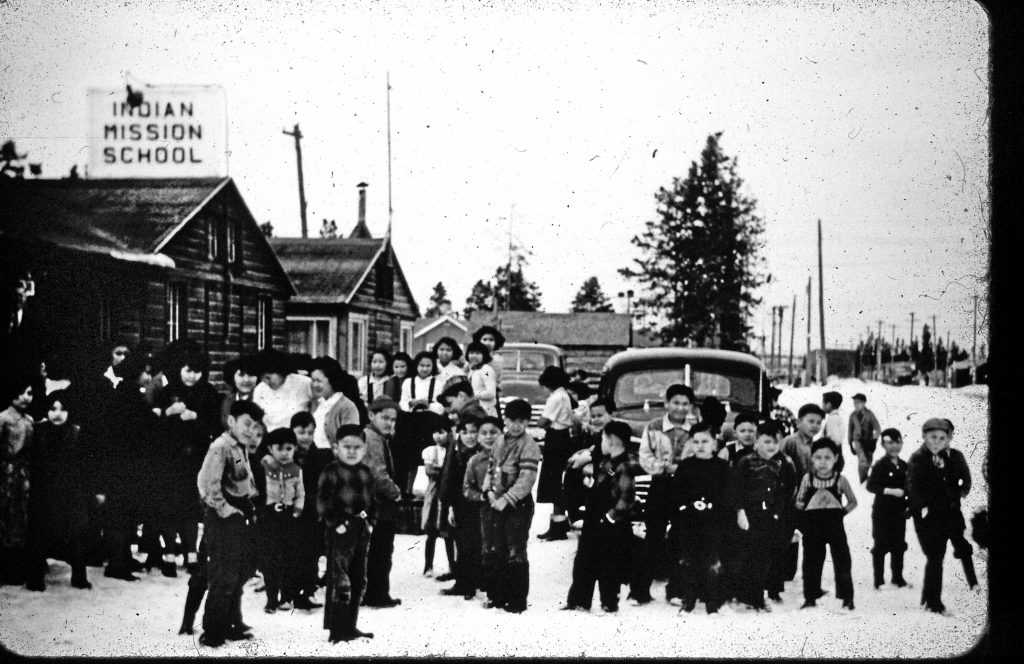 “This has been a difficult book for some but it’s also treasured by survivors and their children and grandchildren, because this is the history. It’s important for all of us,” says Adeline Webber, the woman behind the Finding our Faces project. (Courtesy Whitehorse Aboriginal Women’s Circle)

Webber told Eye on the Arctic she hopes the book can also eventually be used in school programs.

“Many people here in Yukon told me after the book was published  that they hadn’t even known that there had ever been a residential school in downtown Whitehorse. But that’s the way it was. This has been a difficult book for some but it’s also treasured by survivors and their children and grandchildren, because this is the history. It’s important for all of us.”

Tilly and the Crazy Eights 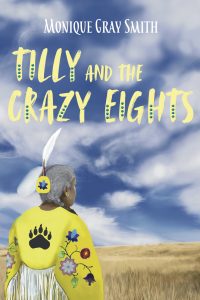 Indigenous literature is more diverse than most Canadians realize and there are more writers and books to recommend than she has time to list, says Judith Drinnan, owner of the Yellowknife Book Cellar in Canada’s Northwest Territories (NWT).

She says authors like Richard Van Camp, a Tłı̨chǫ writer from the NWT  town of Fort Smith, does everything from short stories and children’s books to graphic novels and poetry. She also recommends work by Monique Gray Smith, a Victoria-based Indigenous writer of Cree, Lakota and Scottish ancestry, saying Gray Smith’s most recent book Tilly and the Crazy Eights, a novel about of a group of elders from the Canadian province of British Columbia who take a road trip to the Gathering of Nations powwow in the American state of New Mexico, as a story “full of humour and life.” 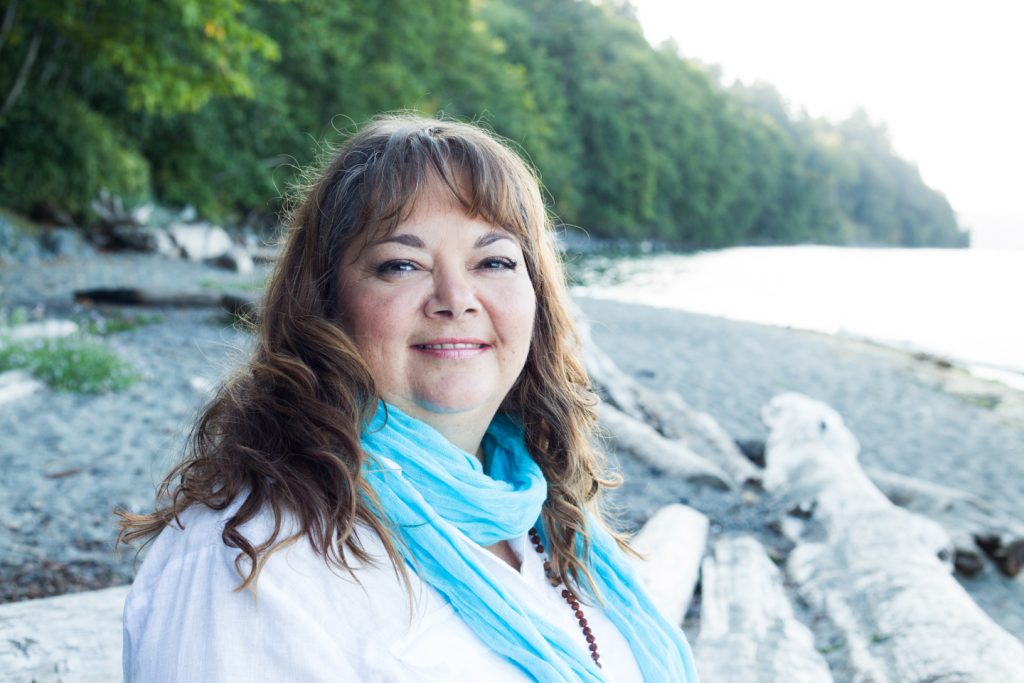 “The marking team, they didn’t think  there would be enough interest (in Tilly and the Crazy Eights) because there wasn’t enough trauma in the book,” says Gray Smith of one publisher that rejected her manuscript. “That really said a lot to me about what people are thinking is still needed in regards to literature that focuses on Indigenous characters.” (Centric Photography/Courtesy Second Story Press)

Radio Canada International’s Eilís Quinn speaks with author Monique Gray Smith for more on Tilly and the Crazy Eights, the importance of literature in reconciliation-era Canada and to get her recommendations for upcoming books by Indigenous authors from the North: 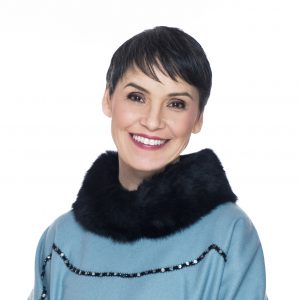 Nunavut singer Susan Aglukark is the author of new children’s book Una Huna?: What Is This? (Courtesy Inhabit Media)

Una Huna?: What Is This?
Susan Aglukark

Inhabit Media is an Inuit-owned publisher based in Canada’s eastern Arctic territory of Nunavut and was founded to promote and preserve the territory’s stories.  But their writers and books are now also getting international attention. At the Frankfurt Book Fair in October, Inhabit Media began negotiating international rights for some of their books with publishers from countries like Mexico, Italy, China and Kazakhstan.

Neil Christopher, one of the company’s managing partners, recommends two children’s books: Takannaaluk, a book coming out this month by Igloolik elder Herve Paniaq and featuring artwork by Igloolik illustrator Germaine Arnaktauyok, about the Inuit goddess of the sea; and Una Huna?: What Is This?, by Susan Aglukark, a famous  Inuit singer from Nunavut. The book is the first in a series based on conversations Aglukark had with her mother about European arrival in the Canadian Arctic. The story follows a little girl as she learns about forks, knives and spoons for the first time and what the new objects may mean to her way of life.

“The more we can teach children about Inuit culture around the world the better it will be,” Christopher told Eye on the Arctic, citing things like EU seal ban and the devastating effect it’s had on Inuit communities. “Instead of yelling at the adults, let’s talk to the children, so when they grow up, they understand what this culture is about.”