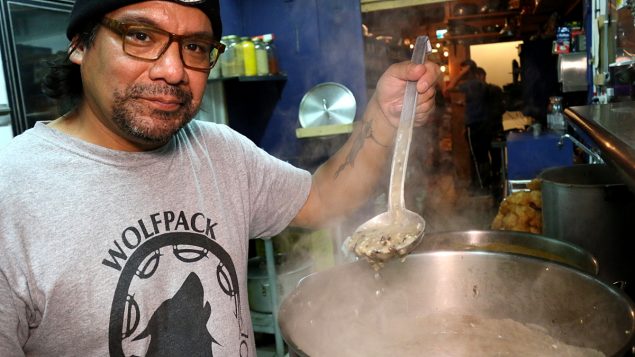 Alan Harrington, an Ojibwe from Shoal Lake 39 First Nation, in Ontario, makes a moose and deer stew during the Nomad Festival at the restaurant La Khaima in Montreal. Photo: RCI/Marie-Claude Simard

Ojibwe chef Alan Harrington makes a delicious moose and deer stew. He served it with traditional fried bread last week at the Nomad Festival in Montreal in the Mauritanian restaurant La Khaima. During this event, he talked about his passion for hunting and cooking, and how it allowed him to reconnect with his Ojibwe roots.

“Last year I went hunting and it wasn’t very successful(…). This year, I was blessed to be able to bring home a moose and a deer to our family”, he explained to a roomful of people before serving the stew. 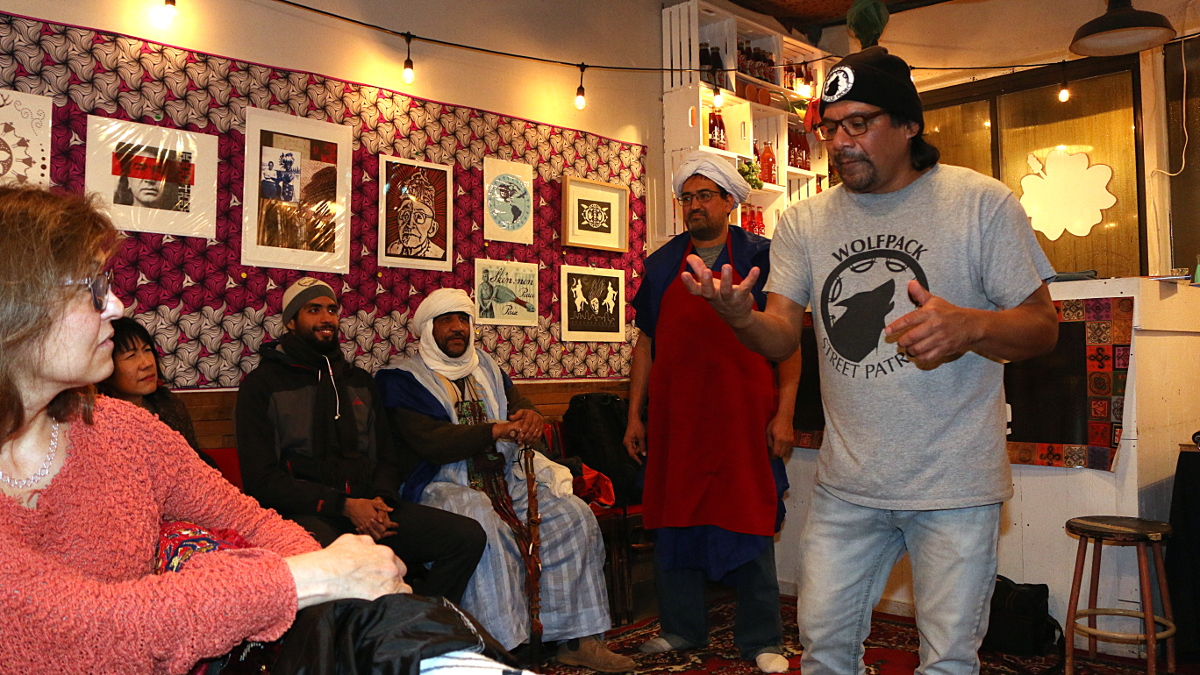 Former manager of the Roundhouse Café – the only indigenous restaurant in Montreal – , Al Harrington now lives in the Mohawk community of Kanehsatake in the outskirts of the city. He comes from the Ojibwe community of Shoal Lake in northern Ontario.

At a young age, he was adopted and had to leave his community. As a young adult he returned to live in Shoal Lake and had to relearn his culture.

Listen to Al Harrington talk about his moose and deer stew, the Objibwe culture and his passion for cooking

Harrington based his recipe for moose and deer stew  on the Ojibwe traditional ways of cooking meat. As he gained experience, he added his personal touch to a very popular Ojibwe meal which then became “Al’s Special”, noting proudly, “It’s my own traditional recipe”. 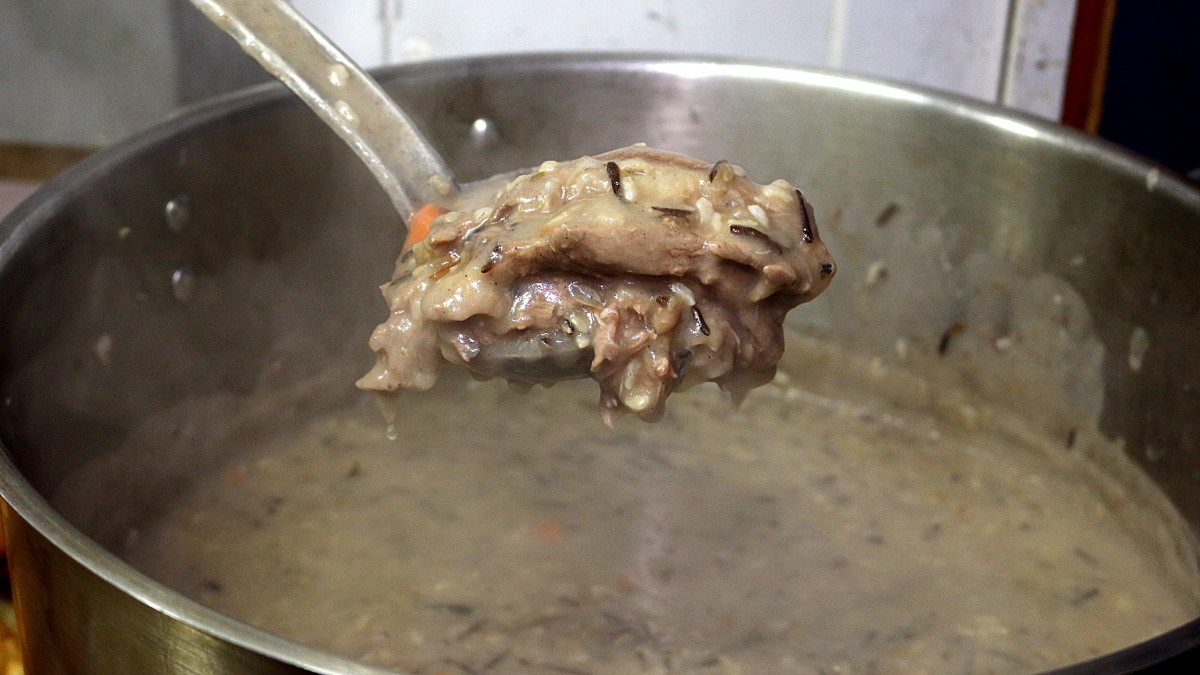 Basically, he cuts the meat into chunks and covers it with water. To give flavor to the broth, he throws in a piece of the back bone of the deer along with regular vegetable ingredients: onions, celery and carrots.

At one point he adds wild rice – which grows in marshes around Shoal Lake –,  some potatoes, and then salt and pepper.

“I don’t use much spices, because traditionally we relied on the natural flavor of the ingredients. So basically it was wild rice, mushrooms that we had back home, berries, cranberries and raspberries were often used. Potatoes.. I don’t think we had that before the Europeans came”. 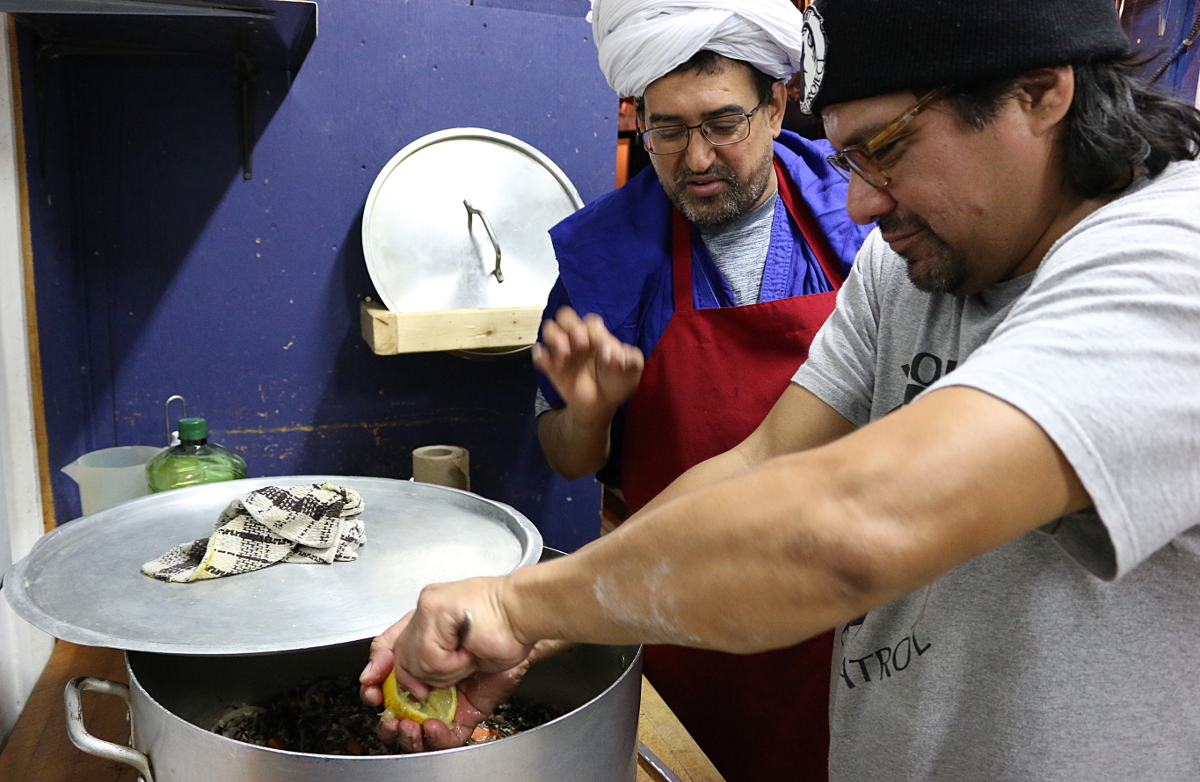 Alan Harrington and his friend Atigh give the final touch to the meal. Photo: RCI/ Marie-Claude Simard

Al’s Special with a twist

On Wednesday, the Ojibwe chef began cooking with Atigh, owner of La Khaïma and founder of the Nomad Festival. The result was a unique version of his stew, enhanced with his Mauritanian friend’s spices.

Moose and deer stew is delicious by itself but when served with traditional fried bread it’s out of this world! The participants at the festival were deligted to dip it in the thick sauce of the main dish. 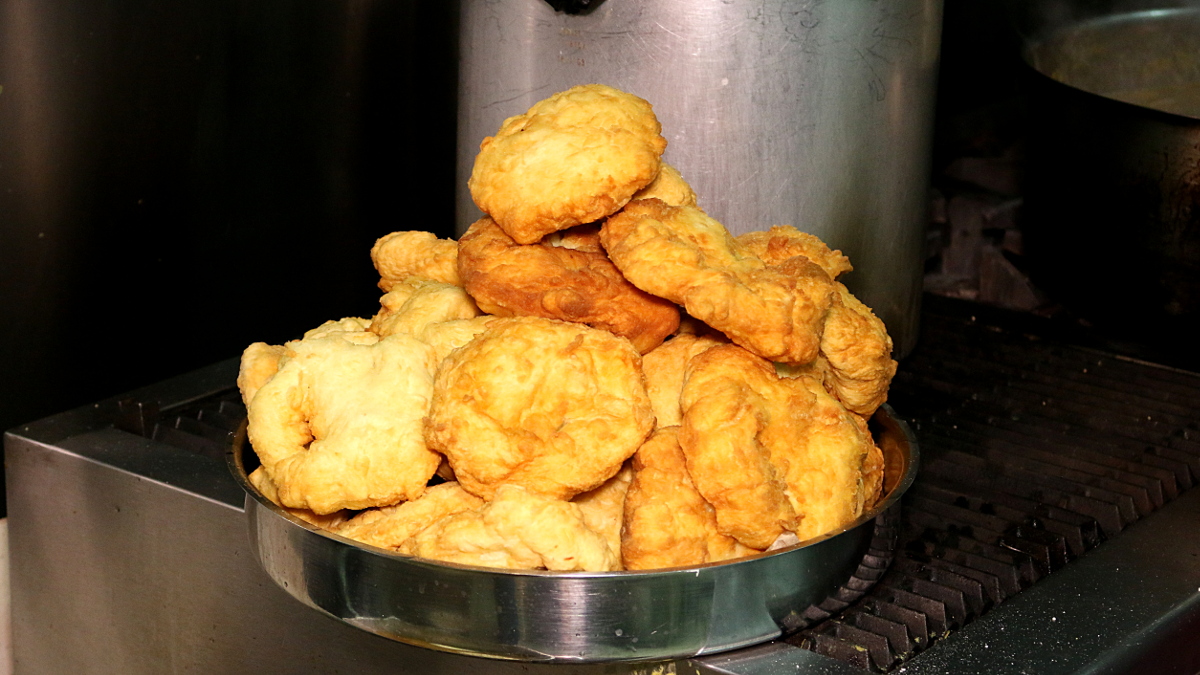 Harrington uses the recipe for the traditional bannock (recipe at bottom). But instead of cooking it in the oven or a pan like one would do for bannock, he throws small amounts of the dough in oil to make fried buns. Yum!

“It’s a very simple recipe, consisting basically of flour, baking powder and water, he says. For special occasions, he likes to use maple water instead of plain water, which he says gives the bread a very unique taste. Maple water is the very watery and just slightly sweet sap of the maple tree which is usually boiled down to make maple syrup.

Mohawk artist Martin Akwiranoron Loft was also part of the Nomad Festival. He presented several of his serigraphies and gave a print making demonstration during the evening. He even contributed to the meal by making a traditional Mohawk corn bread. Read RCI’s article on Mohawk corn bread 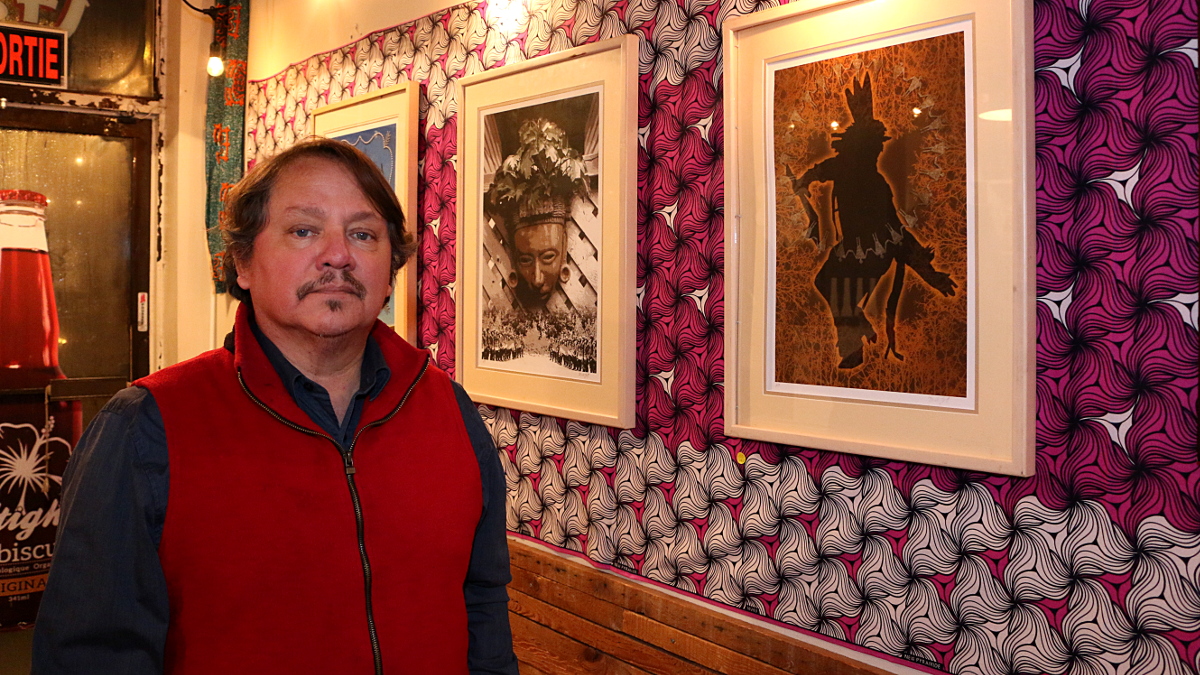 2 tbsp of brown or white sugar or Maple syrup

1 cup (to start with) of water or Maple water…

Add water, starting with one cup. Mix well and add more water if necessary to obtain a soft and malleable dough.

When the oil is hot, throw the breads in it. Fry on each side about 2 1/2 to 3 minutes, or until you obtain nice golden colour and crispy texture.

More stories about people and food (in French)