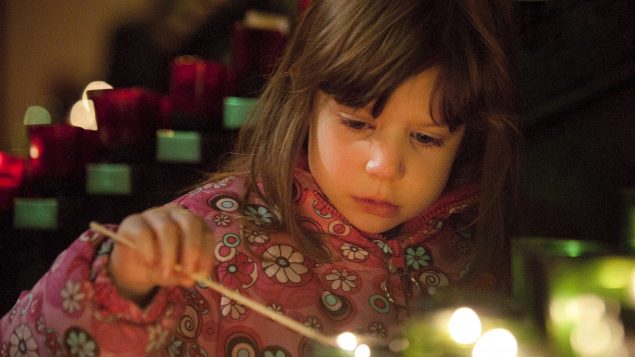 Canadians who support the role of religion in public life tend to be younger, well-educated and generally have more liberal views, and are not necessarily “holly rollers” or “Bible-thumping” conservatives, according to a new survey by the Angus Reid Institute.

“We find a significant number of people who are proponents of faith in the public square, who are also younger, educated, not particularly religious, and in fact either big or small “l” Liberal in their thinking,” said Shachi Kurl, executive director of the Angus Reid Institute.

“What is happening in Canada is we now have a more pluralistic, multifaith environment that is born from an increasingly multicultural society, and people who tend to support a pluralistic society… that support tends to extend to a sense of support of the notion of seeing a role for public faith in Canada.”

Researchers at the institute created a Public Faith Index and constructed three groups, based on responses by about 2,200 online survey participants to 17 questions about their openness to faith in both their own life and the public square. It urns out that 37 per cent of Canadians are Public Faith Proponents, 32 per cent are Public Faith Opponents, and an equal number are Uncertain.

Kurl said while the conventional wisdom would have us believe that the Canadian society is fracturing into rival segments of conservative Judeo-Christian proponents of public faith versus a more secular, non-religious, liberal segment, the survey data shows that it’s not the case at all.

A significant number of Canadians say that faith-based communities in Canada have had a positive impact in several areas of life and society, Kurl said.

“About half of Canadians say that, yes, religious and faith communities have gone a long way to helping for example with alleviating poverty, with helping the homeless, with sheltering, with food banks,” Kurl said. “But nearly 40 per cent also think that religious and faith communities have had a positive impact on healthcare in this country, whether it’s through direct administration of medical facilities and hospitals or through things like volunteering and their presence and their role within the health spectrum.”

The same goes for social justice causes, she added.

“We spend a lot of time in this country talking about the impact of the religious right, both in Canada and in the U.S.,” Kurl said.

And generally the religious right are seen in the more negative way, she said.

“But indeed there is a religious left in this country,” Kurl said.

It’s important to remember that, both in the United States and in Canada, many social justice activists going back to the 1960s, 70s and 80s, were representatives of this religious left, she added.

“Look at Tommy Douglas, he himself was a member of the clergy,” Kurl said, referring to a left-of-centre Canadian politician who is considered by many as the father of Canada’s universal health care system. “These are people who speak up for social justice causes whether it is human rights, whether it is the environment, or whether it is peace.”