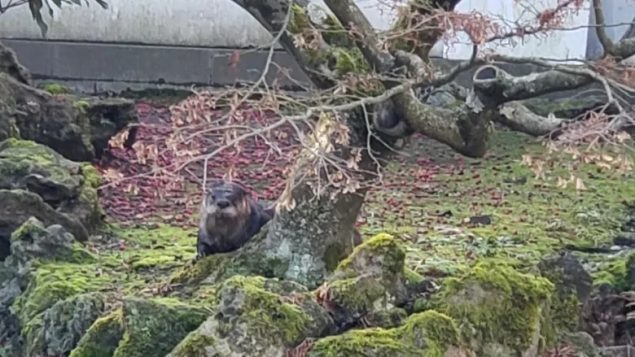 Spotted by staff, it's now on he "most wanted" list. After eluding live traps and feasting on 11 of the fish, the otter has possibly made its excape . (Sadie Brown-Dr. Sun Yat-Sen Classical Chinese Garden)

It’s one of those animal stories that makes headlines. A week ago, a river otter somehow crossed several busy streets in Vancouver to get to the Dr Sun Yat-Sen Chinese Garden. This traditional garden was where several carp (koi) lived in a tranquil pond.

This was basically a buffet for the otter who began a feast, to the horror of park staff who also closed the park to the public while they tried to capture the elusive bandit.

The situation sparked a fan clubs for the otter, and one for the koi, with buttons for each to show whose side you were on, and twitter accounts for both.

Live traps were set, first by staff, then by an “expert”, but the wily otter took the bait without setting off the traps, as the carp disappeared one by one. 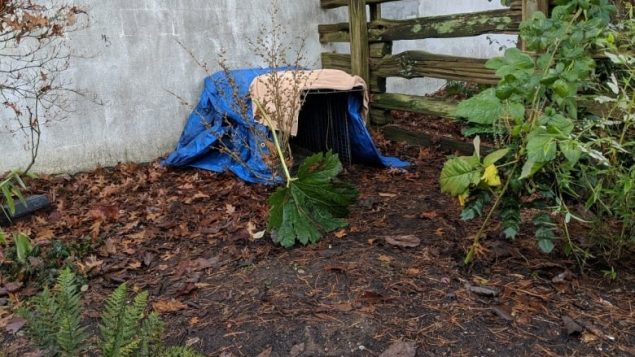 Live traps were set, and the otter managed to take the bait without begin caught, while ignoring several other traps. (Dr. Sun Yat-Sen Classical Chinese Garden-Twitter)

With only three of the original 14 left, and the otter still lurking, they took drastic measures, The y first netted one fish, then swept the entire pond with a net to corral the two others before evacuating them to safety at the Vancouver Aquarium. 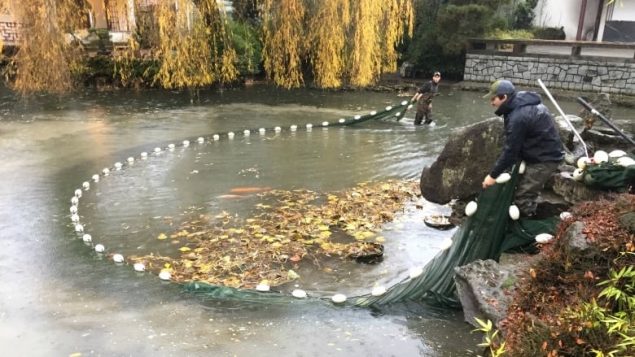 Park staff first lowered the water level of the pond, then experts dragged a net across to corral the remaining carp on Wednesday, which proved far easier to catch then the elusive otter. (AquaTerra Environmental)

The otter has not been seen in a couple of days.  Possibly realising the “net was closing in on him, may have made an escape, probably a little fatter now. 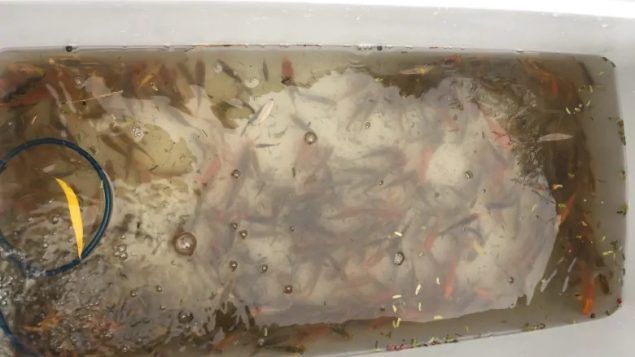 While the netting effort recovered the two remaining koi, everyone was surprised to find there were about 300 baby koi some of which will be used to help restock the pond much later. (AquaTerra Environmental)

Staff have made efforts to prevent a return visit by welding additional metal barriers to the gates to prevent otter access and have also installed two security cameras at the pond.  The park, minus the carp, has now re-opened to the public, but as for the fish, they won’t likely be returned until the spring.