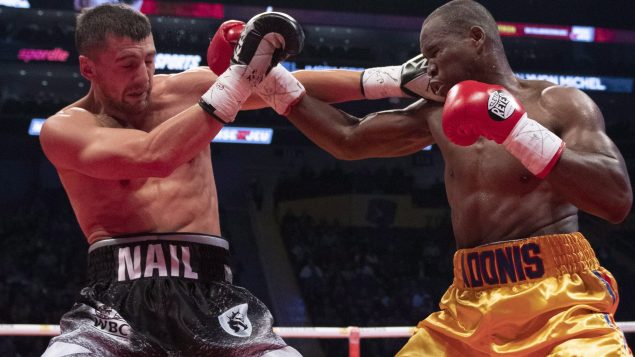 Boxing is under debate again in Canada in the wake of the tragic ending to a fight on Saturday in the provincial capital, Quebec City.

He was knocked out in the 11th round of a crushing fight, losing his WBC light heavyweight title to Ukrainian Oleksandr Gvozdyk.

In an update at noon today, Stevenson was described as remaining in “stable but critical condition”. 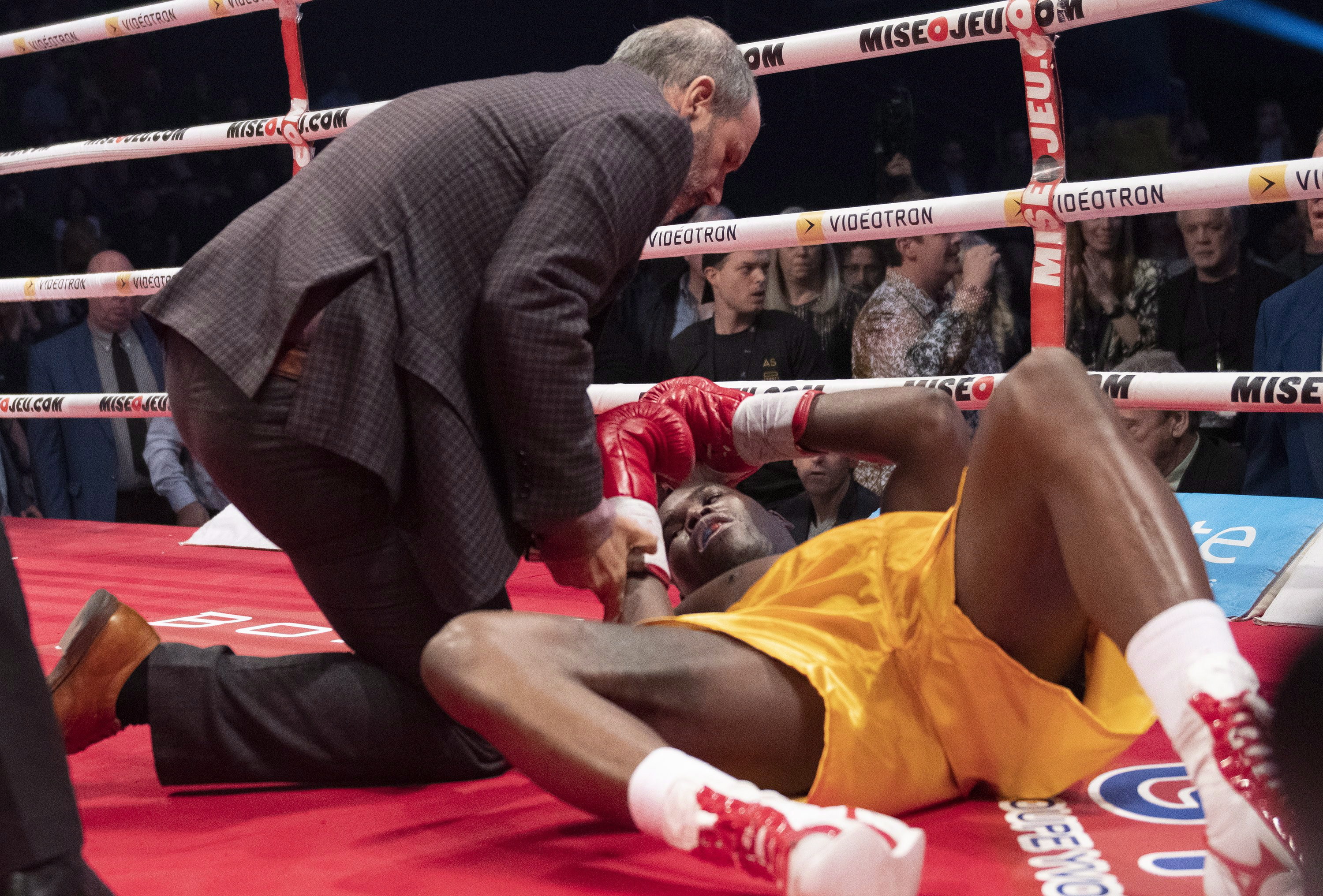 Boxing Ring doctor Marc Gagne, left, checks on Adonis Stevenson, of Montreal, after he was knocked out by Oleksandr Gvozdyk, of Ukraine, in their Light Heavyweight WBC championship fight, Saturday, December 1, 2018 in Quebec City. THE CANADIAN PRESS/Jacques Boissinot

Stevenson is under deep sedation and not yet breathing on his own.

They say it is still too early to say what the prognosis may be.

“We’ve passed the critical phase” one of his doctors said, but they won’t know conclusively until the end of the week.

Doctors performed several brain scans before surgery Saturday night when he was brought in, to relieve the pressure to his brain.