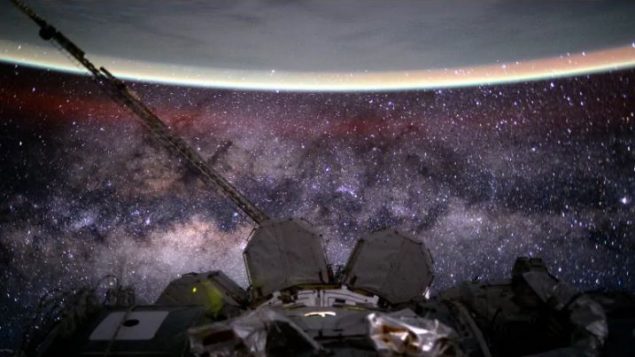 ISS view: The Milky Way, as well Earth's atmosphere, is seen here from the International Space Station in September 2015. Astronaut Scott Kelly took this photograph on his 135th day aboard. (NASA)

ISS visible over Canada this evening

ISS, the International Space Station, will be visible in the night sky above Canada tonight, with David Saint-Jacques now aboard.

Many Canadians watched him move into the satellite in low earth orbit on Monday, along with U.S. astronaut Anne McClain and Russian cosmonaut Oleg Kononenko.

They were greeted by the three others aboard: German Alexander Gerst, American Serena Aunon-Chancellor and Russian Sergey Prokopyev. 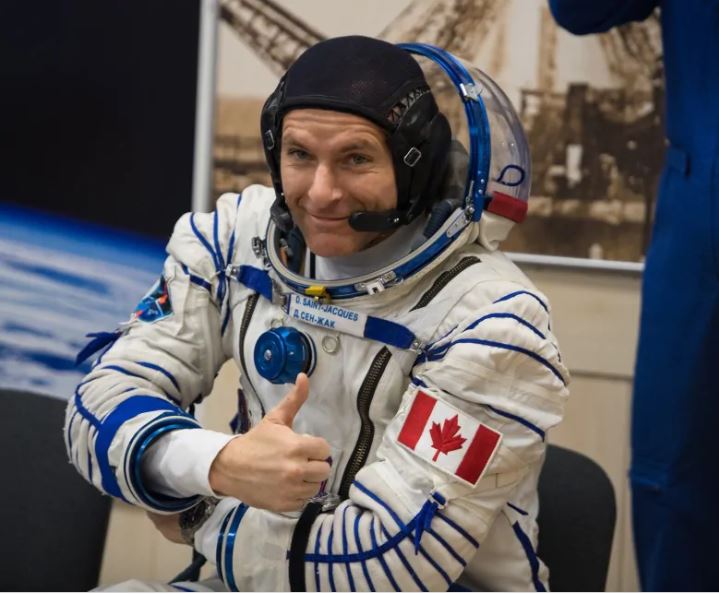 ISS bound: David Saint-Jacques just prior to lift-off heading for his six-month mission aboard the International Space Station.

Saint-Jacques was recruited into the program in 2009 and this is his first trip into space.

Canada’s Governor General, Julie Payette, is on a working visit to Kazakhstan, which allowed her to attend the launch from Baikonur on Monday.

She also served many years as CAPCOM (Capsule Communicator) at NASA’s Mission Control Center in Houston, Texas, and was chief astronaut for the Canadian Space Agency.

One of the brightest objects in the sky, the ISS will be visible in the early evening, for the next two weeks over Canada.

Andrew Fazekas, the science journalist, also known as the Night Sky Guy, suggests the following link if you’re interested in knowing when to look up and where:

If you have problems with that site, the CBC’s science reporter, Nicole Mortillaro provides suggestions in her piece on the current mission in the orbiting labratory.

For example, “In Toronto, Ottawa and Montreal, if the skies are clear, head out around 5:12 p.m. ET for a five-minute pass. Though this is not a super-bright pass, the ISS will be easy to spot as it crosses the Big Dipper around 5:14 p.m,” she writes.

(With files from NASA and CBC)