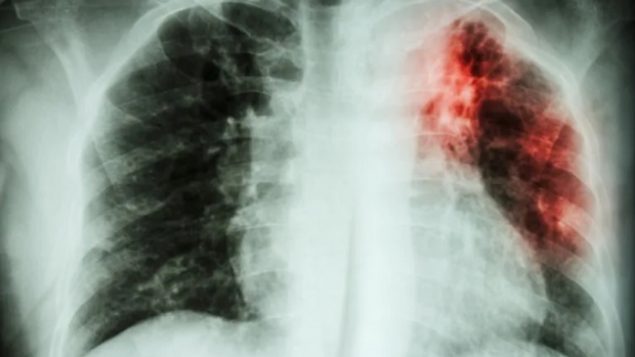 The reported incidence rate of active TB among Inuit living in Inuit Nunangat in 2016 was 170.1 cases per 100,000 people, which is more than 300 times the rate reported for Canadian-born, non-Indigenous people that year. (Shutterstock)

Canada’s national Inuit organization released Monday its strategy to eliminate by 2030 the “staggeringly high rates” of tuberculosis (TB) among Inuit leaving in a vast region of the Canadian Arctic stretching from the Labrador Sea in the east to the Beaufort Sea in the west.

The Inuit Tuberculosis Elimination Framework released by Inuit Tapiriit Kanatami, which represents about 65,000 Inuit living in the four regions of Canada’s north known collectively as Inuit Nunangat, also calls for an interim reduction in the reported rate of active TB of at least 50 per cent by 2025.

“Eliminating TB among Inuit in Inuit Nunangat by 2030 is an ambitious goal that will require deep commitment and ongoing, multilateral efforts,” said in a statement ITK president Natan Obed.

“This framework serves to clear the path and guide the work across governments, Inuit regions and organizations, communities and healthcare professionals.”

Minister of Indigenous Services Jane Philpott said the release of the framework underscores the ongoing commitment led by ITK, alongside Ottawa and the provincial and territorial governments, to prevent and treat tuberculosis in a culturally appropriate way.

“Today marks an essential step forward towards eliminating tuberculosis (TB) among Inuit living in Inuit Nunangat,” Philpott said in a statement. “We fully support this Inuit-led and Inuit-driven approach to address the social determinants of health that drive this epidemic and, ensure that the disproportionately high rates of TB affecting Inuit are fully addressed once and for all.”

The high rate of TB in Inuit communities is rooted in multiple factors, including inadequate housing, food insecurity, poverty, stigma, and the enduring impacts of government-led TB control measures during the 1940s and 1950s that transported many Inuit south by ship to TB hospitals thousands of kilometres away from their families and communities, ITK said.

To overcome some that negative historic baggage, the framework received input and guidance from the Inuit TB Task Force and the Inuit Public Health Task Group (IPHTG), ITK said.