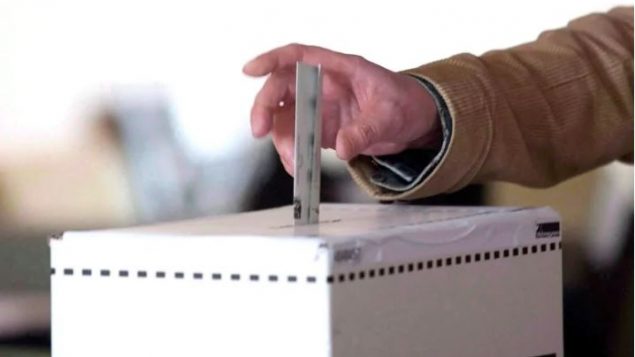 The 2015 election saw the highest youth turnout in decades — over 57 per cent — but pollster David Coletto isn't certain the momentum will return in October. (Chris Young/Canadian Press)

Millenial vote a major factor in Canada’s next election

Millenials, those young people born between 1980 and 2000, are part of the largest segment eligible to vote in the upcoming federal election in October.

The youth vote, which surged from 41 percent of those eligible to cast a ballot, to almost 58 per cent in the last election, helped elect Liberal leader Justin Trudeau as Prime Minister.

And many people expect this demographic to play an even more important role now as youth engagement in politics has increased significantly across Canada.

“We’re looking at Canadians between the ages of 18 and 38 who will represent upwards of 37 per cent of the electorate,” David Coletto told CBC Radio host, Duncan McCue, this past Sunday on the national program, Cross Country Checkup

Coletto, a member of this demographic, is CEO of the polling firm Ababacus Data. “If that bloc votes collectively” he said, “it could mean big changes to the political landscape. But only if they’re motivated.”

Coletto, however, is not seeing that motivation so far. He told McCue that based on the most recent data, he does not foresee another big turnout this year.

“My instincts suggest they’re not that excited,” he said, adding, “that they’ve been let down in some way; that there’s no overriding issue that’s motivating them.” 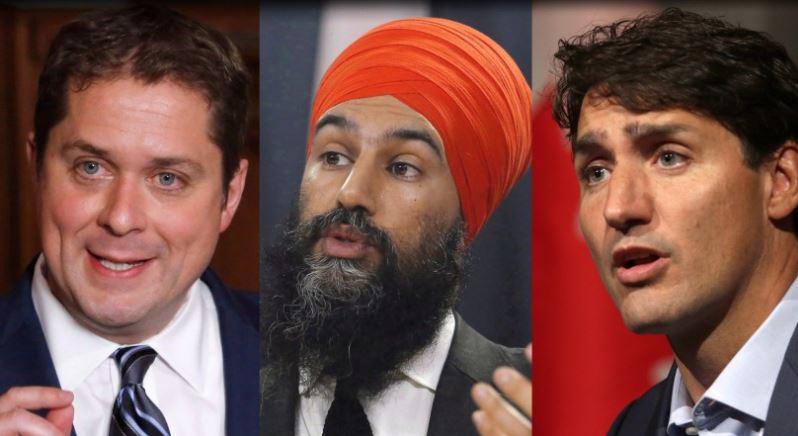 Millenial voters will chose between Conservative leader, Andrew Scheer, (left) current Liberal Prime Minister, Justin Trudeau, (right) and Jagmeet Singh, leader of the New Democratic Party, who is hoping to gain a seat in Canada’s parliament in the upcoming byelection in the Burnaby South riding of Greater Vancouver, British Columbia.

Bakri El Sayiq, a political science student at Concordia University in Montreal, is looking forward to his first opportunity to vote.

At 20, he is eager to exercise the privilege he notes is not available to everyone in his native Eritrea.

Jane Hilderman is executive director of the Samara Centre. a nonprofit, non-partisan advocacy group for citizen engagement and participation.

She says “young people report that they talk about politics more than older people, they volunteer more”, but she acknowledges that doesn’t always translate into a vote.

“I always try to remind people that youth are as diverse as any other segment of Canadians,” she says.

And while the environment is a major concern for many millenials, as is the quality of life they are growing into with a dearth of well-paying quality jobs, there isn’t one uniting issue.

“I don’t think there’s a youth issue, I think all issues are in many ways youth issues, it’s how you talk to young people and whether you put in the effort to reach out to them,” Hilderman says.

She noted that 2015 was “a very digital election” and she says it may be too soon to predict just what the turnout will be.

“I really hope what we see is that youth turn out level stays as high as it was in 2015  which was, for first-time voters, 57 per cent.

Perhaps we’ll get a preview in the upcoming byelections taking place in three ridings across Canada; in Burnaby South, a suburb of Vancouver, British Columbia, in York South, a working class, immigrant neighbourhood in Toronto, and Outrement, the tony and diverse largely French-speaking riding in Montreal. on February 25th.

(With files from CBC Radio and Canadian Press)