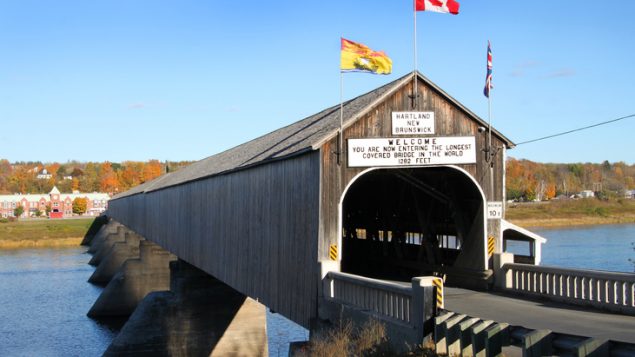 The world’s longest covered bridge is located in the eastern province of New Brunswick. (iStock)

Historic covered bridges to be preserved by province

Only 54 covered bridges remain in the eastern province of New Brunswick, down from 304 in the 1950s. Time, accidents and weather have hastened the destruction of these wooden structures.

The government of the province is promising to review the network of covered bridges and river ferries which is considered to be part of a rich cultural history with value for tourism. Beyond that, several of them serve to reduce commuting time and make it possible to transport livestock and farm equipment. 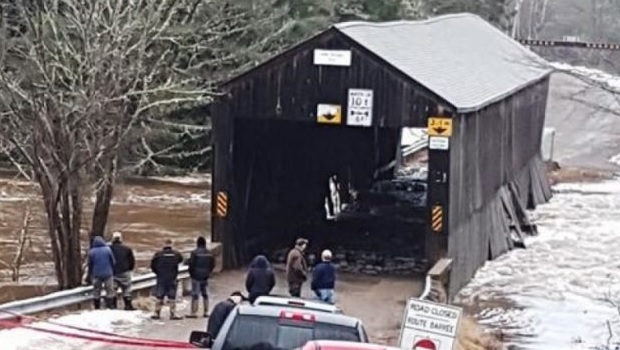 The Bell Bridge at Hoyt, New Brunswick was damaged by ice during heavy rain and flooding in January 2018. It was later demolished. (Debbie McCann/The Canadian Press/hand out photo)

Capt. William Abraham Pitt invented the underwater cable ferry and the first one was set up on the province’s Kennebecasis River. There are six cable ferry crossings that operate free of charge and serve more than 3.5 million passengers each year.

The government plans to develop a strategy to preserve the covered bridges and river ferries.