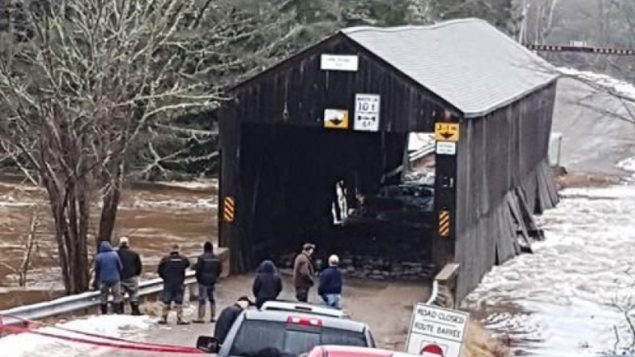 They’re all little older or a little younger than the 100 year mark, but they’re also slowly disappearing.

They are the covered bridges of New Brunswick and these were once were fairly common in many areas of North America as vestiges of the horse and waggon era.

Mostly all but gone elsewhere, New Brunswick in the 1940’s still had well over 300 of them. Now there are only about 58 of them left.  Much like the also fast disappearing giant wooden grain elevators of the Canadian prairies, the wooden covered bridges of New Brunswick are an iconic symbol of the past, and they have become an important tourist attraction to the eastern province as well as being considered a cultural heritage symbol. 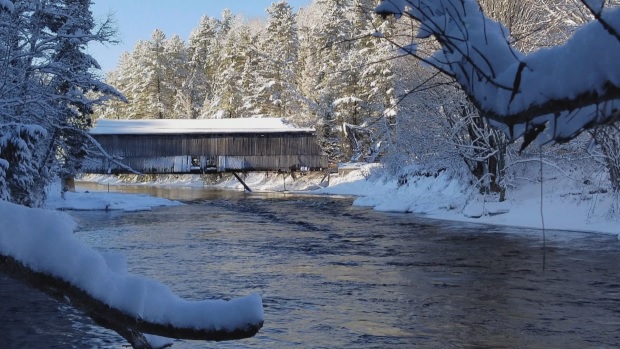 Looking very picturesque, the Bell Bridge like many other covered bridges was promoted as something to attract tourists to the province. PHOTO Shane Fowler -CBC

In recent years, howeverthey are becoming victims of time, accidents, and now, weather.

In January, a swollen fiver with huge ice chunks destroyed another one, the Bell Bridge at Hoyt. 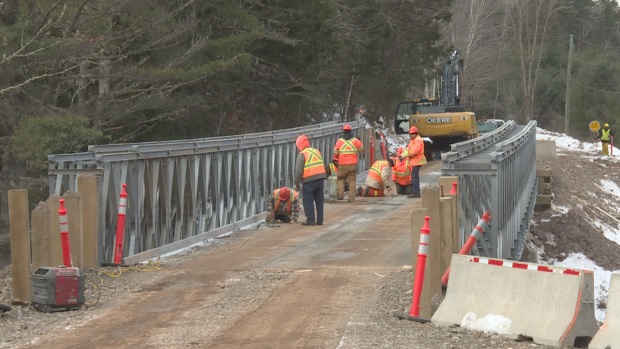 The bridge at Hoyt. A modular bridge (Bailey bridge) iw msuch stronger than the Bell Bridge it replaced, but of course with little charm. PHOTO: Shane Fowler-CBC

Last year, the Hammond No2 bridge over the Hammond River, fell victim to heavy excavator which crashed through the decking, though fortunately the operator was not injured.

The 104 year old bridge was rated only for 12 tonnes, but the excavator weighs 13 tonnes and was attempting to cross carrying a heavy load of lumber as part of a decking renewal. 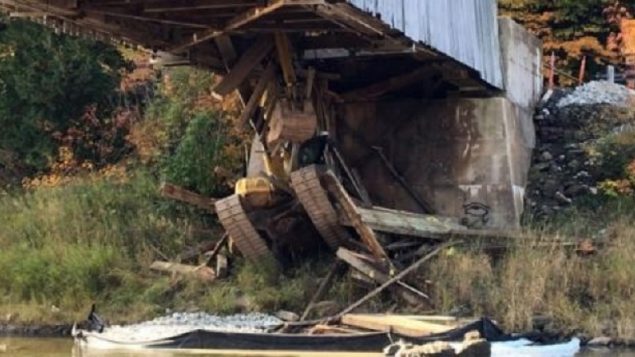 A slight error in weight caused the eventual destruction of the Hammond No2 bridge. PHOTO: Matthew Bingley-CBC

The bridge will also disappear as it was deemed too far gone to repair. 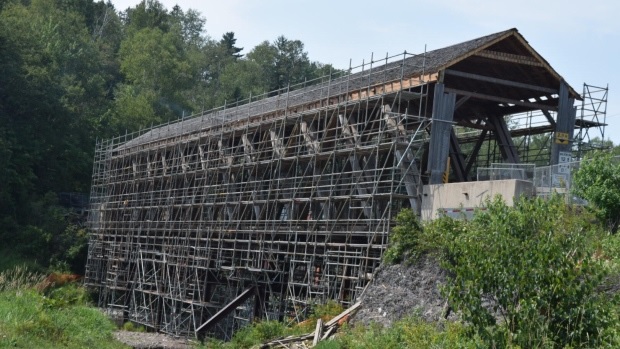 New Brunswick is home to the longest covered bridge in the world, the Hartland bridge over the St John River. At just over 390 metres, the Hartland brige built in 1901 joins Hartland to Somerville. It was not originally a covered bridge, as that happened in 1922 during reconstruction when two of the six spans were torn away by river ice.

It is now both a national and a provincial historic site. 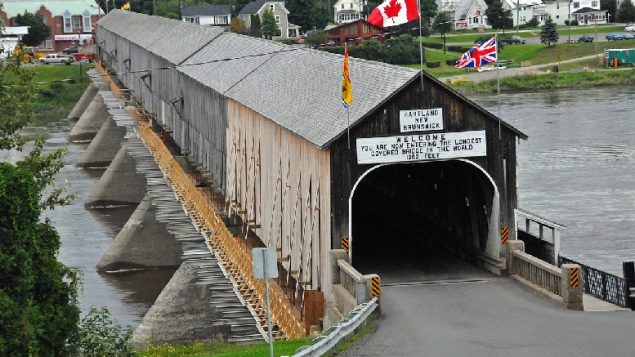 The Hartland Bridge is the longest covered bridge in the world.
PHOTO: Dennis Jarvis-wikicommons

Covered bridges became popular when large wooden trusses began to be used for long spans. They were covered to protect the stressed trusses from weather damage.  The iron tension rod “Howe truss” came about in 1840 and many N.B. bridges were built with this technology, including the Hartland bridge which in fact consists of six Howe bridges joined on pillars.

Covered bridge were also known as kissing bridges, as young couples would pause in the middle while crossing, to engage in some kissing out of site of prying eyes.