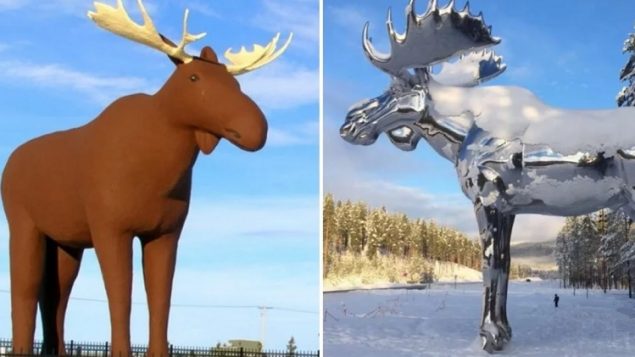 The international battle is on for "world's biggest moose statue". Saskatchewan's "Mac", left at 10 metres high, has been dethroned by Norway's "bling" moose called simply "big elk" or Storelgen, and 10m30. But Ontario can claim having the first. (tourism Moose Jaw-storeglen.no

Bigger is one thing, but first is another- That goes to Dryden

The international conflict between two northern countries began surprisingly with a traffic safety project in Norway. The idea was to attract people to the giant moose and so and relax for a few minutes at Bjoraa in the municipality of Stor-Elvdal which is about halfway on the long drive betweenTrondheim in the north, and Oslo in the south.

The original suggestion was a billboard-like two dimensional large moose.

However the Norwegian artist Linda Bakke suggested a 3-D moose statue and then while doing research found that Canada had the world’s largest moose statue, Mac the Moose, in the town of Moose Jaw, Saskatchewan, a 10 metre tall statue. 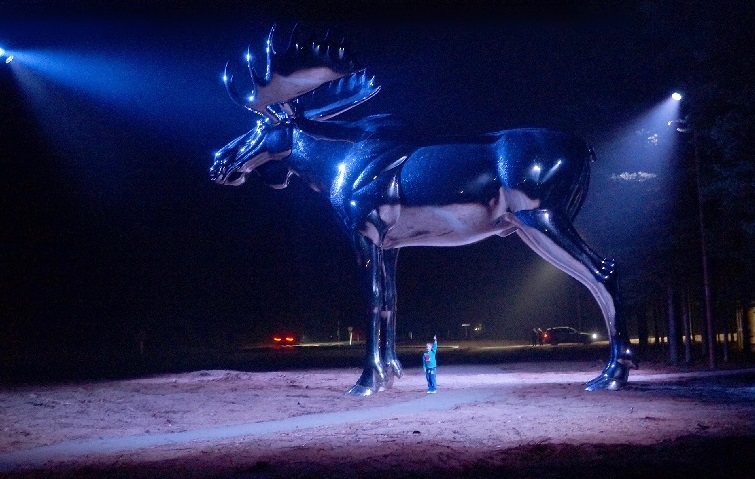 Showing an example of the size, the 10m shiny “Storelgen” in Norway, 30 cm taller than Canada’s moose. (storelgen.no)

Although Bakke’s “Storelgen” was created in 2015, it seems only recently has it come to light that the “big elk” is 30cm taller than Mac.

Mac had been built as a roadside attraction to bring travellers into the Saskatchewan city to spend some money and boost the local economy.

Bakke, made a deliberate decision to build a bigger moose and snatch the world title away from Canada.

Now admittedly Mac is a bit kitchy, and the new Norwegian shiny “bling” moose (stainless steel) is a somewhat more accurate representation of a moose and now claims the title as world’s biggest, but Mac suffers another setback, he’s not the first giant moose statue.

Not the biggest, but the first!

That goes to Max- in the north Ontario town of Dryden. There are so many moose in the area that the town decided, much like Moose Jaw, to build a giant moose as an attraction. It was built in 1962, long before Mac in Moose Jaw and is also a slightly more realistic rendition. In fact, someone apparently tried to shoot it once. 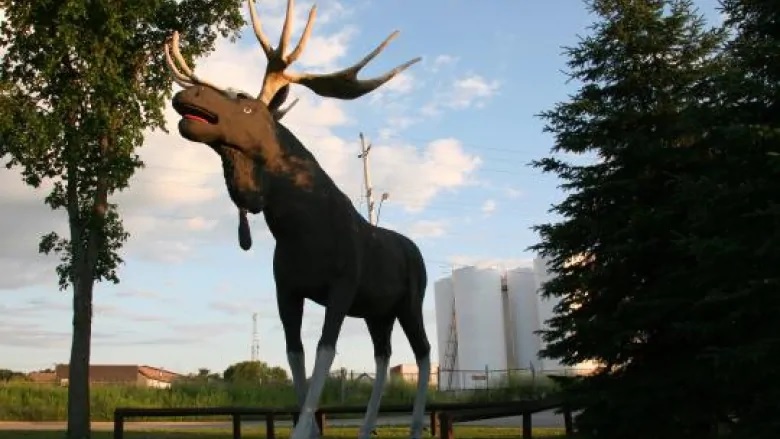 Mac in Saskatchewan, may have been the biggest, and the Norwegian statue may have taken that title, but Dryden Ontario was first and residents of the north Ontario town are proud that neither of the others can take that title away. (ontariosunsetcountry.ca)

Also, making a back-handed compliment to the town of Moose Jaw, another resident of Dryden, quoted by the CBC said, “I will take my hat off to the folks in Moose Jaw who created a nice ginormous moose to celebrate a moose where moose don’t live”.

Meanwhile, Moose Jaw residents are determined to take back the title of worlds biggest. One solution is to make the antlers bigger to beat the mere 30 cm height difference between “Storelgen”  and “Mac”. 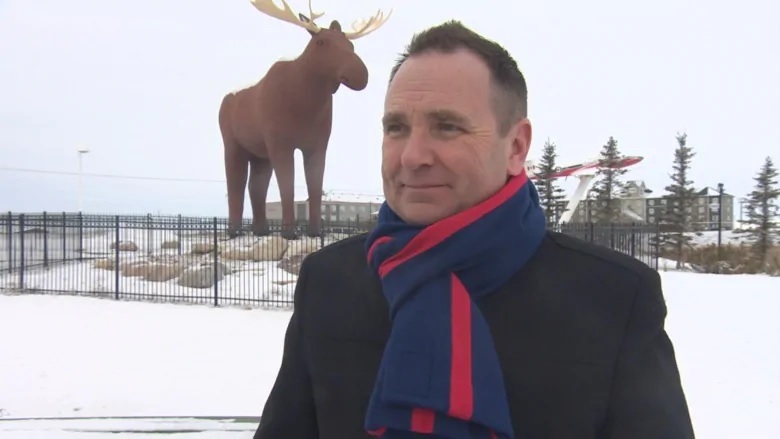 Alas any effort by Moose Jaw to increase the height of Mac may not help as Norway is already planning a far bigger moose statue, a 20-metre gold moose.

Still, statues aside, in reality, Canadian moose are actually a bigger species than the European moose