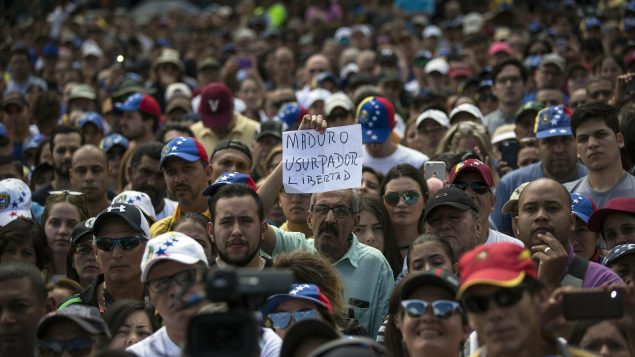 A protester holds a sign with a message that reads in Spanish: “Maduro, Usurper, Freedom” during an opposition rally in Caracas, Venezuela on Jan. 29, 2019. (Rodrigo Abd/AP Photo)

Canada’s foreign minister is calling an emergency meeting of the 14-nation Lima Group on February 4, 2019 to discuss the crisis in Venezuela. Minister Chrystia Freeland repeated to reporters that that President Nicolas Maduro’s election to power was fraudulent and undemocratic. 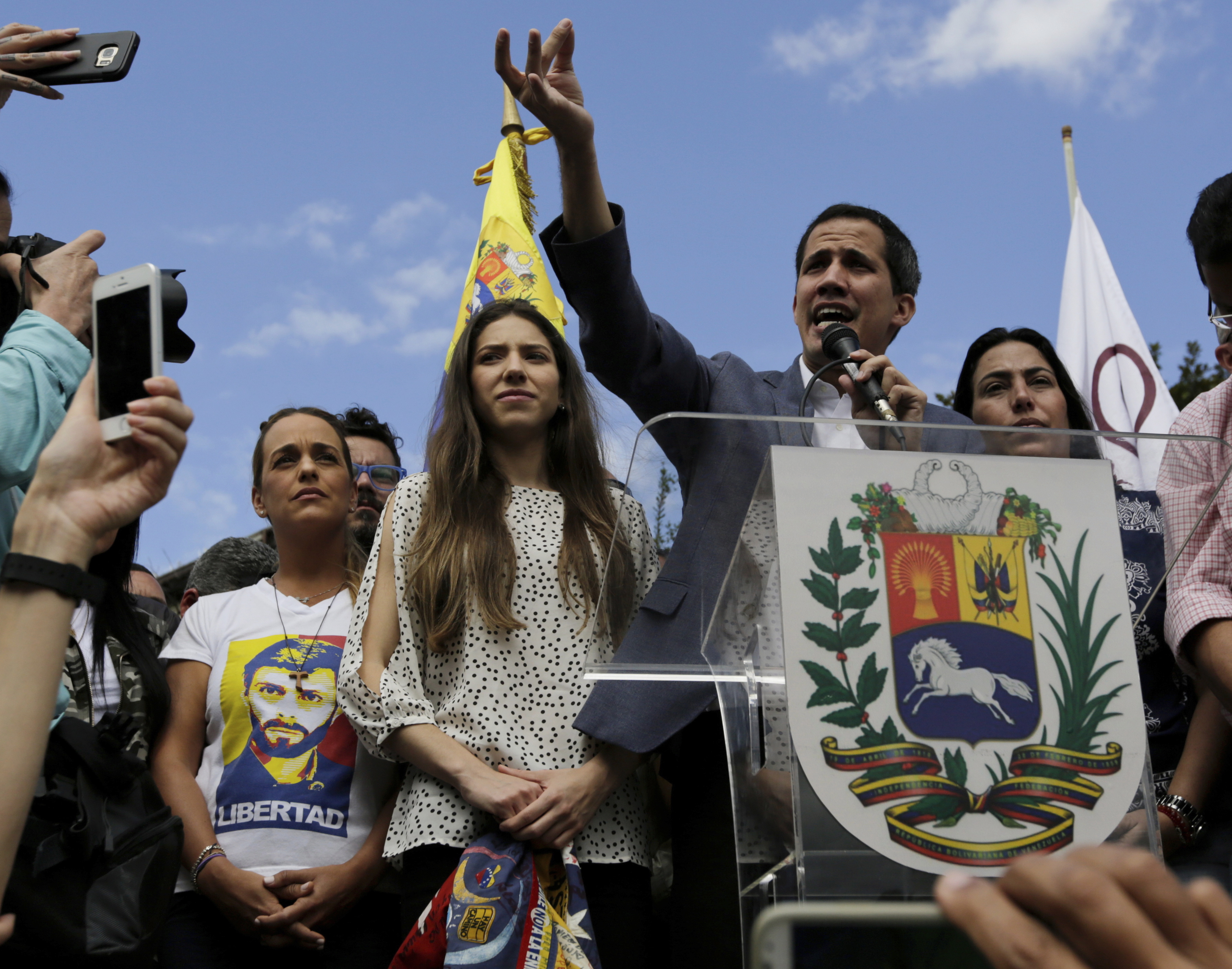 Venezuela’s self-declared interim leader Juan Guaido has the support of Canada and most countries in the Lima Group. (Fernando Llano/AP Photo/file)

Canada and most of the Latin American and Caribbean nations in the Lima group instead are supporting opposition leader Juan Guaido who proclaimed himself President. Freeland urged Maduro to cede power to Venezuela’s National Assembly.

She said the violence and human rights abuses in Venezuela are a threat to the entire hemisphere.

Freeland reiterated that Venezuela is a top foreign policy priority for Canada.