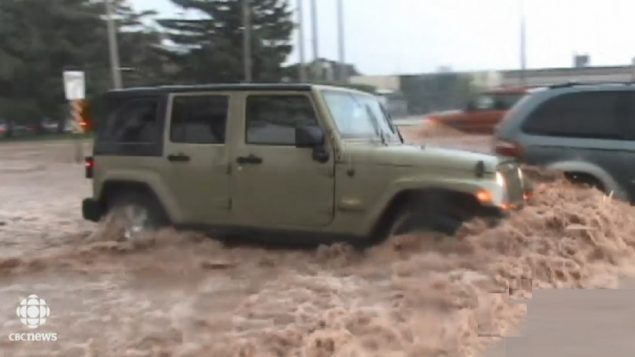 Aug 5 2014, Burlington in southern Ontario near Toronto, saw 2 months worth of rain fall in a matter of hours causing widespread flooding of houses, roads and infrastructure. (CBC)

Response to a climate change story

(Both this article and the original one (HERE) prompting this response have been the subject of complaints to the CBC Ombudsman who has ruled in favour of the complainant. Certain elements deemed inaccurate or irrelevant have been removed or modified including a rainfall graphic deemed not relevant to the story. Changes to the original story have been made on Jan 29, 2019 to comply with the ombudsman’s decision available HERE)

The original complaint upheld by Radio-Canada ombudsman Guy Gendron, alleged that rainfall had not increased in Canada due to climate change. In response to a direct question, Environment and Climate Change Canada’s senior scientist wrote in an email to the author on Nov 30, 2020, that in fact ”  “Precipitation has increased for Canada as a whole since 1948 and for southern Canada since the early 1900s.”

In response to a subsequent question about the limited number and wide spacing of ECCC rain gauges – Can they entirely miss certain rainfall events, storms?

“Storms occur anywhere and the number of rain gauges we have in Canada is limited. This means that certain storms will not be captured in our gauge network”

The Intergovernmental Panel on Climate Change warns that human activity is going to result in global temperature increases of an average 1.5 degree Celsius by 2030, that will in turn cause extreme drought, flooding, wildfires and food shortages for millions of people around the world.

Here in Canada, the Insurance Bureau of Canada in a commissioned report said its payouts from  natural disasters have doubled every five years since 1980, and the majority of those claims are from flooding due in large part to climate change.

One of the recommendations of the University of Waterloo Intact Centre report noted that preserving wetlands could mitigate flooding damage near urban centres by 29-38 per cent.

Robert Muir (P.Eng.) is an engineer working for a municipality in the area of flood risk planning and mitigation.

He maintains that rainfall levels and incidents of extreme rain events are not increasing beyond norms, and that maintaining wetlands may not always be the best solution to prevent floods. 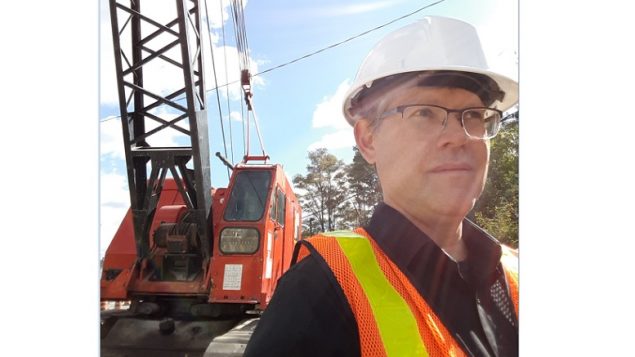 Indeed Senior Research Scientist at Environment Canada Xuebin Zhang has said that as the Earth warms it will increase extreme events, “As hot temperature extremes and extreme precipitation have increased globally, it is reasonable to expect the 100-year extreme hot temperature or 100-year extreme precipitation events to have become more frequent”.    However, he says Environment Canada records indicate that do date  there is no statistical evidence that annual rainfall amount has increased nor that of extreme rainfall events , “For Canada as a whole, observational evidence of changes in extreme precipitation is lacking” he states.

Mr Muir says an engineering study indicates current infrastructure in pipes and diversion canals shows they are capable of handling 95  per cent of excess water problems.

He also says that preserving wetlands as proposed in the Intact study, may not be the most cost effective or viable solutions toward preventing urban flooding.

However in her November 2018 environmental protection report, the Environmental Commissioner of Ontario highlighted the importance of wetlands. “Wetlands and woodlands are critically important for southern Ontario as habitat, and as buffers against pollution and flooding.