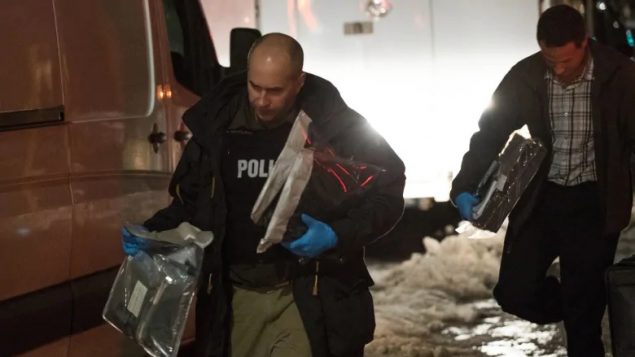 A major investigation in a normally relatively quiet southern Ontario city has resulted in an arrest of a minor on charges related to terrorism.  It allegedly involved a bomb plot.

Because the individual is only 16 years of age, the identity cannot be revealed, but charges have been laid claiming the individual was knowingly facilitating a terrorist activity and counselling a person to use an explosive or other lethal device in a public place with the intent to cause death or serious bodily harm. There was no charge related to association with a known terrorist group.

Christian Leuprecht (PhD), has more on this story security expert and Professor of Political Science at the Royal Military College of Canada and Queen’s University

A medium-sized military and university city, Kingston, Ontario is not used to major scandal or crimes.  For the past couple of weeks residents were first curious and then concerned about a low flying plane circling at night over the city. 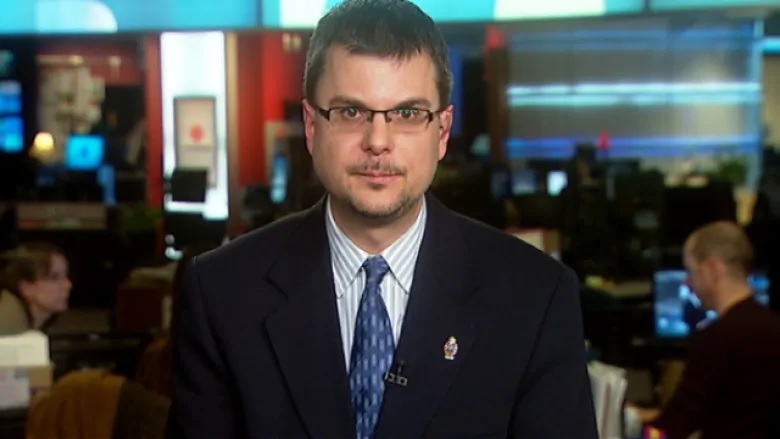 It turns out it was part of a major investigation into a potential terrorism plot with international overtones. 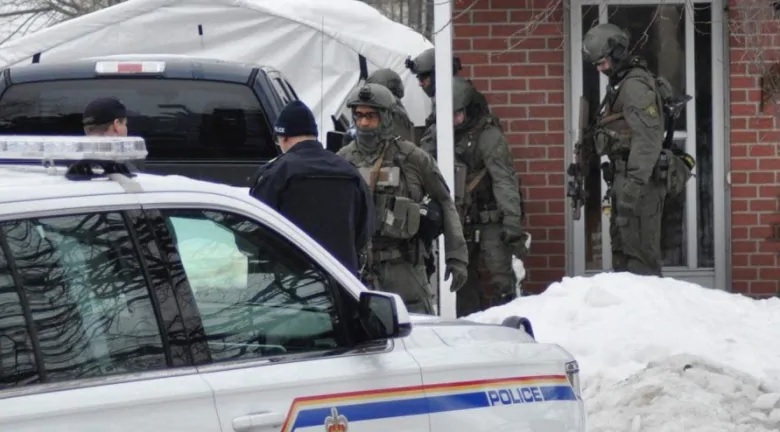 An RCMP vehicle and emergency response team members in tactical gear outside one of two houses raided in Kingston in connection with the alleged plot. (Cristiano Vilela)

The investigation was sparked by the FBI in the U.S. which provided a tip to Canadian authorities in December.  In addition to Canada’s national police, the Royal Canadian Mounted Police, the 300 people involved in the investigation included the Kingston police, Ontario Provincial Police, Canadian Border Services Agency, Canadian Security Intelligence Service, and the Financial Transactions and Reports Analysis Centre of Canada (FINTRAC). 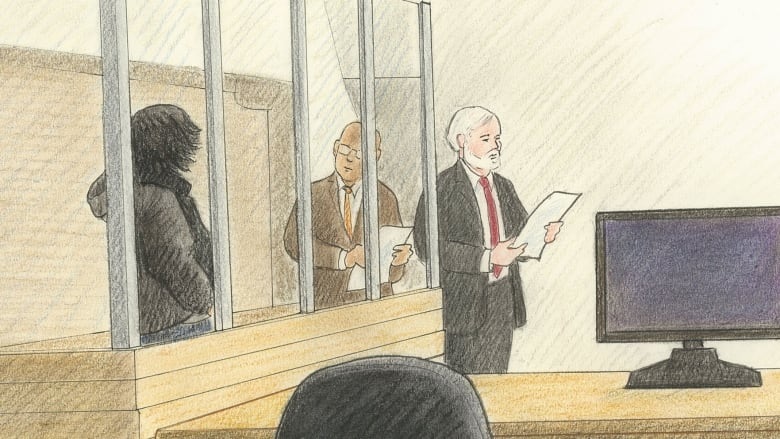 A minor, who can’t be identified under the Youth Criminal Justice Act, appeared in a Kingston courtroom Friday to face two charges related to an anti-terrorism investigation. (Laurie Foster-MacLeod sketch- via CBC)

Police recovered certain materials allegedly connected with bomb-making and also detonated a device in a safe location. Police say however there was no danger to the public.

The suspect appeared in court on Friday and will return to court on February 4th for a bail hearing after his lawyer has had more time to study the case.