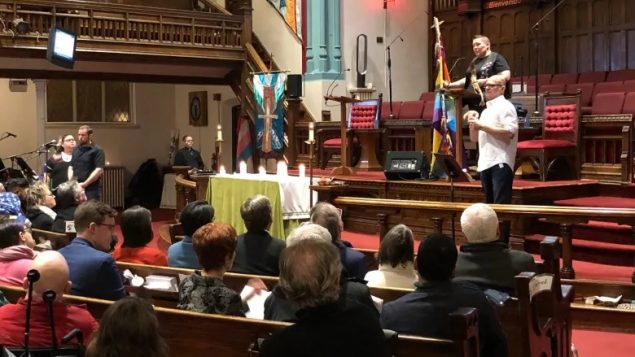 Rev. Evan Smith of Urban Indigenous Ministries speaks ahead of the opening prayer at the vigil for Bruce McArthur's eight victims. (Adrian Cheung/CBC)

A “Vigil for a Grieving Community” was held Sunday as people in Toronto gathered to remember the eight men killed by Bruce McArthur between 2010 and 2017.

All eight victims had disappeared from the city’s gay village.

All were dismembered and their remains were found in planters and a ravine.

McArthur was sentenced Friday to life in prison for the killings with a chance of parole after 25 years.

He is 67 years old, making him 91 before release would be considered.

In addressing Sunday’s gathering at the Metropolitan Community Church of Toronto, Rev. Deana Dudley, an assistant pastor at the church who gave the victim impact statement at McArthurès sentencing, said the one bright spot from what she described as “a difficult year marked by ongoing heartbreak” was that people came together “to give comfort and support to one another, to search for missing men, to demand justice, to replant a garden, to mourn and to bury our dead and to share our grief and share our strength.” 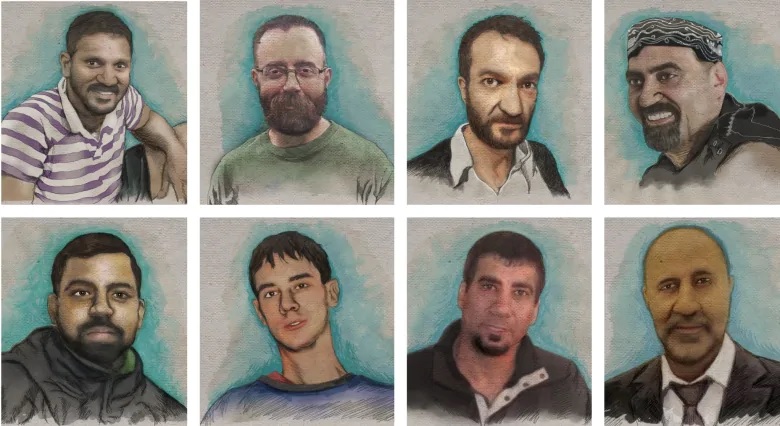 She said the community must always remain vigilient.

“We can never guarantee that nothing like this will ever happen again,” she said.

“Our hearts may may break again.

“But the way we fight this kind of evil is by creating a kind of beloved community where evil cannot hide in plain sight because we care for one another.”

The vigil included Hindu and Muslim prayers to reflect the South Asian and Middle Eastern descent of some of the victims.