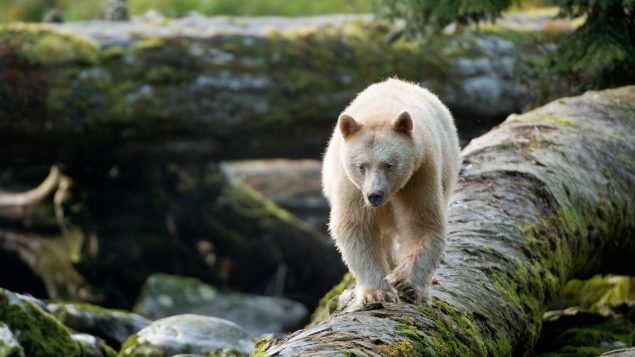 Canada’s stunning Great Bear Rainforest is the last remaining intact, temperate, coastal rainforest in the world. It is located in a remote region of western Canada and not many Canadians have seen it. But, if they can get to the Ontario Science Centre  in Toronto, they will be able to glimpse 40-minutes of its splendour on a new IMAX film opening on February 15, 2019.

The area is a sanctuary to a broad diversity of wildlife including the rare, spirit bear revered by Indigenous peoples. This is a black bear with a recessive gene that makes its fur white. The film features beautiful images of birds, otters, eagles and other animals that live in the forest.

A crew spent three years filming scenes of “a magnificent realm where ocean, forest,  mountain and river meet in a mighty convergence,” reads a statement from the centre.

‘One of the last truly wild places left’

“The Great Bear Rainforest is one of the last truly wild places left on Earth, and has immense value both ecologically and culturally,” says film director Ian McAllister. “Many people don’t know about this ancient rainforest and the indigenous people who have helped protect it for thousands of years. We hope audiences will be inspired that an extraordinary world of such natural wonder and splendor still exists.”

The film was produced by MacGillivray Freeman Films and took three years to shoot. It is narrated by Canadian actor Ryan Reynolds and features music by Hans Zimmer and Anže Rozman for Bleeding Fingers Music. The film will later be screened in other Canadian cities.