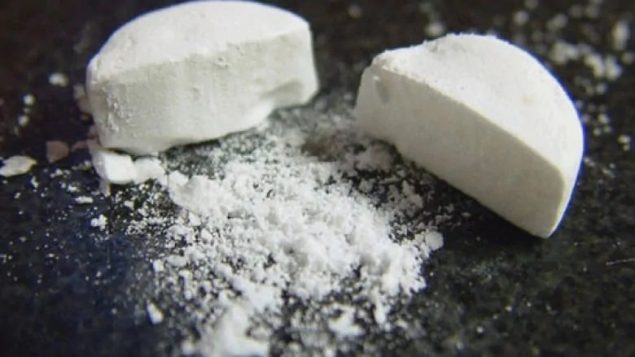 The RCMP are reviewing all apects of its handling fentanyl as the country deals with the spread of the opoid that can prove deadly. (CBC)

RCMP reviewing how it handles fentanyl

Canada’s national police force is reviewing how its members should handle fentanyl.

There had been fears that officers faced high risk when dealing with the drug.

However, new research suggests that they are not likely to overdose on the drug by absorbing it through their skin or inhaling it. 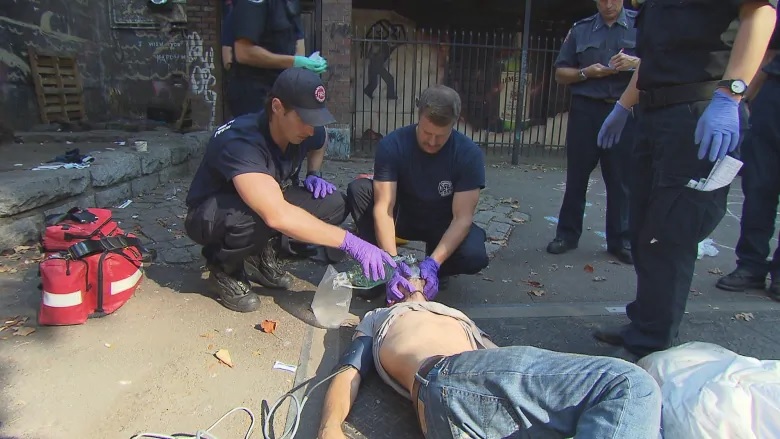 Vancouver firefighters Jason Lynch and Jay Jakubec try to revive an addict who has already had two doses of Narcan after overdosing on fentanyl in Vancouver’s downtown eastside in 2017. (CBC)

“Exposure to people handling the substance is not as high as we thought it was initially,” the force’s national drug program co-ordinator, Sgt. Luc Chicoine, told CBC News.

Chicoine says the RCMP’s initial caution “created a little bit of a monster and fear within our membership and within the community.”

At the time there were warnings that people should be wary of touching shopping cart handles to avoid accidentally coming into contact with fentanyl.

The RCMP is currently reviewing all aspects of the force’s fentanyl policies as the country grapples with the effect of what the rderal government calls a serious opoid crisis.

With files from CBC, CP, Government of Canada