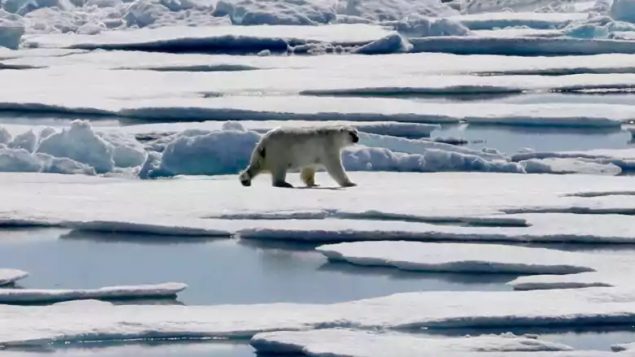 Polar bears are facing ever increasing hardships as the ice they need to survive, becomes less and less (AE Durocher, U Alberta)

It’s not an “official day” but rather an  annual one declared by the group Polar Bears International (PBI) a non-profit  organisation whose goal is to raise awareness about the animal’s situation and the threats faced due to climate change.

The bears require Arctic ice both for hunting and mating, and as the ice begins later and breaks up earlier, it’s having a negative effect of many of the Arctic bear populations.

“Sea ice loss from climate change is the biggest threat to polar bears throughout the Arctic,” says Krista Wright, Executive Director of PBI. “Polar Bear Day is a great way for everyone to learn more about this iconic species and discover ways they can help these animals and the Arctic ecosystem they call home.”

This year PBI has released a video which follows a particular bear on western Hudson Bay, a bear they’re calling Ursula.

On the PBI Facebook page they’ll be hosting a series of interactive chats today with polar bear experts while bear expert and Senior Director of Conservation at PBI, Geoff York, will hold an interactive Q&A on Reddit’s Ask Me Anything (AMA) thread