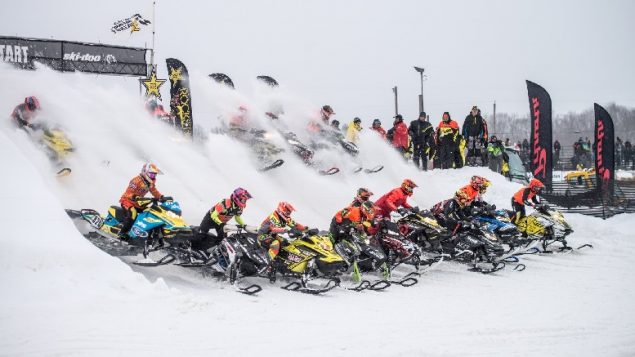 Powerful machines kick up rooster tails of snow as they take off from the start of a snowcross event. (CSRA-Facebook)

What do you call a moto-cross event on snow with snowmobiles?

Why “Snowcross” of course , and seeing as how Canada invented snowmobiles what better place to have an international competition?

The city of Timmins in northern Ontario, about 700 kilometres north of Toronto  is the site of this year’s Eclipse Financial Pro Challenge Snowcross, the sixth year it’s been held there.

The event this weekend has some 300 racers coming from throughout eastern Canada and the U.S. 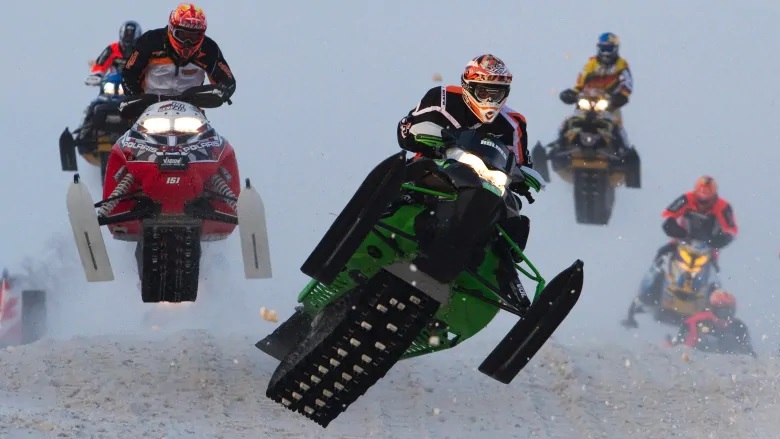 Machines and riders fly through the air over the jumps in the track, Shown is a snowcross race in Lindsay Ontario in February 2014, and yes there are occasional injuries, usuallly minor though (Reuters-Fred Thornhill)

The event is a huge economic boost to the city, bringing in an estimated half million dollars revenue to hotels, restaurants, gas stations and other local businesses.

The city has benefitted from an inordinate amount of snow this year enabling organisers to create a longer track and more space for spectators.