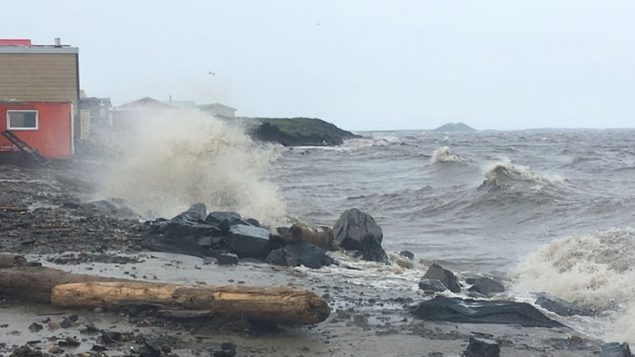 The not so slowly disappearing Arctic shores

One of the most northerly communities in the world, Tuktoyaktuk in Canada’s Northwest Territories, is fighting a losing battle against climate change.

Several homes in Tuktoyaktuk are now threatened on an area known as The Point. One community building has already been washed away, and a couple of others have had to be moved inland. 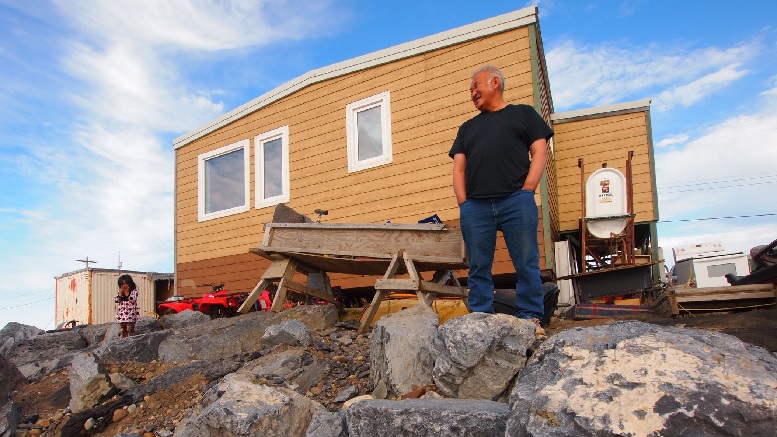 Sandy Adams house used to have a backyard but that’s been washed away. He’s waiting to have his house moved further inland. (2017 Briar Stewart CBC)

As far back as 2003, the erosion of coastline was worrying residents  and a study predicted the rate of erosion, a rate which has already matched those predictions. 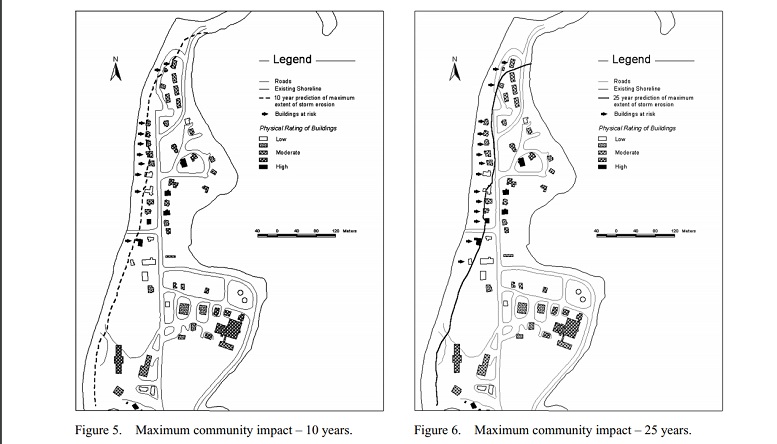 A 2003 study of predicted erosion along “the Point” at Tuk shows that about ten years later several houses would be threatened by the sea, something that has since indeed happened. (K Johnson et al)

Compounding the problem of erosion from the sea, is the melting of the permafrost which held the soil together. The permafrost melts and the softened muddy soil “slumps” down into the sea where it is washed away.

At this time last year, Dustin Whalen of Natural Resources Canada said it’s sometimes not even a slow erosion estimating that in places along the coast and nearby islands 30-40 metres of shore can be lost each year. “When you go to Canadian Arctic, in particular the Beaufort Sea, we see changes in a summer, in a month, sometimes even in a day, during coastal storms”. 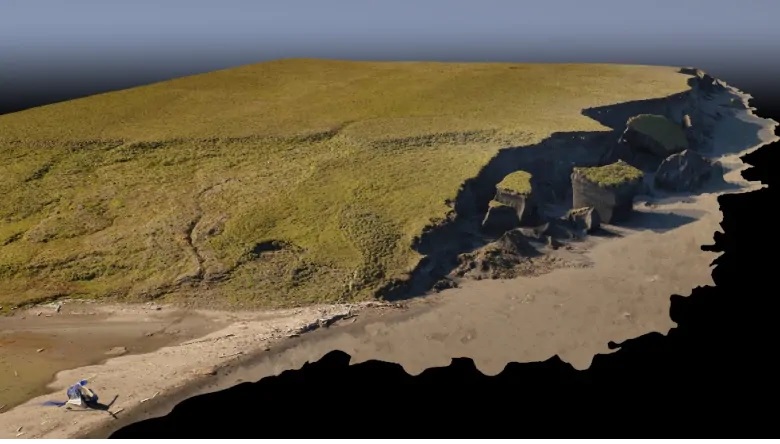 2016 image of slumping of shoreline on Pelly Island, wher 40 m were lost in one year. Throughout the north the waters are muddied along the coast as the soil is washed into the sea with as yet unknown effects on marine life. (Dustin Whalen- Natural Resources Canada)

Many of the small Islands near the coast are threatened. Herchel Island, once a major whaling centre and now a national park, is an example where some historic buildings have had to be moved back, while others remain threatened.

Pelly Island is another example, where scientists suggest that the rate of erosion is such that in 50 years the entire island will be gone. It has been estimated that it is one of the fastest eroding islands in the world.

In and around Tuktoyaktuk, mitigating measures have been taken with concrete mats and piling large rocks along the shore known as “rip-rap”. But it seems that’s a stop-gap measure, and can only be done in very limited areas due to excessive costs. 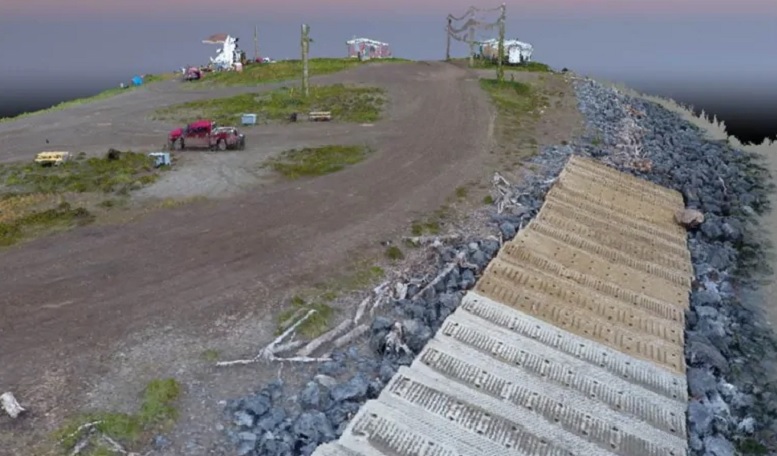 There are now thoughts that within a few more decades the Point itself may be breached and the long thin island that protects the harbour.

Quoted in “Up Here” magazine, Mayor Merven Gruben said last December,  “We can do everything in our power to protect the town, but there is one thing we can’t prevent: climate change. All we can do is to educate the public down south to care for the environment.”