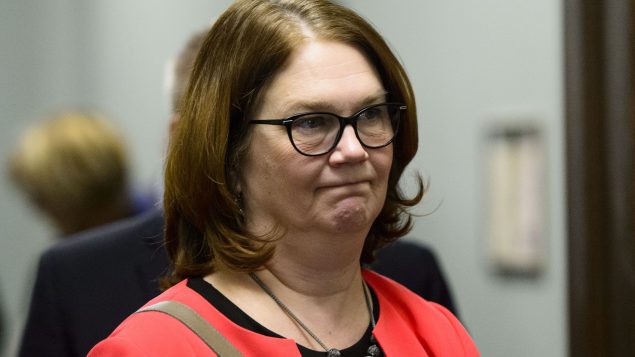 One of Canada’s most highly-regarded cabinet ministers resigned yesterday saying she has lost confidence in the government’s handling of the SNC-Lavalin controversy. Jane Philpott was president of the Treasury Board and in her letter of resignation she cited “serious concerns” about political pressure applied to former Attorney General Jody Wilson-Raybould over criminal charges against the engineering giant.

After handing in her resignation, Wilson-Raybould testified before the House of Commons justice committee that the Prime Minister’s Office improperly pressured her in the case against SNC-Lavalin. The firm faced fraud and corruption charges in connection with alleged bribes paid in Libya. It had lobbied the government hard to avoid criminal prosecution and instead negotiate a “remediation agreement” whereby it would accept responsibility, pay a penalty and agree to compliance measures.

Former attorney-general Jody Wilson-Raybould told a justice committee that she came under pressure to intervene in the case against SNC-Lavalin. (Sean Kilpatrick/The Canadian Press/Feb. 27, 2019)

Judiciary must be independent of political interference

A criminal conviction would have meant the company could not bid on government contracts for 10 years and a potential loss of thousands of jobs.

Wilson-Raybould testified that the prime minister was concerned about the effect that would have on an election in Quebec.

The law specifically forbids authorities from taking political issues into consideration when deciding whether to waive criminal charges in favour of remediation agreements. In addition, the judiciary must be impartial and independent of the government.

Prime Minister Justin Trudeau continues to say he did nothing inappropriate in the SNC-Lavalin controversy. (Andrew Vaughan/The Canadian Press)

Prime minister insists he did not act improperly

The prime minister has defended himself saying he always told Wilson-Raybould that the decision whether to prosecute SNC-Lavalin was hers to make and that he “did not direct her.”

The prime minister’s principal secretary Gerald Butts has stepped down over this issue, while denying he did anything wrong. He is scheduled to give his version of events to the justice committee tomorrow. All eyes will be on his testimony to see whether he can control the added damage caused by the resignation of these two cabinet ministers.

Some editorialists have suggested the issue has become so damaging that the prime minister will have to either step down or move the federal election forward from its current date in October 2019.