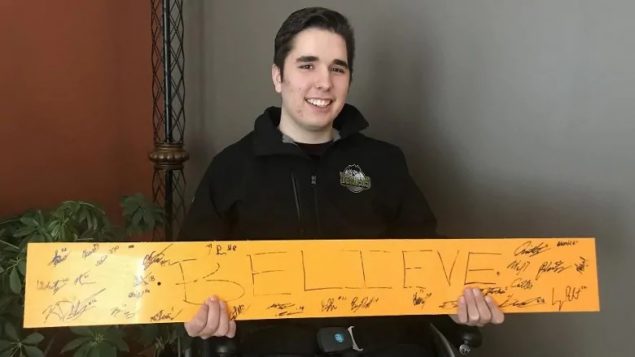 Morgan Gobeil's family released this photo of him on his last day in hospital. He holds a "'Believe' sign from the Broncos' assistant coach that was intended to stay at the hospital until the final injured player was released. (Saskatchewan Health Authority)

When the bus carrying members of the Humboldt Broncos hockey team collided with a semi-trailer at a crossroads on the Saskatchewan prairies almost a year ago, it was every Canadian parent’s nightmare.

Sixteen people on the bus died and 13 others were injured in the crash on April 6.

Among the horrified parents were Pam and Lonnie Gobeil. 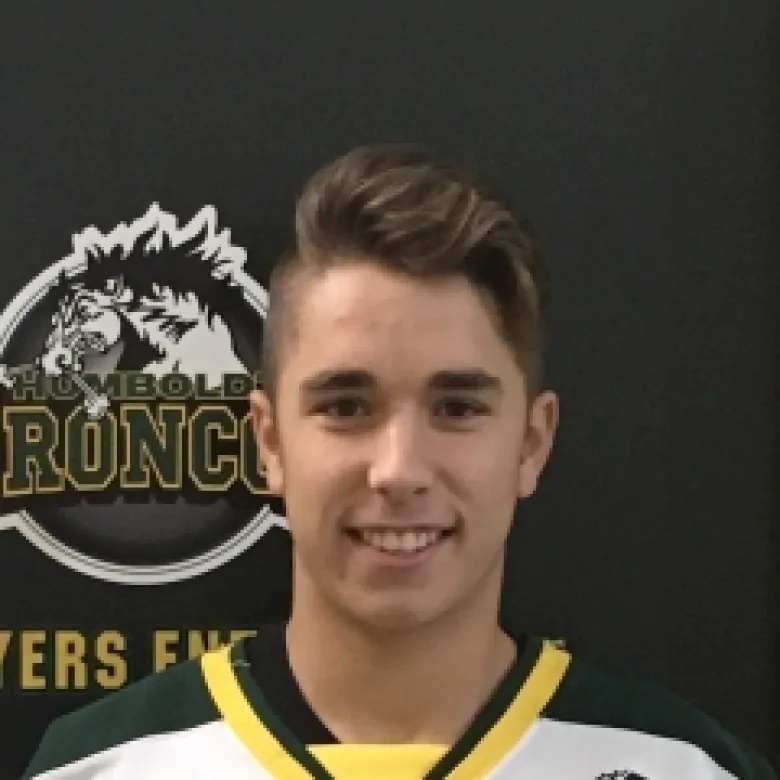 Morgan Gobeil in a team photo taken before the crash. (Humboldt Broncos)

On Monday, their son Morgan came home, 333 days after the crash–the last survivor of the accident to do so.

After numerous surgeries and hours of physical, occupational and therapy, he still cannot walk or speak.

Morgan will now receive outpatient therapy at Saskatoon City Hospital, where has been treated since the crash. 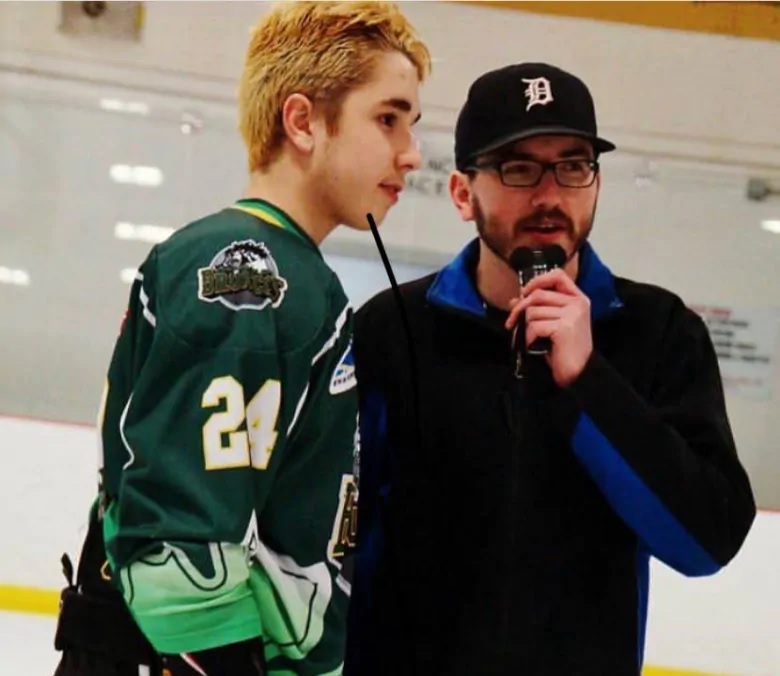 Humboldt Broncos player Morgan Gobeil is interviewed after a game by Tyler Bieber, a radio broadcaster who was killed in the bus crash. (Melanie Gray)

The Gobeils spent every day at the hospital to help with their son’s rehabilitation.

The couple’s critical care insurance ran out in September.

“The road is long and challenging, but we are confident Morgan’s work ethic and determination will be a cornerstone of his recovery,” the Gobeils said in a statement.

“During his time at the hospital, Morgan has celebrated his high school graduation, his brother’s wedding, his 19th birthday, several holidays and he has witnessed the change of all four seasons,” the statement read. 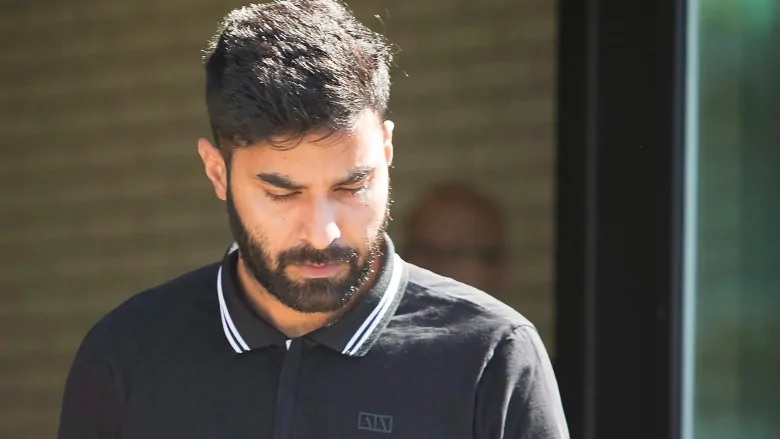 Truck driver Jaskirat Sidhu walks out of provincial court in July after appearing for charges due to the Humboldt Broncos bus crash in Melfort, Sask. (Canadian Press)

“There has yet to be a day where I don’t feel anxious or sad or angry or worried of all of them at the same time,” Pam Gobeil said in January.

The truck driver, Jaskirat Singh Sidhu, admitted in court he ran a stop sign causing the crash and pleaded guilty to 29 counts of dangerous driving in January.

He will be sentenced March 22.