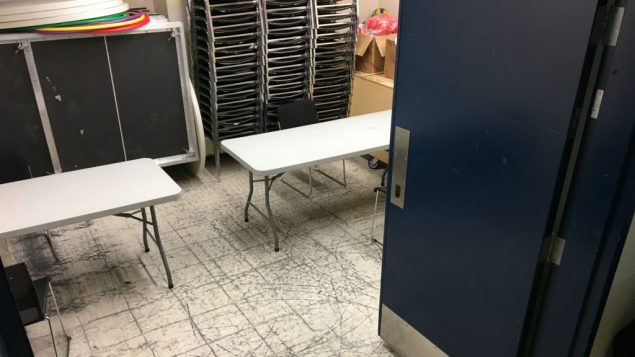 The Qaggiq Gymnasium equipment room set up with chairs and tables on itinerant court day in Kangiqsujuaq, Quebec in June 2018. The lack of facilities in small Nunavik communities means crime victims have to meet their support workers in places like this for privacy when travelling court comes to their village. (Eilís Quinn/Eye on the Arctic)

With the Quebec provincial budget scheduled for later this month, the Quebec Bar Association is demanding immediate, short-term investments to address justice system shortfalls in Nunavik, the Inuit region of Arctic Quebec.

“The justice needs in the North are urgent, especially for the citizens of Nunavik,” said Paul-Matthieu Grondin, president of the Quebec Bar Association, in a French-language news release on Wednesday.

“It’s imperative to help Indigenous communities obtain a justice system better adapted to their reality. It’s our responsibility as a society to provide fair and equitable services to all Quebecers when it comes to basic services such as access to justice. “

The association pinpointed three areas that needed urgent action: the immediate creation of two deputy judges assigned to Nord-du-Québec, an administrative region of the province that includes Nunavik; two additional interpreters to work with the travelling court, and the addition of 10 paralegal positions to the current 17-member team.

The association said the addition resources would total  $2,606,100 in the short term.

There are no resident judges in Nunavik, a region with a population of around 13,000 people.

The region’s 14 communities are served by an itinerant court from southern Quebec that visits communities an average of two to four times a year depending on the weather. 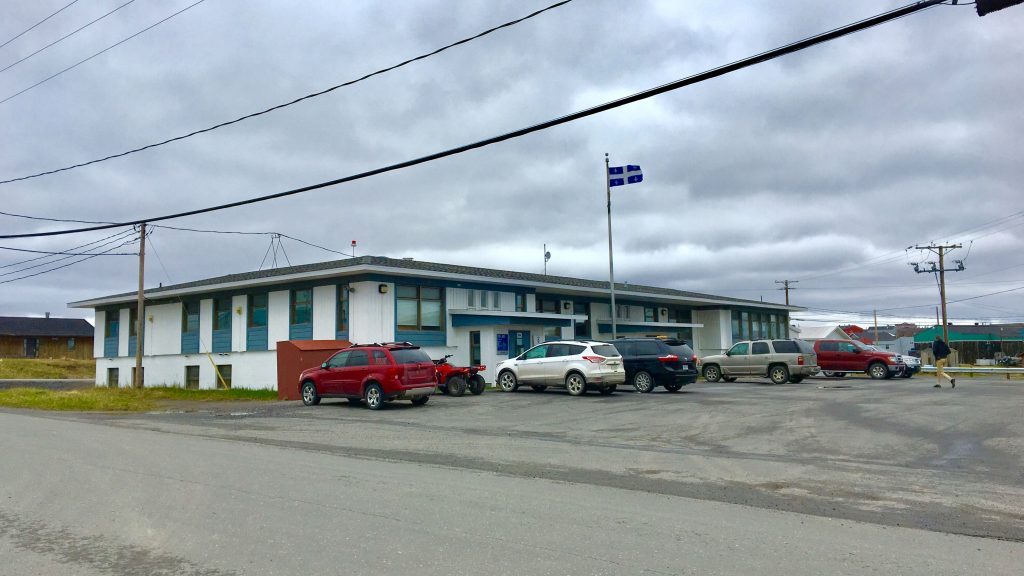 The courthouse in Kuujjuaq, Quebec. There are no resident judges in Nunavik. In recent months, several Kuujjuaq-based positions, including legal aide and the Crown Prosceuctor, have been transferred to places in southern Quebec. (Eilís Quinn/Eye on the Arctic)

The dire limitations of the Quebec justice system in serving Inuit in the province’s Arctic have been repeatedly flagged over the last 20 years in several independent reports:

In 2018, Montreal defence lawyers Victor Chauvelot and Louis-Nicholas Coupal filed a class action lawsuit seeking financial compensation for Nunavik detainees whose bail hearings have been delayed beyond the three-day Canadian maximum after arrest.

The justice system has also been a focus of Quebec’s Viens commission, set up in 2016 to examine the relationships between Indigenous peoples and Quebec’s public services, with Inuit testifying to a range of challenges in navigating the justice system including poor communication from authorities, and that the misunderstanding of things like bail conditions  can lead to legal problems. (The majority of Nunavik’s Inuit speak Inuktitut as their mother-tongue, while in the province of Quebec, the official language is French and the majority of legal proceedings are conducted in English.)

Lack of staff and recruitment issues is also forcing Nunavik’s legal aide office in the village of Kuujjuaq to be shut down this month and transferred 1300 kilometres away to the city of Val-d’Or in southern Quebec.

The provincial budget is scheduled for March 21.

Canada: Death in the Arctic – A community grieves, a father fights for change, Eye on the Arctic