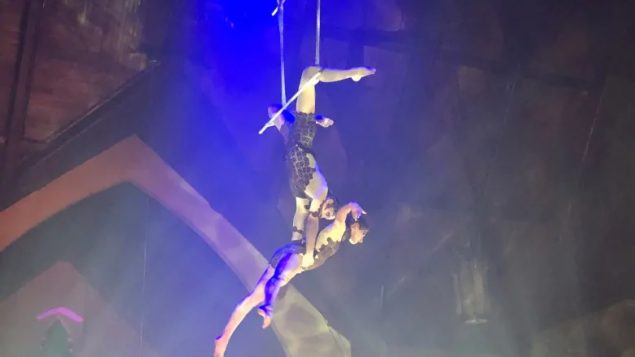 As congregations shrink, churches across Canada are seeking new ways to survivre. Here, acrobats hang from the rafters of 150-year-old St. Jax Anglican church in downtown Montreal. The church partnered with Le Monastère -- a circus cabaret show -- to generate revenue. Sgt. Jax also takes a more traditional approach: renting out its space to a group that helps refugees and to Alcoholic Anonymous to help fund renovations on things like a leaky roof. (Kate McKenna/CBC)

Like in so many other Western countries, Canadians are attempting to cope with shrinking congregations as secularization across the country grows and survival tactics abound.

Some tactics are traditional; turning churches into condos or tearing them down and building apartments.

Others: a whole lot less so: a church in Montreal is partnering with a circus, a cathedral in Newfoundland and Labrador is slated to become a brewery, in Saskatchewan, churches are creating art studios and fancy homes. 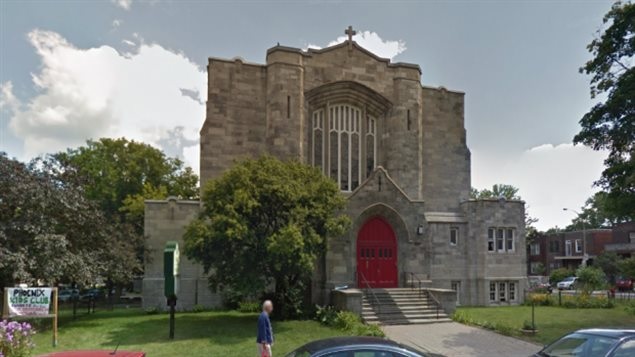 Trinity Anglican Memorial Church in Montreal closed 2017. Trinity was built in 1922 and officially opened in 1926. It was dedicated as a memorial to soldiers who died in World War I
(Photo Credit: Google streetview)

How drastically is Canada’s religious urban and rural landscape changing?

The National Trust of Canada estimates that a full one third of religious spaces–churches, former seminaries, parsonages and the like–will be shuttered, sold off or demolished over the next 10 years.

That’s about 9,000 buildings and spaces, according to Robert Pajot, regeneration project leader of the National Trust of Canada.

Pajot says the effects are wide-ranging.

“It’s not about the buildings,” he tells the CBC’s Bonnie Allen. “It really is beyond the impact of the loss of a heritage building in the community. 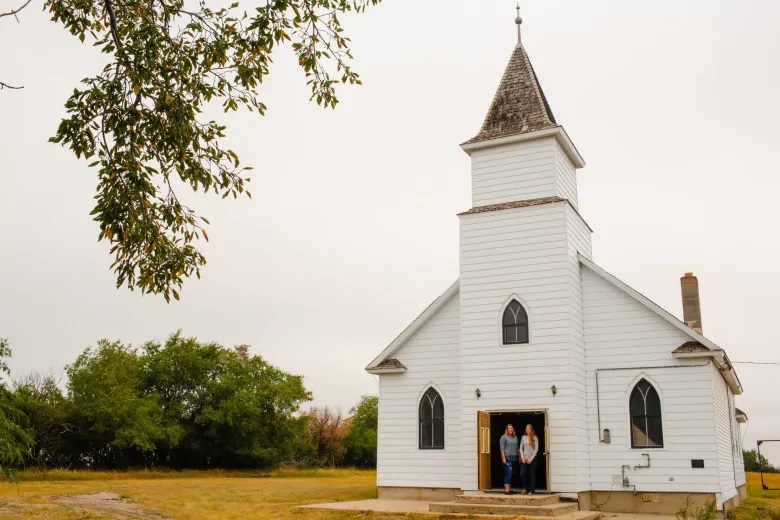 The Hazlet Lutheran Church, northwest of Swift Current, Sask., sat empty for nearly 25 years until two friends, Lindsay Alliban and Erin McKnight, bought it in 2016 and converted it into a live music space. (Katie Toney)

“The places of faith have been, for generations, centres of so much of community life. They play a defacto community hub role, community service roll.”

In Eastern Canada, the Roman Catholic Church is being hit hard.

In New Brunswick, 20 of 53 parishes in the eastern section of the province are expected to close soon.

North of Montreal, 30 of 54 Catholic churches were slated for closing in a 2018 report.

Meanwhile, across the Prairies, Protestant churches in small towns are being boarded up. 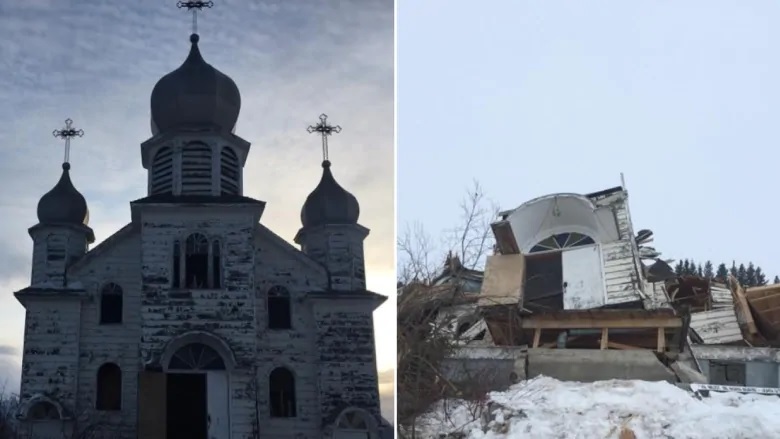 The Village of Meath Park, Sask., 170 kilometres northeast of Saskatoon, demolished this church in 2018 over safety concerns related to its crumbling foundation. Residents who tried to stop the demolition had to be removed by RCMP. (Submitted by Pauline Bear)

“These places are more than just places of worship, they are landmarks in their communities,” says Pajot.

The National Trust of Canada is partnering with a non-profit group in Toronto, called Faith & the Common Good, to hold training sessions for congregations on various measures they can take.

Pajot says people across Canada should be doing more to cope with the emotional effects.

“It ends up being very gut-wrenching for the community,” he tells Allen.

“There is sometimes a mixture of shame…embarassment and anger.

“It’s a real volatile cocktail mix of emotions that needs to be, very gently, worked through.”