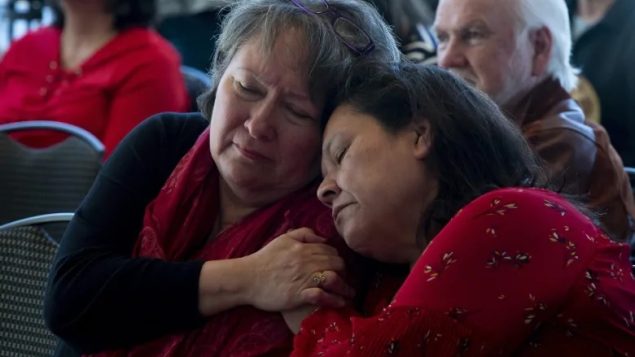 The Liberal government has taken another step towards righting past wrongs committed against Canada’s Indigenous peoples.

The government announced in December it had reached a settlement with survivors of former Indian Day Schools. 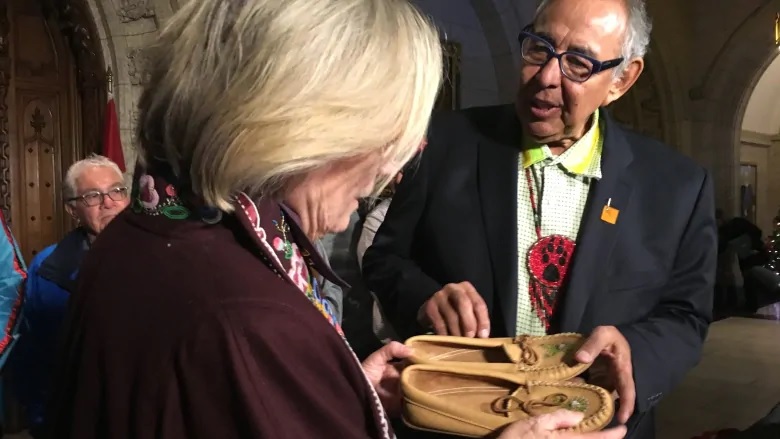 Garry McLean, the lead plaintiff in the Indian Day Schools court action that was settled in December, presents moccasins to Crown-Indigenous Relations Minister Carolyn Bennett after the announcement. McLean died last month, but a legacy fund has been established in his name as part the agreement, the details of which Bennett announced Tuesday. (Jorge Barrera/CBC)

Former students of the day schools will be eligible to receive from $10,000 to $200,000 each in compensation, depending on the harm or abuse they received.

“This agreement will bring us one step closer to a lasting and meaningful resolution for survivors…of this dark and tragic chapter in Canada’s history,” Bennett said.

Unlike Indian Residential Schools, the estimated 200,000 Indigenous children who attended Indian Day Schools did not reside at the schools, which were run and maintained by the same denominations–Roman Catholic, Church of England, Methodist and Presbyterian–that ran the residential schools.

As in the Residential Schools, many children in the day schools suffered physical and sexual abuse. 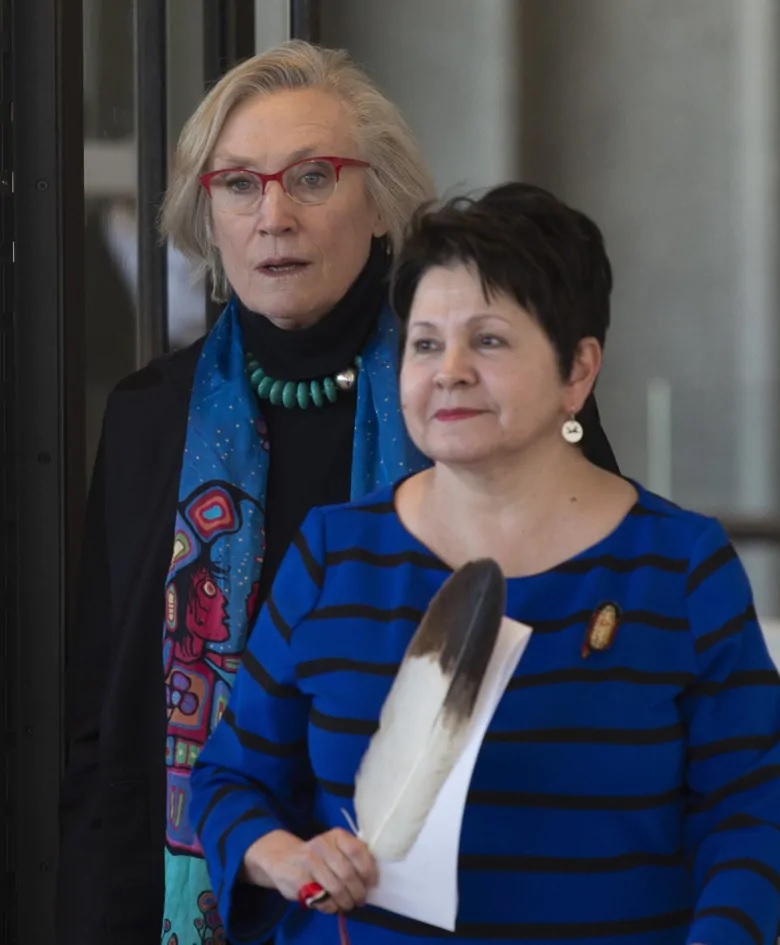 The latest agreement is an out-of-court settlement of a $15 billion class-action law suit initiated in 2009 by Garry McLean, who attended the Dog Creek Indian School in Lake Manitoba First Nation.

McLean died in February after devoting his life to advocacy work for First Nations causes.

The $200 million fund will be used for “healing, wellness, language, culture and commemoration for class members and their communities.”