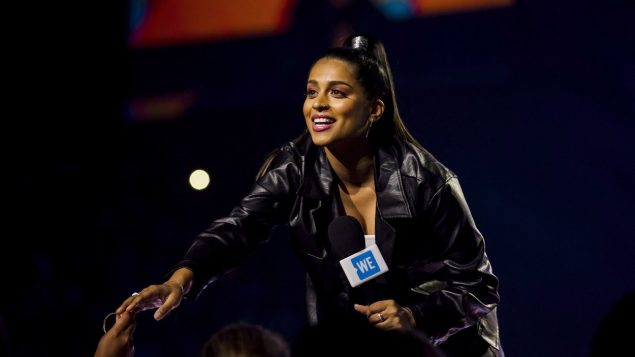 Lilly Singh last November when she announced she was taking a break from performing on YouTube. Now, she's headed to U.S. network television (Canadian Press/Christopher Katsarov)

Canada has a well-earned reputation for producing funny people (click this link).

Nobody’s quite sure why and theories abound. YouTube star and comedian Lilly Singh, who becomes a late-night host on NBC-TV in the U.S. this September, celebrates with the two hosts who will proceed her each night: Jimmy Fallon, left, and Seth Meyers. (Adam Lipovsky/NBC)

I figure it’s the weather.

The forecast is 8C with rain.

I’m ready to celebrate it as the first day of spring, a season that has a very iffy history in this country. (There are years when it fails to show up at all.) 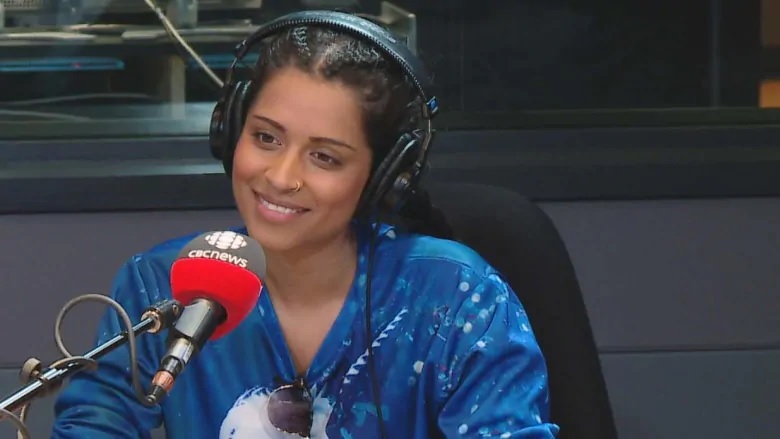 Lilly Singh in 2015 during an interview on CBC-Radio in Toronto. (CBC)

But kind of funny too, no?

This is where humour and irony come in.

Which brings us to a woman named Lilly Singh.

From all accounts she passed a somewhat normal childhood in Toronto.

Raised as a Sikh, the daughter of parents from Punjab, she attended public schools and graduated from York University with a degree Psychology in 2010.

Nine years later, she is a YouTube star and about to take a giant step on the Show Business Path to Fame and Fortune. Lilly Singh, seen at the iHeartRadio Much Music Video Awards in Toronto in 2017, says she’s hoping her parents consider her new NBC job to be “as exciting as a grandchildren.” (Arthur Mola/Invision/AP)

“Lilly Singh–YouTube sensation and unofficial queen of Canada–is about to conquer late-night television.’
wrote the Huffington Post Canada on Thursday, the day of the announcement.

“The comedian, who hails from Scarborough, Ont., is taking over from Carson Daly on NBC. Starting in September, ‘A Little Late with Lilly Singh’ will be in the 1.35 a.m. nightly time slot.”

Now to many of us, 1.35 a.m. might appear late, really late, but people way younger than me have explained that modern technology makes it no longer important when show actually airs.

Singh, another Canadian girl on the verge of making good, becomes the only woman–the first woman of colour–to host a daily late-night show on a major U.S. broadcast network. 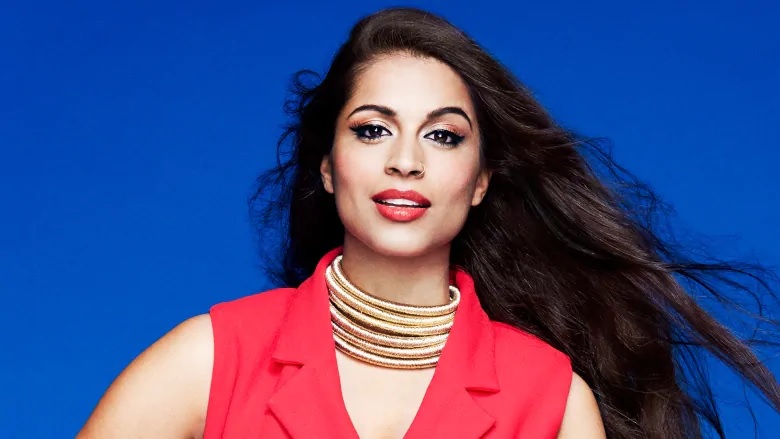 “An Indian-Canadian woman with her own late-night show? Now that is a dream come true,” Singh said in news release.

“I’m thrilled to bring it to life on NBC, and I hope my parents consider this to be as exciting as a grandchildren,” Singh added.

“Some Indian-Canadian flair is coming to late-night TV,” wrote the Associated Press.

The show will include in-studio interviews and pre-taped comedy sketches.