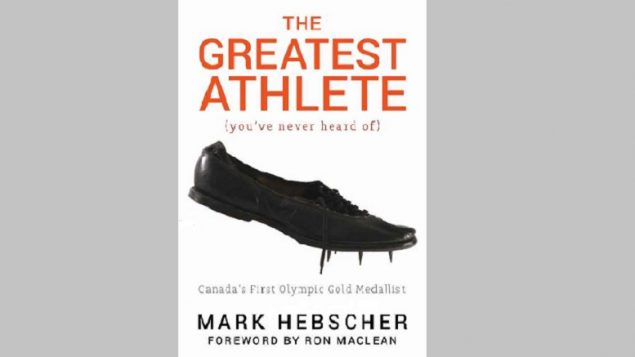 Today, this Canadian would be hailed as a national sports hero, a celebrated promoter of community, and as an author. Alas almost no-one knows about him, including almost all Canadians. Mark Hebscher dug into the story of GW Orton. The Greatest Athlete You've never heard of" (Dundurn Press)

The forgotten Olympic gold medallist, who in fact is Canadian

He’s someone whose history is somewhat stuck between two countries, the U.S. and Canada.

He was a Canadian, but for many decades was claimed by the U.S. and thought to be American by most Canadians, if they thought of him at all.  In fact most Canadians today have ever heard of him, and probably not many Americans remember him either.

Yet George Washington Orton was extremely well-known in his day. A world class athlete, first Canadian to win an Olympic gold medal, a brilliant scholar and promoter of social programmes involving athletics

Mark Hebscher, sports broadcaster and now author delved into the mystery of this forgotten yet amazing Canadian in his new book, The Greatest Athlete You’ve Never Heard Of”.

It took Hebscher some two years to ferret out information on G.W. Orton, although over 100 years ago he was famous in the athletic world, and virtually a household name. In the late 1800’s, Orton was a star athlete in Canada, but when he left to the U.S to continue his studies, the Canadian press lost virtually all interest. 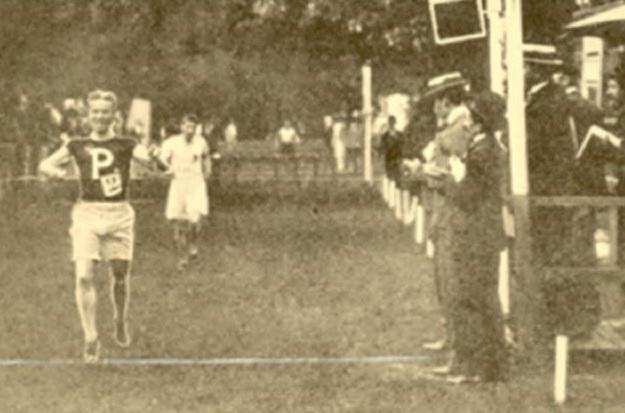 July 1900, image of GW Orton winning his gold medal in Paris, although it may be a photo “doctored” as in a primitive form of “Photoshop” to show him crossing the finish. (photo likely from U Pennsylvania)

Canada was still a young country at the time, and there was a sentiment that Canadians who left for the U.S were “traitors” of sorts.

The Americans for their part thought he was one of theirs. After all his name, George Washington Orton was just so American and he competed while at the University of Pennsylvania, and often with the university letter “P” on his jersey in international competitions. 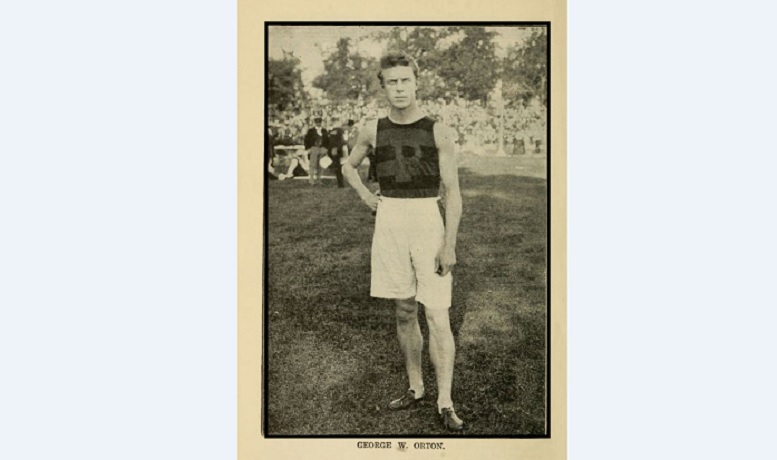 George Washington Orton,pictured in Philadelphia in 1896. He usually stood to held is right arm behind him to hide the fact it was somewhat “withered” (courtesy M Hebscher)

Able to speak several languages, author, world class competitor in long distance running, he was also a skillful competitor in hockey and lacrosse, and all this in spite of the fact he had suffered a brain injury as a three year old that left him unable to walk for years along with a permanent loss of most function in his right arm. 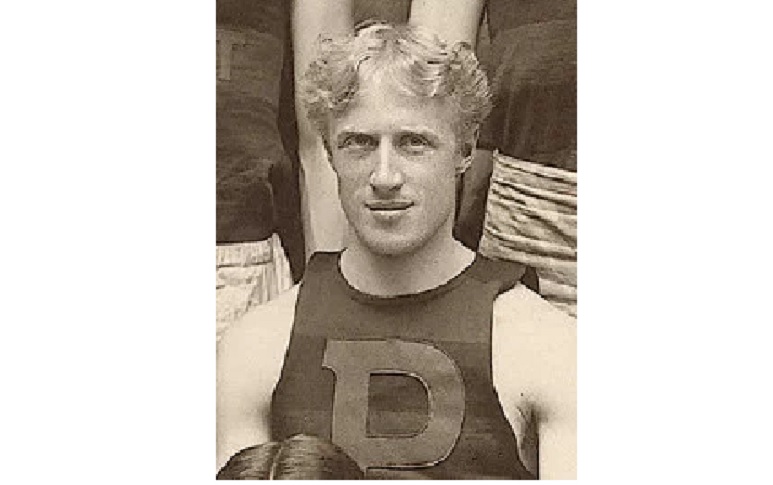 What little is written on GW Orton often shows this picture, even to this day, but it is in fact a photo of his younger brother. (wiki)

Hebscher’s book also covers some other interesting details about early developmental aspects of sport in North America, and how many Canadians were involved in promoting sport in the U.S. 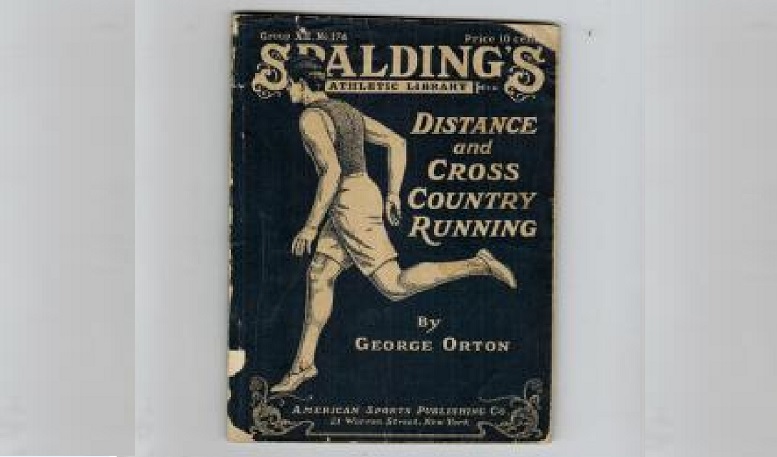 Almost a textbook on running technique, Orton’s books were far ahead of their time, showing many photos to illustrate his points about technique. (courtesy M Hebscher)

The book points out how this Canadian helped promote several sports in the U.S, including track, hockey, lacrosse, and North American style football, being the first to propose putting numbers on football jersey’s so that fans could better follow individual players and thus increase interest as a spectator sport. 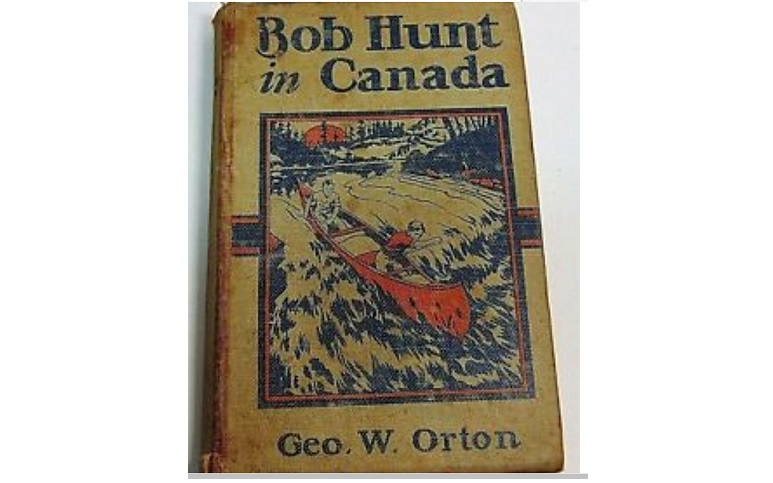 As if all his other accomplishments weren’t enough, Orton also wrote adventure books for young readers in a series called “Bob Hunt”. including such titles as “at Camp Pontiac” and “Senior Camper”. Among his other university and athletic duties he was also a director of a summer camp in New Hampshire, and himself often travelled and camped in remote places so his stories (ebay)

He also promoted the social aspects of sport for children helping with the promotion of playgrounds for children.

Indeed he was incredibly accomplished at many things and was also a family man, although his marriage suffered as he was away from home so often either competing or involved with other duties. 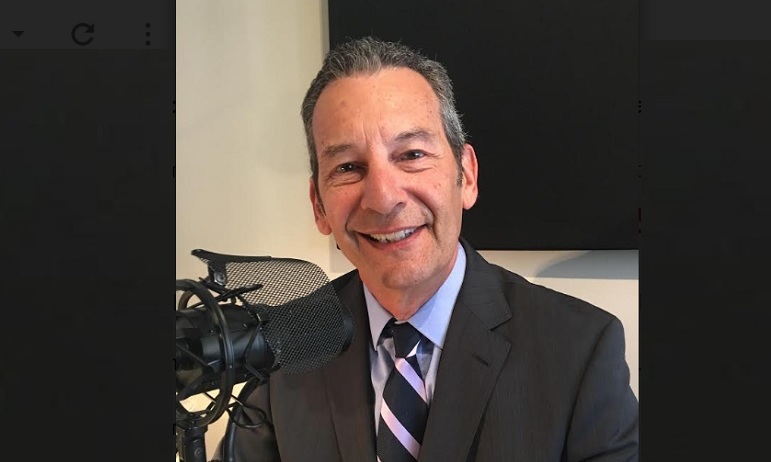 He never hid his Canadian background, but also in typical Canadian fashion never made a big deal of it, nor for that matter of his multitude of accomplishments.

It is clear that if he were alive today, Canada would love to claim him, and perhaps now, thanks to this revelation in Hebscher’s book, he will finally get at least a degree of public recognition from his homeland.