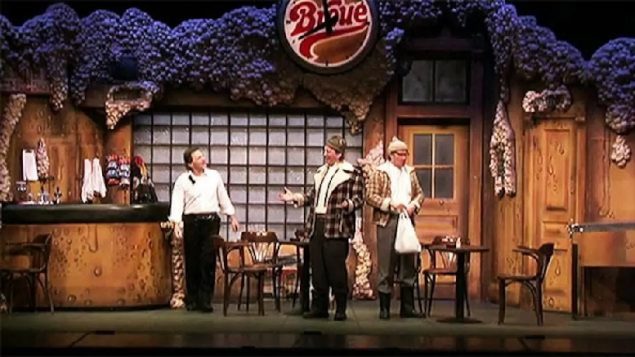 March 21 1979: a group of under-employed French-Canadian actors are about to stage a small play they’ve created and open at a small downtown Montreal shop converted into a makeshift theatre.

The play is called simply “Broue”, an Anglicism on the word “brew” which itself is a colloquial word for beer. However ‘broue’ is French-Quebec colloquialism which specifically refers for the foamy head on a glass of beer. 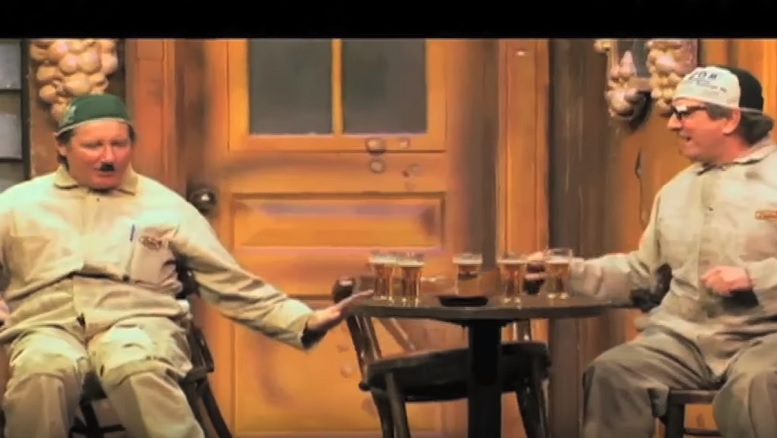 Marc Messier and Michel Cote in a scene of Broue (Youtube)

Created by Jean Barbeau, Germain Beauchamp, Gaston Caron, Robert Gurik, Claude Meunier, Jean-Pierre Plante, Francine Ruel et Louis Saïat, it starred Marc Messier, Michel Côté,and Marcel Gauthier. It was initially a way to give them about a month’s worth of work until late spring and summer acting came along.

Instead it became an almost immediate cult hit with non-stop bookings all around the mainly French-speaking province.

It ended up earning a Guiness record in 2006 for the longest running theatrical play with the same actors and is a cultural legend in Quebec.

The scene is “Chez Willy” (Willy’s Place) a fictional neighbourhood tavern on the evening before a new law in Quebec comes into force requiring that taverns admit women. Taverns sold beer only and up until the 1970’s were exclusive male domains so it was the place where Quebec males could have all to themselves 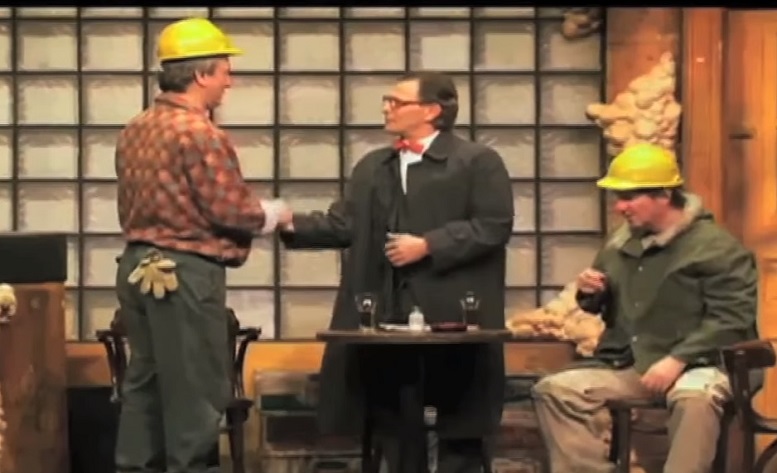 L-R: Michel Cote, Marcel Gauthier, and Marc Messier in a scene which pokes a little fun at the English-French divide (Yotube)

.The three actors play several different characters during the play.  At once hugely comedic and playing on the old tavern atmosphere and parodies the kind of working class Quebec characters and cliché’s that populated the small neighbourhood taverns of the 1960’s.  There’s also just a hint of nostalgic sadness for a bygone era, while briefly also poking a bit of fun at the English and French solitudes in the city, 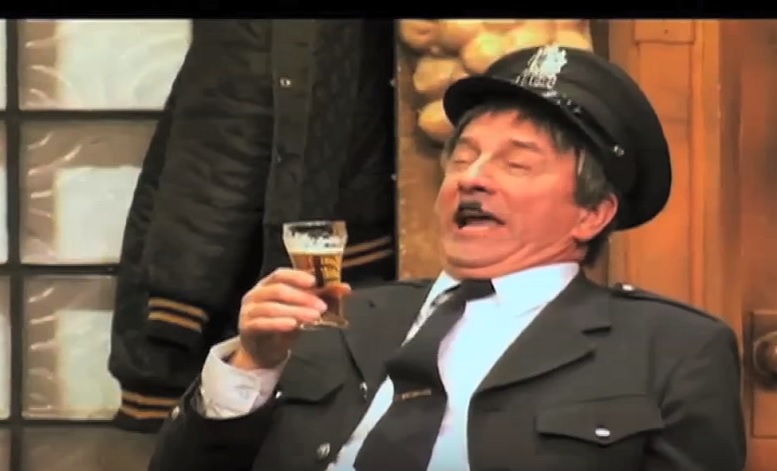 Michel Cote as yet another character and regular patron of Chez Willy, Each actor plays several different characters in the play. (YouTube)

The website says it has sold over 3.2 million tickets during its run, and many Quebeckers have seen the play several times, as its become a cultural icon. It has also been performed in English to equally enthusiastic reviews and audiences .Although it was announced in 2006 that the play would end, it has since been performed again and again due to incredible popular demand.

But “Broue” is far from gone from Quebec and it’s now also being staged in other languages and other countries.

In Quebec when any performances is announced, it still is almost instantly sold out.  Three new comic actors have taken up the roles and it will continue its record breaking run in Quebec starting in June and running through to August at a well-known theatre in Terrebonne just north of Montreal before continuing  on to Quebec and then Gatineau (Hull)