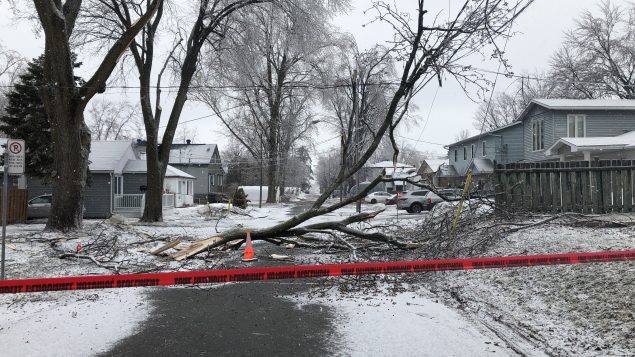 Ice storm cuts power to over a quarter million homes

The storm brought back memories of a gargantuan ice storm in January 1998 which toppled electrical pylons, paralyzing Montreal and Ottawa and affecting parts of four provinces for days, and in some areas, months.  Temperatures hovered around 0 C making it hard for people to stay warm in most homes where electricity is needed to heat or to trigger oil and gas heating systems. Over 600,000 evacuated their homes. Vehicles were destroyed, the military was called in and Montreal’s water filtration plant  reportedly came within a hair of shutting down. Nearly 1,000 people were injured and 35 died. 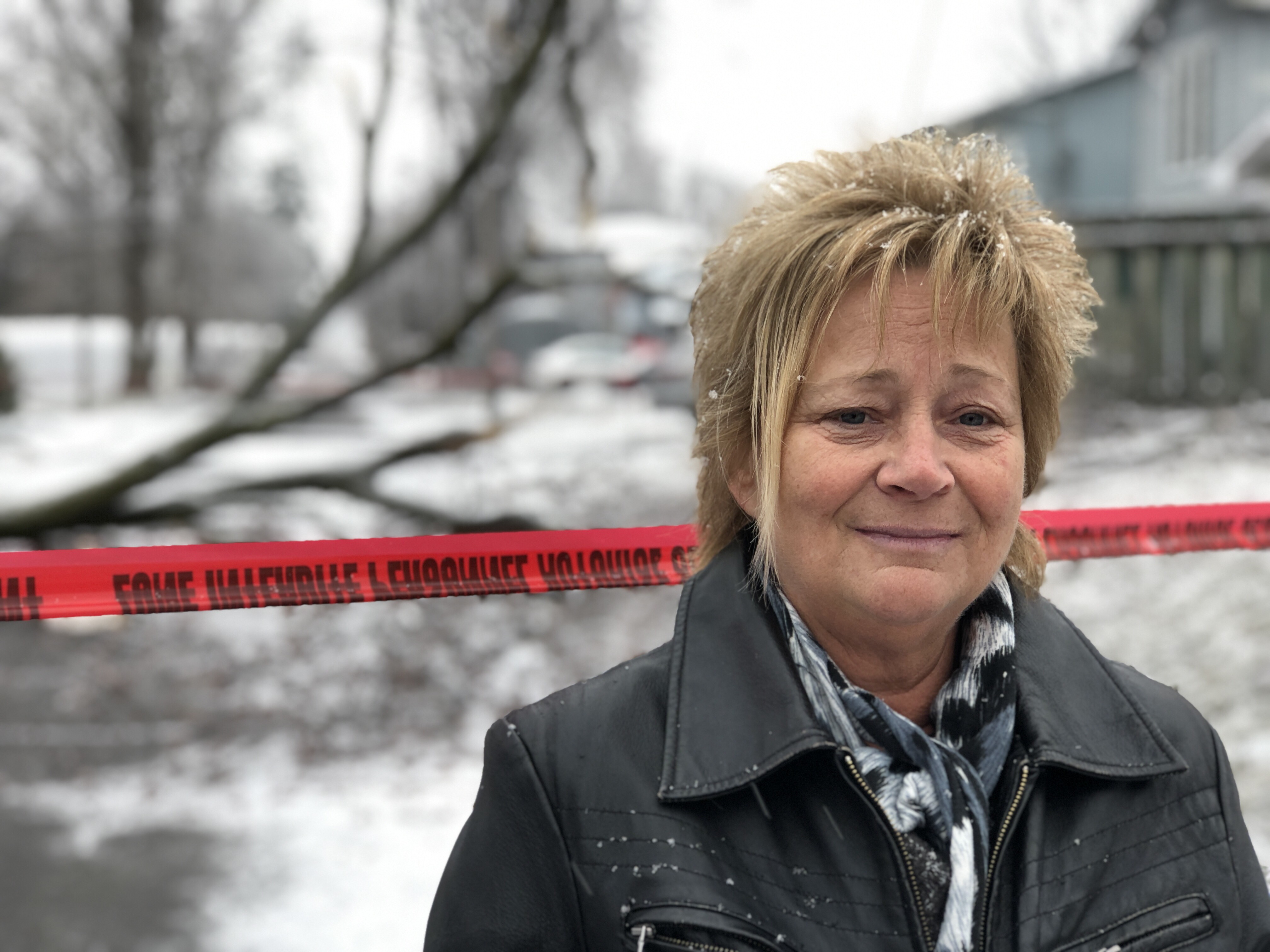 Murielle Simard is one of many people who had to leave their homes in Laval because of the power failure. Hotels nearby were full and she travelled 18km to find a room. (Sarah Leavitt/CBC News)

While yesterday’s storm hit a smaller area, it caused damage and disruptions and the closure of many schools.

Areas north and northeast of Montreal were hardest hit.

And nasty weather is not over. A weather warning was issued for the same region for the coming five to 15 centimetres of snow. 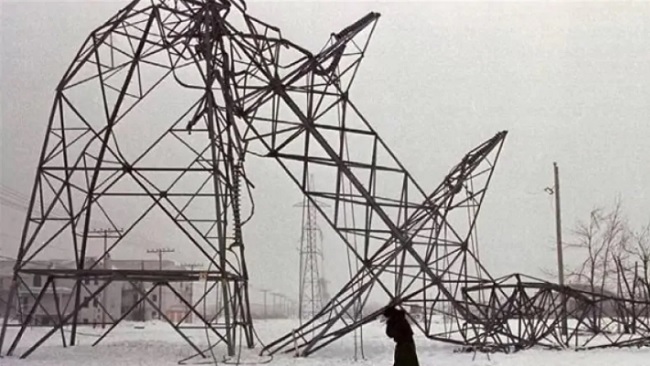