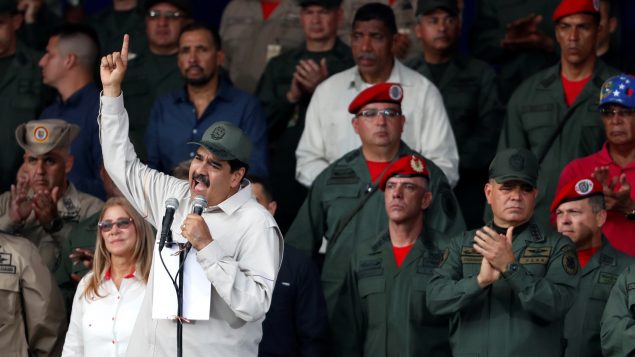 Venezuela's President Nicolas Maduro speaks during a ceremony to mark the 17th anniversary of the return to power of Venezuela's late President Hugo Chavez after a coup attempt and the National Militia Day in Caracas, Venezuela April 13, 2019. (Carlos Garcia Rawlins/REUTERS)

Among those included in the fourth round of Canadian sanctions are the head of the Venezuelan National Intelligence Service (SEBIN), Manuel Ricardo Cristopher Figuera, the commander of Venezuela’s Directorate General of Military Counter-Intelligence, Ivan Rafael Hernandez Dala, and the head of the Venezuelan National Police’s Special Actions Force (FAES), Rafael Enrique Bastardo Mendoza.

These measures are being taken in response to the “Maduro regime’s anti-democratic actions,” particularly relating to the repression and persecution of the members of the interim government of self-declared leader Juan Guaido, censorship, and excessive use of force against civil society, undermining the independence of the judiciary and other democratic institutions, Freeland said in a statement. 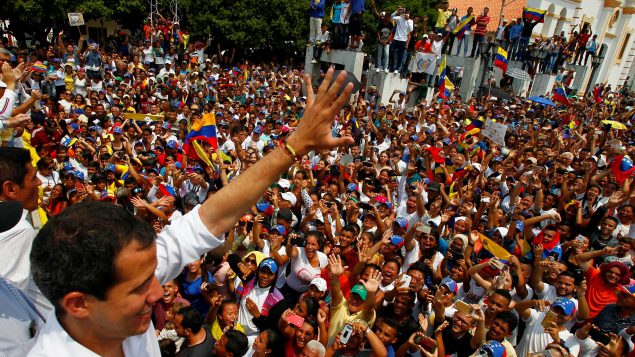 Venezuelan opposition leader Juan Guaido, who many nations have recognised as the country’s rightful interim ruler, takes part in a rally during his visit in Villa del Rosario, Venezuela, April 13, 2019. (Isaac Urrutia/REUTERS)

Canada and several other Western nations led by the United States have recognized opposition leader Guaido as Venezuela’s interim president until a new round of elections can be held but his bid to oust Maduro has stalled as large portions of the Venezuelan military, security services and police have remained loyal to the leftist leader.

Freeland will attend a meeting on Monday in Santiago of Lima Group countries, a regional block that opposes Maduro.

The latest meeting of the Lima group is being held after more than three million Venezuelans have fled hyperinflation, food and medicine shortages and political crisis.

The crisis in Venezuela has also acquired a strong geopolitical undercurrent as Russia, China and Cuba have doubled down on their support for the embattled Maduro government.