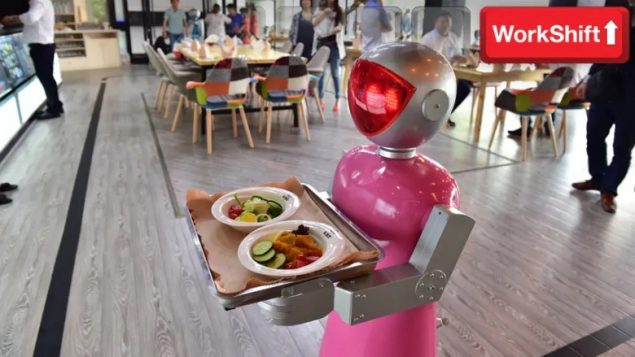 . A 'female' robot waiter delivers meals for customers at robot-themed restaurant in Onin Yiwu, Zhejiang province of China. Robots, AI, automation: technology is a major factor affecting jobs and careers, but not the only factor in the future, which can include issues like the environment and demographics amongst o(hers VCG-Getty Images- via CBC)

Jobs threatened, jobs created, the future of employment in 2030

Many reports suggest that technology and AI will threaten vast numbers of typical job categories we know today. A new report notes that other factors will also come into play in both eliminating and in creating jobs by 2030 including climate change, and demographic and population shifts.

There’s technology of course which could possibly replace vast numbers of traditional jobs ranging from taxi drivers, cashiers, and barristas to some unexpected ones like legal assistants, even sports and financial reporters. But what about the fact that older workers are not leaving, or are returning to the job market, or a resource industry that dries up, or careers in an emerging sector like the cannabis industry. 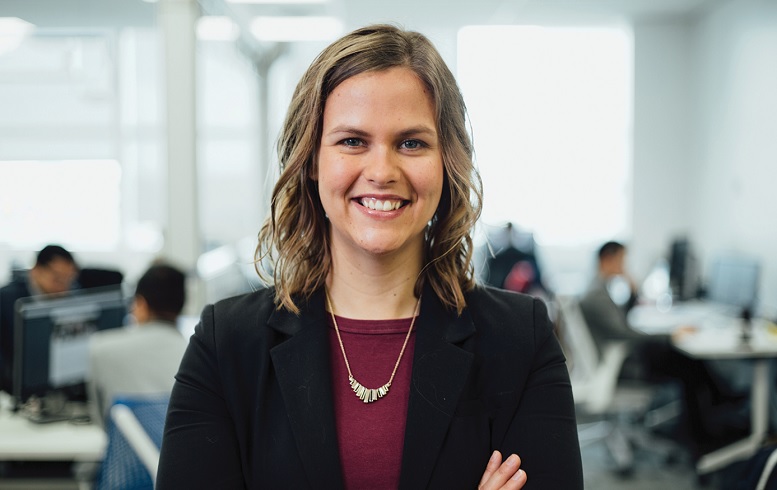 Jessica Thornton: lead author of the study and Senior Project Designer at the Brookfield Institute for Innovation and Entrepreneurship at Ryerson University in Toronto (supplied)

The report is called “Turn and Face the Strange: Changes impacting the future of employment in Canada”

It looks at how the job market may change by 2030. It notes several things are affecting the job market and explores future scenarios for the job market and skills requirements in Canada. The changes include the obvious technological changes but the Institute is also looking at other factors including: 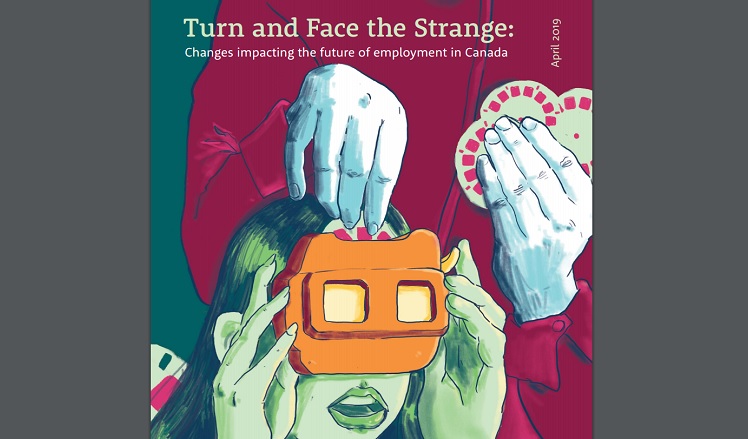 Cover image of the new report from the Brookfield Institute at Ryerson University, the first in a series to develop a better idea of emerging and declining career opportunities in Canada by 2030. (Brookfield Inst)

One of the trends they notice is that the stresses of the changing market and job conditions seems to be increasing the amount of sick leave.  Thus an increasing category may be in the area of mental health care. While technology is resulting in losses in traditional manufacturing jobs, Thornton notes that some jobs may take on slightly different roles and skill sets than in the past, while new and previously unimagined careers open up thanks to technology such as in 3-D printing, the cannabis industry or even that of social media influencer.

Thornton says this report is an initial look at the changing job market and factors driving the changes. The Brookfield Institute says it will be delving more deeply into these issues towards creating a clearer picture of jobs and categories that will fade and those that appear within a little more than a decade.