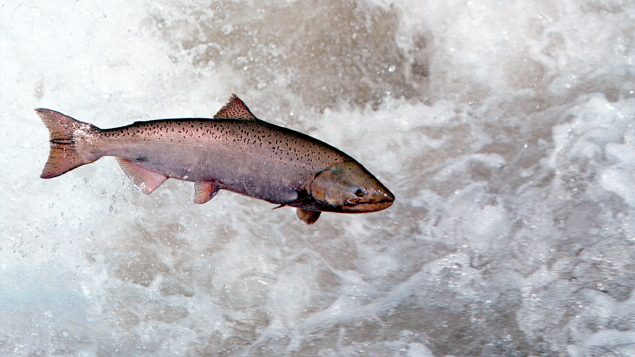 Recent assessments by the Committee on the Status of Endangered Wildlife in Canada for Chinook salmon from the Fraser River system have found Chinook are in danger of disappearing from Canada. (Bill Schaefer/Getty Images)

The federal government is planning to severely limit both the commercial and recreational fishery of Pacific Chinook salmon in British Columbia’s Fraser River basin to save the endangered species from extinction, Fisheries Minister Jonathan Wilkinson announced Tuesday.

Recent assessments by the Committee on the Status of Endangered Wildlife in Canada for Chinook salmon from the Fraser River system have found Chinook are in danger of disappearing from Canada, Wilkinson said.

Of the 13 wild Fraser River Chinook salmon populations assessed, only one is not at risk, he added.

“The science is clear: Pacific Chinook salmon are in a critical state,” said Wilkinson. “Without immediate action, this species could be lost forever.”

As a result the federal government will close commercial troll fisheries for Chinook until Aug. 20 in Northern B.C., and Aug. 1 on the West Coast of Vancouver Island.

For the recreational fisher, a daily limit of one Chinook per person will be imposed between July 15th and the end of December in parts of the basin (with a total limit of catches per season of 10 fishes), while the Fraser River recreational fisheries will be closed until Aug. 23.

“The measures I am announcing today, as part of a comprehensive plan to protect wild Pacific salmon, are significant, necessary and difficult,” Wilkinson said. “They are critical to the future of Chinook stocks and to the futures of Indigenous and coastal communities who rely on them for sustenance, jobs and economic prosperity.”

The federal government will also engage with First Nations, the provincial government and stakeholders over the next several weeks to explore to address a broad range of issues that are impacting Chinook stocks, Wilkinson said.

•    conservation issues, including land and water use issues,
•    fish habitat issues,
•    the role of hatcheries to support rebuilding and the potential for marked fisheries,
•    how seals and sea lions may be affecting Chinook salmon.