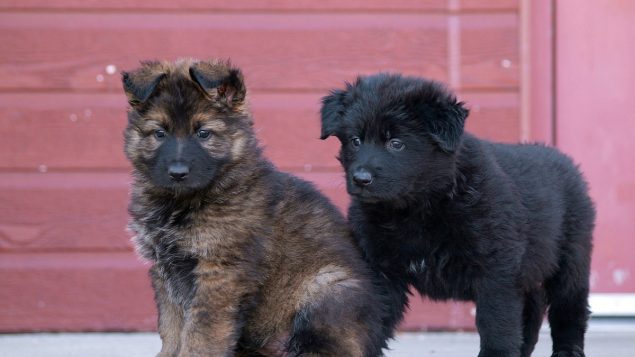 Two RCMP puppies have already received their names: Makwa is on the left and Maya on the right. (RCMP/The Canadian Press/handout)

The Royal Canadian Mounted Police has announced the winners of its annual name-the-puppy contest for 2019. A record-setting 34,714 children submitted their choices, up from the previous record of 13,000 entries.

This year the names all had to start with the letter M and had to be no longer than nine letters and one or two syllables. 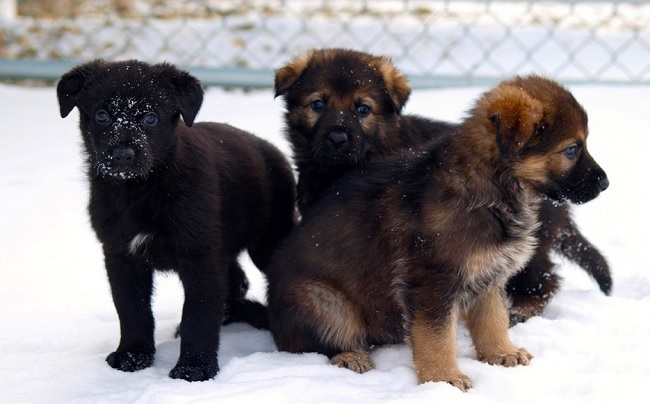 These were the first three puppies born at the Police Dog Services Training Centre in 2019. (RCMP)

Big jobs ahead for dogs

The winning names will be given to the first 13 puppies born at the Police Dog Services Training Centre in 2019. The dogs will be trained for such services as searching for missing or lost people, tracking and apprehending criminals, removing illicit drugs from the streets, detecting explosives and searching for evidence used in crimes.

All the German shepherd dogs that work as RCMP service dogs were born at the centre as part of the RCMP dog breeding programs.

The children who won will each get a RCMP baseball cap, a plush dog called Justice and a laminated 8 X 10 inch photo of the puppy they named.

Here is the list of the winning puppy names along with the names of the children who submitted them and where they live: