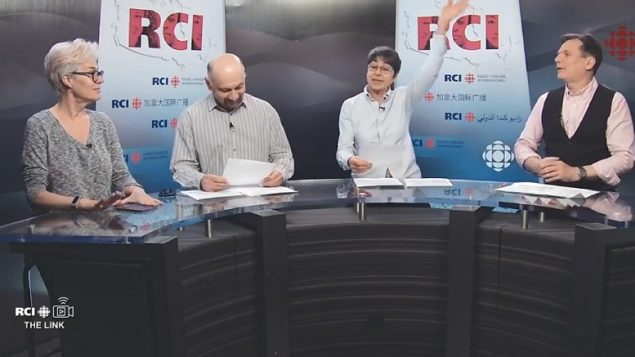 Your hosts: Lynn, Levon, Marie-Claude and Marc (video of show at bottom)

Could this beluga be a trained spy? 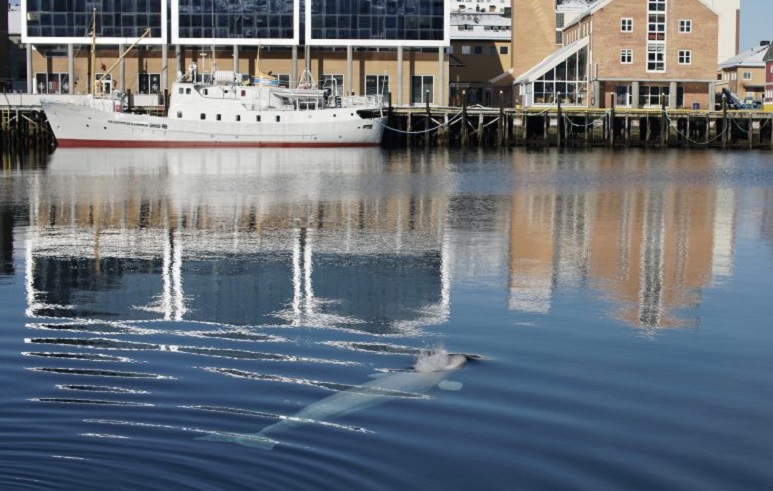 A beluga whale that was freed from a mysterious harness by Norwegian fishermen and fishery officials off the coast of northern Norway last week is in no hurry to leave the Norwegian waters. On Thursday morning it swam up to the Hammerfest harbour much to the surprise and the delight of Jorgen Ree Wiig, who had taken part in its rescue. (Jorgen Ree Wiig/Norwegian Directorate of Fisheries)

It’s a mystery. Norwegian fishermen discovered an unusually friendly lone beluga while out fishing. Beluga are relatively rare in the area, tend to stick to pods, and away from humans. This one was just the opposite, and in addition had a strange harness, which obviously had been carrying something. Could it have been a trained whale carrying spy equipment? Was it the Russians from their nearby bases in Murmansk or Americans spying on the Russian bases?

Levon has video and spoke to Joergen Ree Wiig, an official with the Norwegian Directorate of Fisheries, about the mysterious creature. 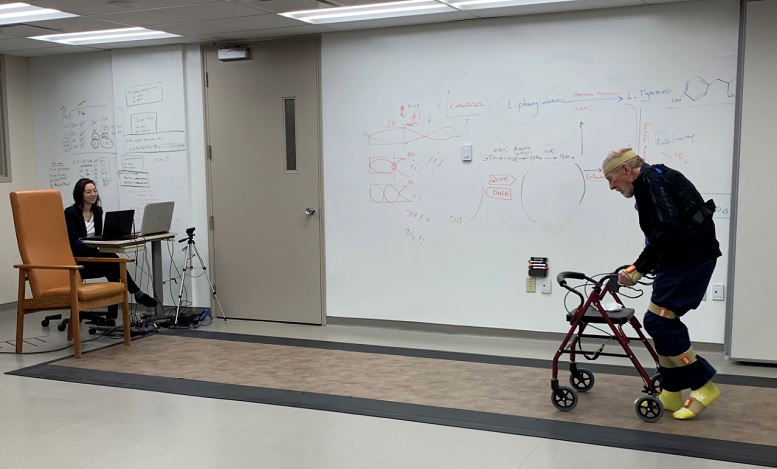 Guy Alden used to rely on this wheelchair device to walk and a mobility scooter to get around but now walks unaided. The photo shows him walking on a gait mat with special sensors used in the research project. This is how they record the participant’s movement and track their progress over time. Shortly after the treatment he was able to vacation with his wife in Hawaii, walking unaided (Lawson Research Institute)

Parkinson’s is a neuro-degenerative disease, and one of it’s many effects is a decrease in mobility, Patient’s can have difficulty walking, sometimes with their legs simply freezing up while moving  which results in falls.

Marc speaks with Dr Mandar Jog of Western University and the Lawson Health Research Institute who is leading the trial. 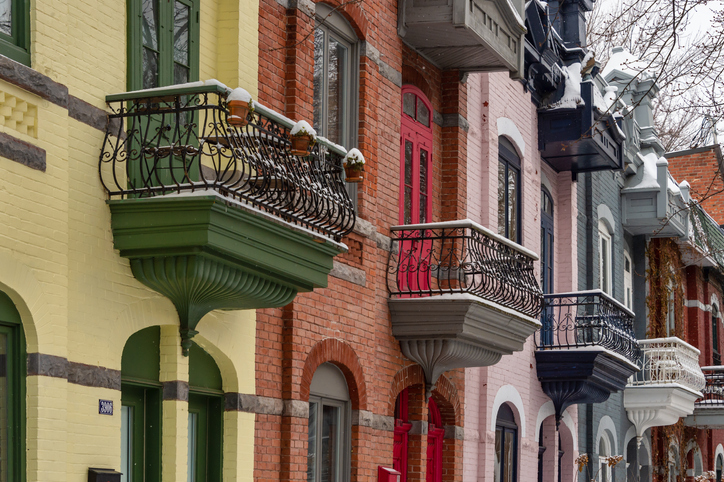 A 2017 McGill University report found that two or three per cent of the housing stock in Montreal’s Plateau neighbourhood is run by property management companies for short-term rentals. (iStock)

A look at the AirBnB phenomenon shows heavy corporate involvement in the rentals. An earlier study noted that corporate ownership of such properties is creating a shortage of rental properties and driving up rent costs for people seeking a living space.

Lynn spoke to Thorben Wieditz, a researcher with Fairbnb, a coalition involving tenants’ associations, condo owners and  boards, hospitality workers, and community legal clinics. He says these often foreign companies are making great profit from Canada for free as they “do not return anything in terms of taxes to Canada” 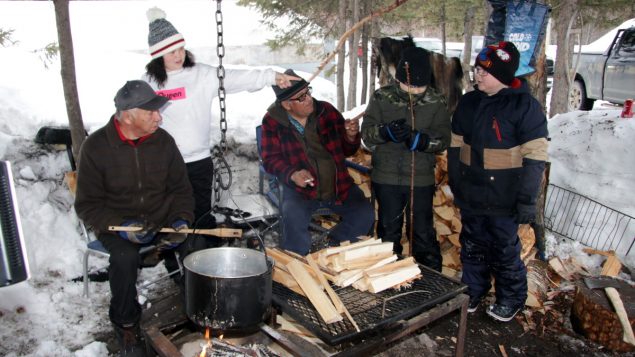 Travelling a few hours by car north of Montreal puts one in the heart of the boreal forest. It is here that First Nations are continuing the tradition of gathering maple sap and turning it into sweet syrup and taffy.

Marie-Claude presents her a teaser of her report, with the full story on the website this weekend.