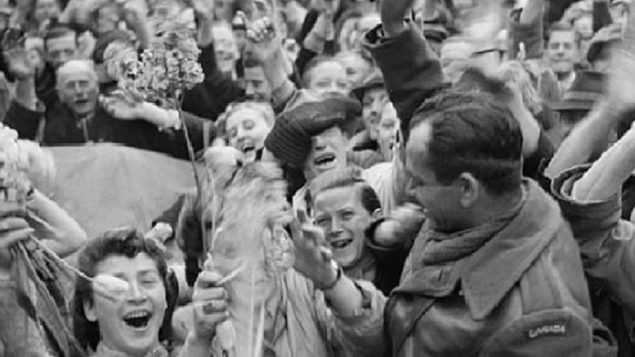 Crowd of Dutch civilians celebrating the end of the war and liberation of Utrecht by the Canadian Army, May 7, 1945 (Library and Archives Canada)

It was not quite a year earlier, June 6 1944, that the Allies landed on the shores of Normandy and began the long and terrible battle to free Europe.

In the final days of April 1945, two Canadian Army officers, and their nervous jeep driver made an astoundingly dangerous lone move deep within German held Holland. With the commander of German forces there, they secured the right for the Allies to begin feeding the starving Dutch population in the occupied region..

A mere few days later on May 5th, the German occupiers in northwest Europe surrendered. 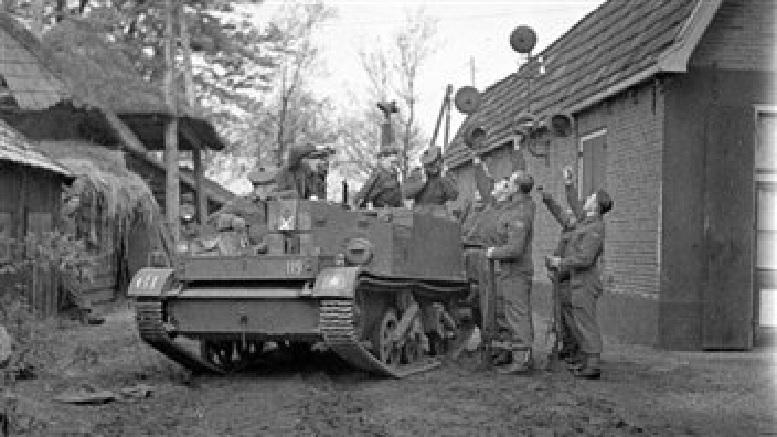 Hitler having committed suicide on April 30, the leaders of the remainder of the battered and surrounded German forces then sat at a table in Reims, France with the Allied leaders..

It was in the very early hours of May 7th, the German leader Gen. Jodl signed the document stating Germany agreed to an unconditional surrender thus ending the years of death and destruction of the war in Europe. 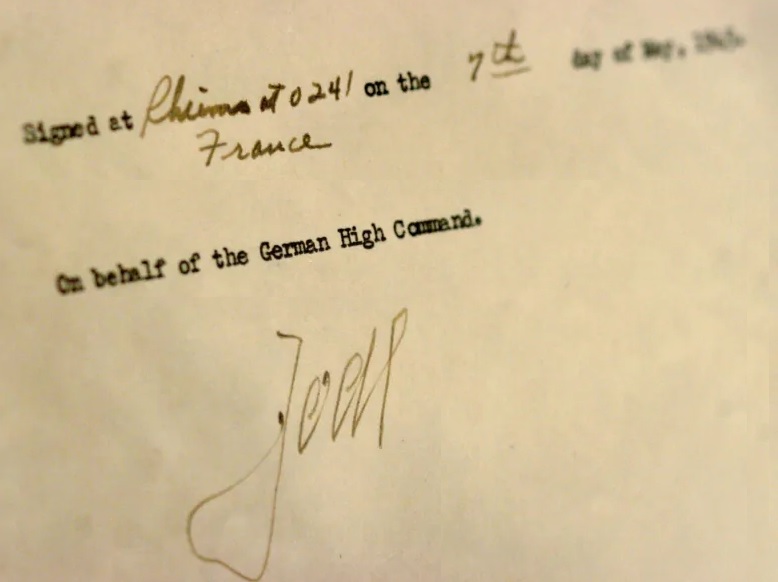 The signature of German Col. Gen. Alfred Jodl is shown on an original VE Day “Instrument of Surrender,” signed on May 7, 1945, at Allied headquarters in Rheims, France, to end the war in Europe. (Reuters)

May 8th was to be declared Victory in Europe Day, or VE Day.

The Soviets demanded a separate signing, held the following day in Berlin.  With the time zone difference, it was already May 9th in Russia and that is when they celebrate VE Day.

Though the official announcement was not to be made until the 8th, news of the surrender and the end of the war had leaked out and spontaneous celebrations began across Canada as word spread. 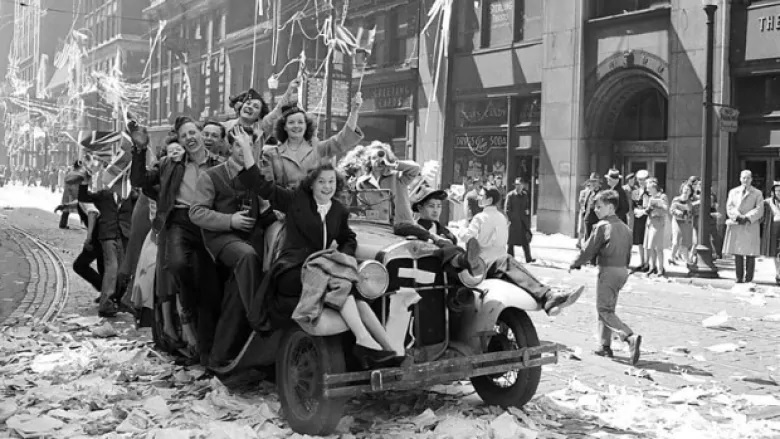 Revellers in Toronto celebrate the news May 7th, 1945 (wikicommons)

Not everyone could celebrate though as many munitions plant workers were asked to stay on the job to provide materiel to continue the fight in the Pacific against Japan. 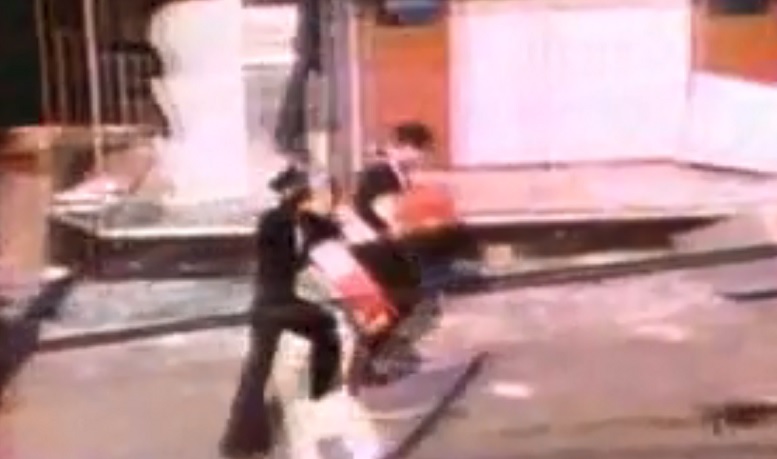 Thousands of sailors in Halifax, eager to celebrate, found the city mostly closed, In frustration, vandalism broke out and stores, especially liquor stores, were looted. Here two sailors stumble past a looted furniture store carrying cases of beer looted from the Keith’s Brewery. May 7, 1945. Order was restored on May 8. (via amateur film)

Canada had begun the war as a largely agricultural nation, but was vastly transformed in record time to a powerful manufacturing nation.

During the war, Canada had designed and built almost a million military vehicles, vast numbers of artillery and naval guns, hundreds of naval vessels contributing to the 3rd largest navy in terms of numbers, thousands of planes and the fourth largest air force, the largest aircrew training programme in the world, manufactured millions of light arms, shells and bullets, millions of tons of supplies including food, raw materials, uniforms,medical supplies, high technology in communications and radar, advances in medicine, and more. All this from a young nation with a relatively tiny population of only 11 million.  Now, the sometimes difficult transition from this total war economy back to civilian status was begun.