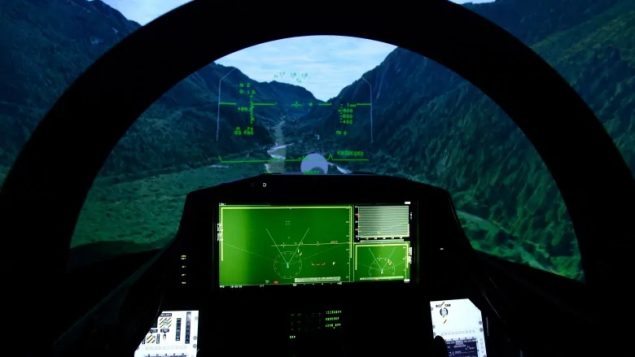 The user's view of a Saab Gripen E multi-role fighter aircraft simulator is shown at the Canadian Association of Defence and Security Industries' CANSEC trade show in Ottawa on May 30, 2018. The SAAB fighter is one the four fighters likely to be in the bidding process (Justin Tang/Canadian Press

The ongoing multi-year saga of Canada’s attempt to replace its ageing CF-18 fighter jets took yet another bizarre twist today.

Every country making such enormous multi-billion dollar purchases  seeks to have domestic benefits in terms of manufacturing of components.

Canada was to buy the F-35 in 2010, and has been sending tens of millions of dollars to Lockheed-Martin annually to remain a “partner” in the F-35 development programme and as one of four international contenders to replace Canada’s CF-18’s, Then there was a problem with the “single source bidding”. 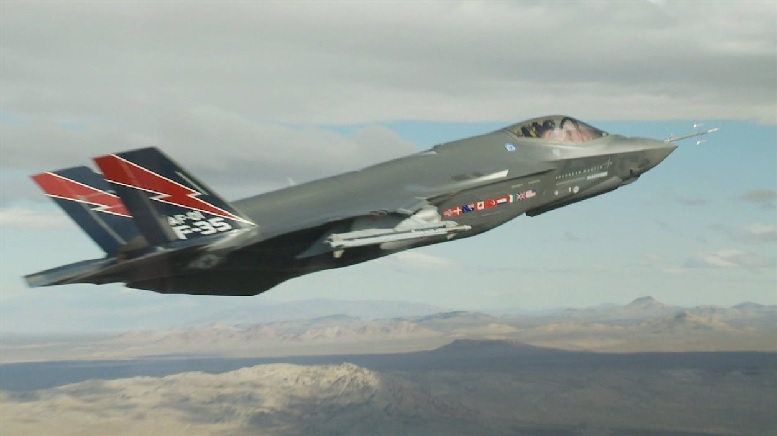 Canada was to buy 88 of the F-35’s, and has paid more than half a billion dollars into the programme, but it’s not assured the model will be the final choice. (via Radio-Canada)

In 2015, the Liberals announced they would open the bidding, and while the F-35 was a possibility, also in the running were the Saab Grippen E of Sweden, the Eurofighter Typhoon of Airbus Defence and Space of Britian, and the U.S. Boeing Super Hornet. 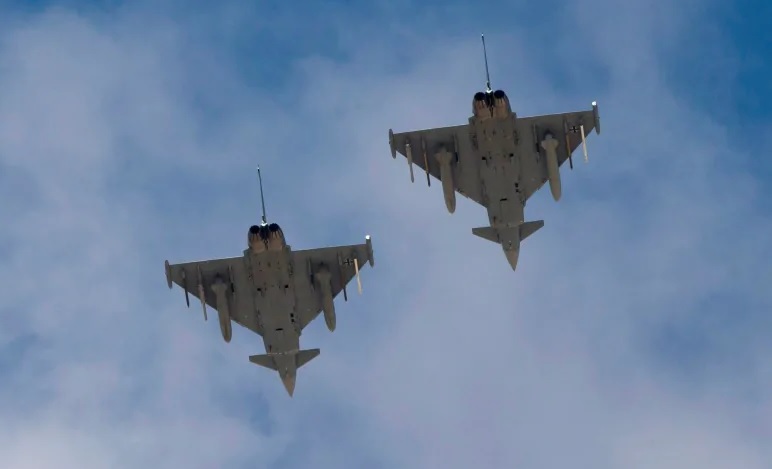 U.S claims of “unfair” and threats to withdraw

Now a Canadian think tank citing letters written by Pentagon officials last says the U.S has threatened to pull the F-35 out of the competition, saying the Canadian Industrial and Technological Benefits (ITB) Policy, was not part of the F-35 development deal, and it puts the plane at a disadvantage in the bidding.

A letter written by Vice-Admiral Mathias Winter of the U.S. Navy dated December 18.2018 said,  “If the ITB requirement remains in effect, an F-35 offer will not be provided. We look forward to Canada reaffirming its status as an F-35 partner and hope the ITB issue will be resolved quickly so the F-35 is able to compete.”  The letter was sent to the senior director of fighter jet programme at Public Services and Procurment Canada

No sooner had this news been made public than the U.S government began urging Canada to buy a U.S made fighter for the $26 billion dollar programme, ie, the Super Hornet or F-35. 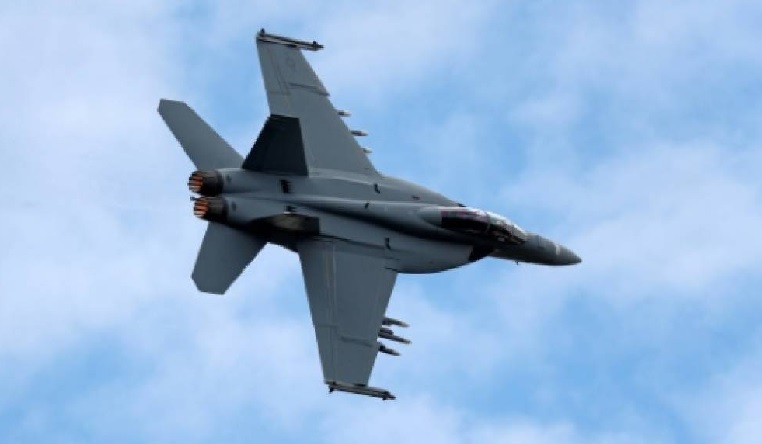 The Boeing Super Hornet resembles the F-18 Hornet but is in fact a much different aircraft, Of note is the notch in the wing, something pioneered by Canada’s Avro Arrow in the 1950’s.. Canada was to buy several Super Hornets as a stop gap to replace some of it’s F-18s but a trade dispute ended that plan, and instead Canada bought used Australian F-18s. (AFP- Arian Dennis)

They said it is crucial that any new purchase be able to work alongside U.S military aircraft involved in the North American Aerospace Defense Command (NORAD) which patrols and controls airspace over the continent, especially in the far north.

A spokesman at the U.S Embassy in Ottawa quoted in the Globe and Mail citing crucial inter-operability said his government remains, “hopeful that U.S. firms are able to participate in open and transparent competition processes that can support Canada’s NATO and NORAD obligations, especially when it comes to co-operative engagement capabilities.”

The two European models would have some technical difficulties integrating into fully integrate into the NORAD alliance.

The Canadian government is expected to announce the bidding process for some 88 new fighter jets at the end of May.

How the Canadian general election turns out just a few months later and a possible change of government may affect a purchase is not known. Previous government changes have resulted in cancellation of major contracts. When the Liberals took office in 1993, they cancelled the major military helicopter replacement contract incurring a charge of $483 million in penalties and restarting a multi year search for replacements for the ageing Sea King model,