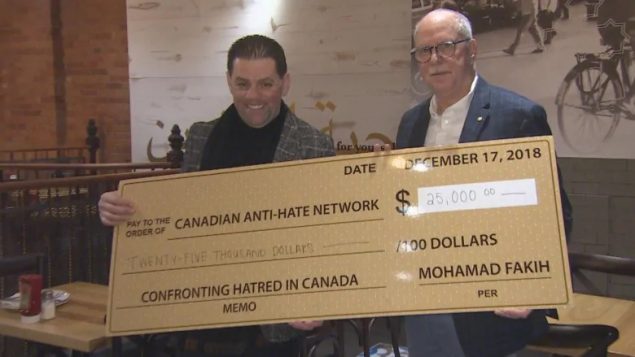 Like a lot of other places, Canada is no stranger to anti-Muslim crusaders who fancy themselves ready to lead their fellow citizens into political battle.

One of them is a self-styled media personality and former candidate for mayor in the Toronto suburb of Mississauga named Kevin J. Johnston.

Johnston likely may have a better understanding today about just how much his ideas are worth.

In a decision released Monday, Ontario Superior Court Justice Jane Ferguson ordered him to pay a total of $2.5 million in damages for defamation to Mohamad Fakih, the founder and owner of a chain of Middle Eastern restaurants called Paramount Fine Foods.

In 2017 Johnston, who once had website called FreedomReport.ca,, and another man shot a series of videos outside a Paramount restaurant in Mississauga during a fundraising event for Prime Minister Justin Trudeau. 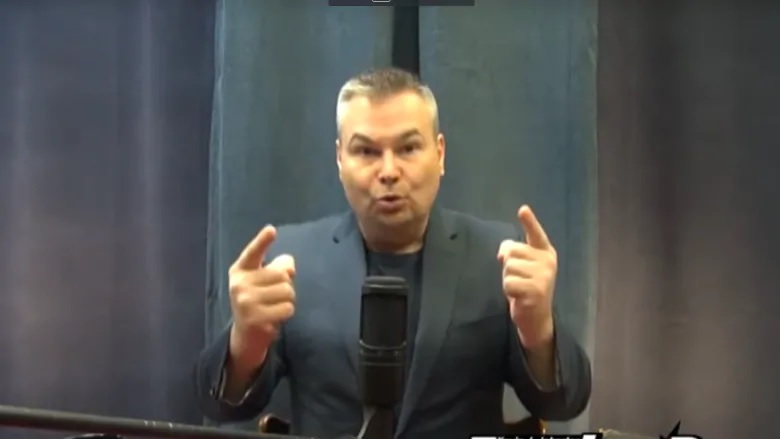 The Ontario Superior Court of Justice released its decision Monday against Kevin Johnston and FreedomReport.ca for defamatory statements against Mohamad Fakih and Paramount Fine Foods. (YouTube)

The videos–posted online–showed Paramount’s facade and a doctored photograph of Fakih with blood on his hands.

He also alleged the chain barred staff from admitting anyone who wasn’t a “jihadist.”

Justice Ferguson wrote that when served with notice of the defamation suit, Johnston doubled down on his claims in a series of new videos, describing Fakih as a “radical Muslim” who “hates white people.”

Tensions further escalated in April 2018, she wrote, when Johnston allegedly approached Fakih while he was at a Mississauga shopping mall with his children,

Johnston briefly posted the encounter to his online platforms. 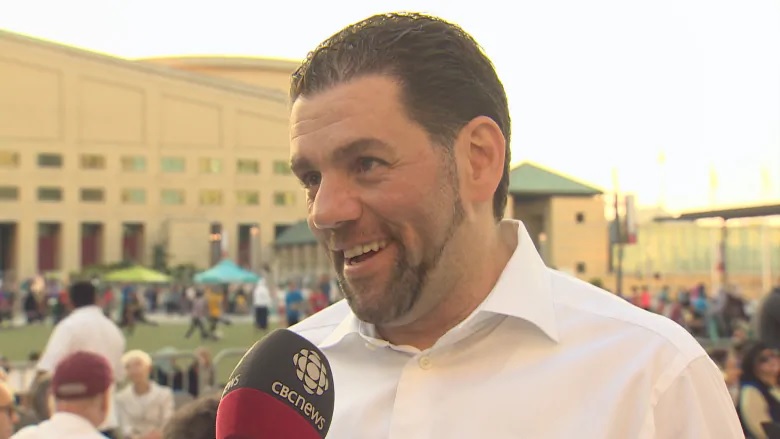 Mohamad Fakih sued Kevin J. Johnston and his online publication, FreedomReport.ca, for a series of videos and online posts made beginning in July 2017 featuring false comments about him and his Paramount restaurant chain. On Monday a judge ordered Johnston to pay Fakim $2.5 million in damages. (Mehrdad Nazarahari/CBC)

“In this fractious 21st century — where social media and the internet now allow some of the darkest forces in our society to achieve attention — (issues raised by the case) are numerous and profound, and their impact extends well beyond the borders of this country,” she wrote in her decision.

“Motivated by ignorance and a reckless regard for acceptable norms, the Johnston defendants’ behaviour reflects a contempt for Canada’s judicial process, an abuse of the very freedoms this country affords them and a loathsome example of hate speech at its worst.”

Justice Ferguson accepted Fakih’s contention that both his business interests and personal reputation were impacted by Johnston’s baseless claims and awarded Fakih damages based on his standing in the community, the seriousness of the defamatory statements, the extent of their publication, the lack of an apology from Johnston and the defendant’s conduct.

The other man who appeared in Johnston’s videos, Ron Banerjee, was originally named in the defamation suit.

The action against him was later dismissed after he issued an “unqualified apology” for his words and actions.

Following that ruling, Fakih donated $25,000  to an organization dedicated to monitoring and countering hate groups.