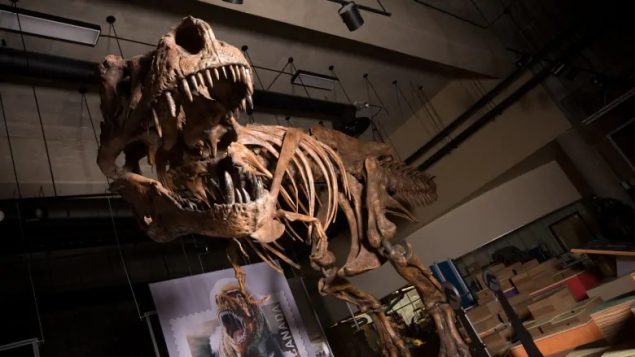 Saskatchewan’s ‘Scotty’ has officially dethroned ‘Sue’ from Chicago, as the biggest Tyrannosaurus rex ever found ( Amanda Kelley/Submitted by Scott Persons)

Saskatchewan, one of Canada’s prairie provinces, is now home to the largest and oldest specimen of a Tyrannosaurus rex. The well-preserved fossils, about 65 per cent of the beast, were found back in 1991, but it was only able to be removed from the hard sandstone in 2014.

Work then began on cleaning, preserving and assembling the almost 70 million-year-old terror. Today a replica was unveiled at the Royal Saskatchewan Museum. 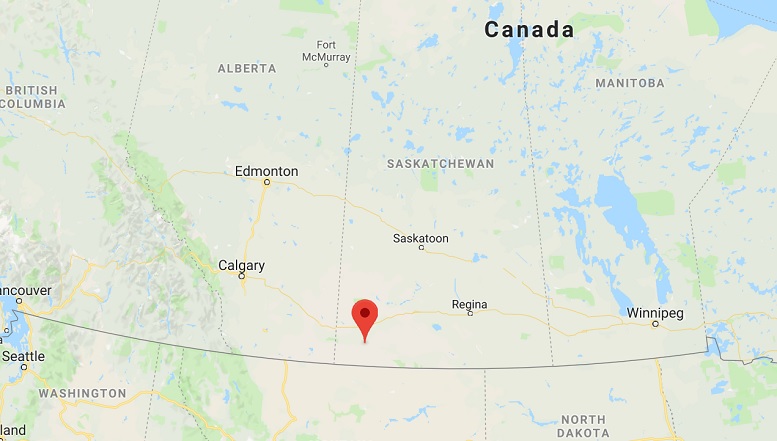 Showing approximate location of where the T-rex was found, near the town of Eastend, in a badlands area in south-west Saskatchewan (google)

Estimated to have been about 30-years-old at death with a living weight about 8,800 kilograms, and some 13 metres long, this beast was heavier, older, and bigger than “Sue” the previous biggest T-rex, which is on display in Chicago. 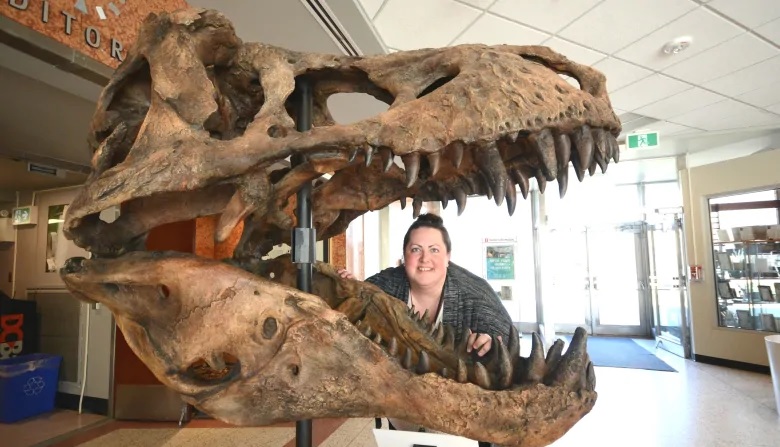 The top T-rex has been named “Scotty”.  Scott Persons of the University of Alberta is the lead author of the study looking into the creature’s size. He says the name is just a coincidence, and the specimen is actually named after Scotch Whisky, which has been consumed to celebrate finding the skeleton.