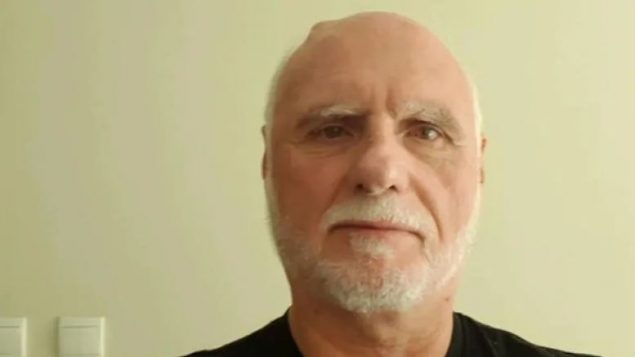 Prime Minister Justin Trudeau is running out of time to secure the release of a Quebec man who exposed a multimillion fraud at one of Dubai’s largest gold trading companies but is now himself facing criminal charges in the case, says the man’s son.

Alexis Gauthier told Radio Canada International the federal government has mere hours to stop the extradition of his father, André Gauthier, from Oman to the United Arab Emirates.

The 65-year-old expert in precious metals trading is being sought by U.A.E. authorities after he reportedly exposed a $30-million US misappropriation case at Gold AE, a gold trading brokerage company he was hired to grow in 2013.

“I think Mr. Trudeau now has to stand like a man while Canada is watching him,” Alexis Gauthier told Radio Canada International, minutes after listening to his father’s jail cell interview with Radio-Canada.

“He’s got a good opportunity to show his leadership. I think it’s now or never.”

An interview in handcuffs

Gauthier said he was in the town of Sohar, about 200 kilometres northwest of the capital, Muscat.

Gauthier said his police escorts had stopped at the local police station in Sohar to spend the night there before driving to the border with the U.A.E. Wednesday morning to hand him over to Dubai authorities.

“I’m speaking to you with both hands handcuffed, dear sir,” Gauthier told Gravel. “I’m waiting for them to remove the handcuffs so I can go to the cell to spend the night there.”

Gauthier said he was allowed to keep his cellphone during the day but his guards were about to take it away.

The federal government has followed his case over the last four years and is very well aware of the situation, Gauthier said.

However, Ottawa has been reluctant to intervene in the judicial proceedings and has acted as a passive observer in the case, Gauthier said.

Gauthier said the Emirati authorities are accusing him of misappropriation of about $30 million US from Gold AE, even though he wasn’t even in the country yet when the funds were diverted.

Gauthier said that, in fact, he was the person who alerted the company’s board of directors that funds from one of its branches were being diverted and he was tasked by the chairman of the board of the company, a member of the royal family, to find out what was going on.

Following a five-month investigation of the fraud in 2015, Gauthier said, they filed civil and criminal complaints against the people who had misappropriated the funds and fled the country, but to this day nothing has been done to bring them to justice.

Instead, he is being scapegoated for the crimes committed by others, Gauthier said.

Gauthier said he was in good spirits despite the ordeal and was thankful for the efforts of his family and friends to get him out — but his voice broke down as he thanked Gravel the moment the Omani police officers took away his phone.

Time to ‘get creative’

Speaking to reporters Tuesday, Trudeau said he is well aware of André Gauthier’s case and has “been closely following his case over the past months and years.”

“We are, of course, preoccupied with the situation of any Canadians who are in difficulties overseas,” Trudeau said. “We’ve been very, very active as a government on that. We’re going to continue to engage.”

Alexis Gauthier said it’s time for the prime minister “to get creative.”

“They had four years to do something while they knew that André was innocent and they’ve done nothing,” Gauthier said. “If they want to regain a bit of their credibility, they have to act right now.”

Alexis Gauthier said his father was arrested and spent nearly 16 months in detention in Dubai from December 2015 to April 2017.

“He has undergone a long and traumatic ordeal in the U.A.E., including over a year in arbitrary detention without charge, all because he remained in the country trying to recoup the losses suffered by Gold AE investors, and to restore the company to solvency,” he wrote in a letter to Trudeau Monday, pleading for the prime minister’s help.

After it became clear that he could not receive a fair hearing in the U.A.E. court system, Alexis Gauthier said, his father decided to return to Canada. He was stopped in Oman before he could board his flight and has been in detention for the last three months.

Officials in Oman and the U.A.E. could not be reached for comment.